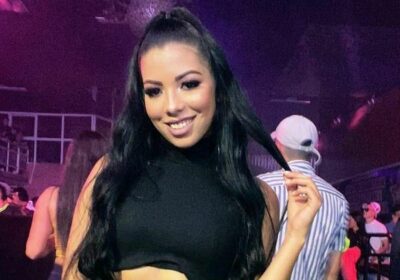 The "jealous" boyfriend of a glam DJ has been arrested in an airport after her body was found dismembered inside a suitcase.

A homeless person stumbled across the body of Colombian Valentina Trespalacios and reported it to authorities as her American lover John Poulos, 35, was picked up by police in Panama as he allegedly attempted to board a flight to Istanbul, Turkey.

Poulos was taken into custody yesterday (Tuesday, January 24), charged with the killing of the 23-year-old victim, who was strangled to death and dismembered before being placed in the case and dumped in a wheelie bin in Bogotá, Colombia.

He is waiting to be extradited to Colombia to face charges of femicide, a specific criminal offence in the South American country. Days before her death, Valentina reportedly moved into a rented home with the suspect and they planned to get married soon.

Valentina and John had been dating for around eight months prior to her alleged murder on 22 January.

The couple met a music event where the victim was performing as a DJ.

Colombian authorities confirmed that the suspect had fled to Panama just hours after the body had been found.

Two days before her death, Valentina sent her mother Laura Hidalgo a video of the couple listening to music in a car with John behind the wheel.

Laura told local media: “He had good intentions. He met us, her brothers, he had the intention of getting married, making a life here in Colombia with her, investing in Colombia.

“He became very obsessed with my daughter and he was a little jealous.

“He had an argument in December with my daughter and it was out of jealousy because my daughter had many suitors because she was very beautiful.”

The victim’s family said he has since deleted all his social media pages and cut off all contact with them.