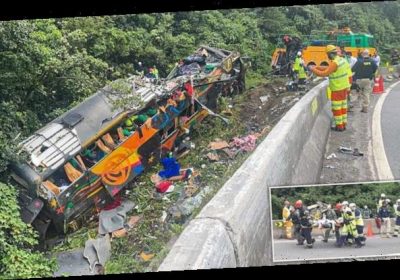 At least 19 people, including several children, have been killed after a bus veered off a road and rolled down an embankment in Brazil.

One child and five teenagers died in the crash in a mountainous region near Guaratuba, a city in the southern state of Parana.

Of the 56 people on board, 19 have died, with a further 33 injured – seven of whom remain in a serious condition. 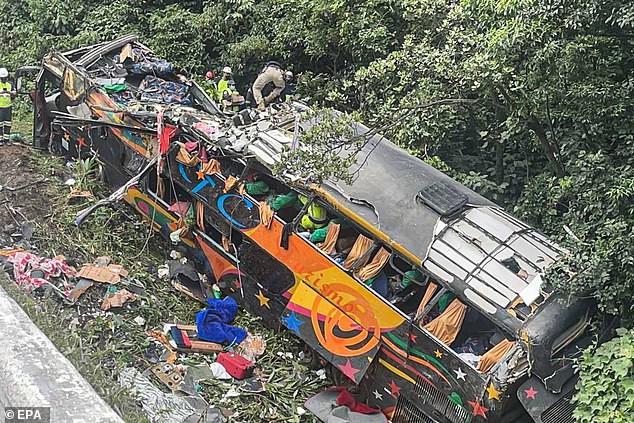 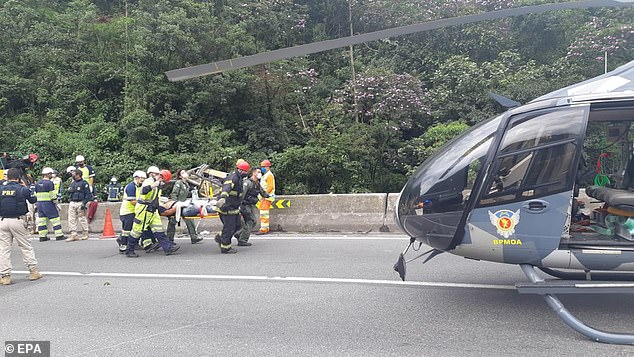 The crash left 19 people dead, along with 33 injured. Seven of those injured remain in a serious condition in hospital following the crash at around 8.30am local time

The driver is said to have careered off the road around 8.30am local time near a bend called Curva da Santa in an area known as Serra do Mar, a 900-mile long system of mountain ranges and escarpments.

Pictures from the scene showed the coach at the bottom of a steep embankment on its side.

Initial reports put the number of dead at 21 before they were subsequently reduced to 19. 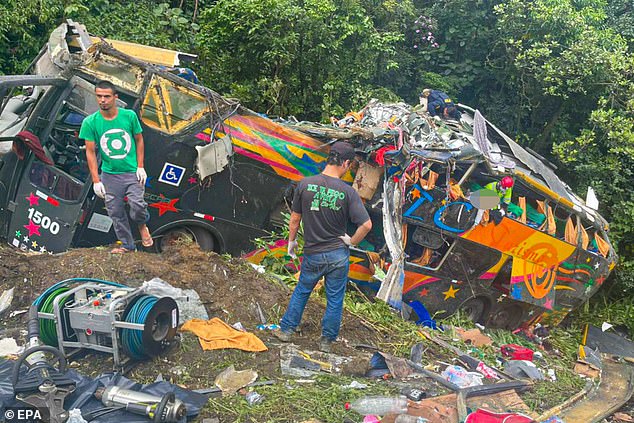 The coach was reportedly on its way to the major beach resort city of Camboriu in the southern Brazilian state of Santa Catarina.

No other vehicles are said to have been involved, while the coach driver has been taken away for questioning.

A total of 54 passengers were on board the coach at the time along with two drivers.

It had come from the northern Brazilian city of Ananindeua.