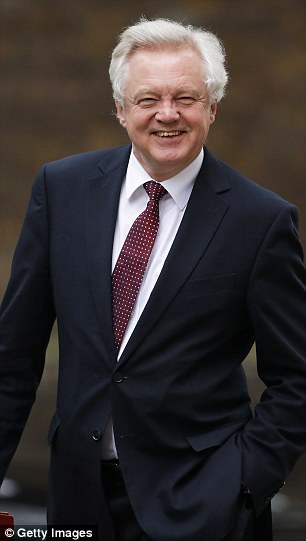 David Davis has pledged not to betray the British fishing industry like Edward Heath did in the 1970s.

The Brexit Secretary said he could understand why fishermen feel ‘nervous’.

But he promised that by the 2020s – after the Brexit ‘transition’ period – the UK will finally experience the benefits of leaving the EU and having full control of its own waters.

Mr Davis’s comments come days after it emerged that the quota regime will not be specifically reformed after Brexit.

A leaked draft of the Fisheries White Paper suggests that large foreign firms are set to keep their rights to fish in the UK’s coastal waters.

Asked whether he was selling out British fishermen, Mr Davis told the Daily Mail: ‘No. But during the implementation period we can’t pick and choose. We don’t have time for that.

‘I can understand why the fishermen are nervous. Back in the era of Edward Heath their interests were not served well.

‘I give them a promise: we are not going to do that.

‘After the implementation period, we will control our own waters. We will start that discussion while we are still in transition.’

Mr Heath was the Europhile Tory prime minister who took Britain into the Common Market in 1973.

Mr Davis will return to Brussels next week to resume talks with Michel Barnier, the EU’s chief Brexit negotiator.

Last night the Brexit Secretary said: ‘The naysayers, those who think we should pack up or give in, are wrong. Every week we are negotiating in good faith to deliver a new relationship, with Britain outside the EU, that will stand the test of time. Next week is no exception.

‘It’s not about expecting the worst, or setting our sights low, it’s about agreeing a substantial trade deal that works for the UK and our friends and allies in Europe.

‘The British public voted for this, so let’s crack on and get it done.’ 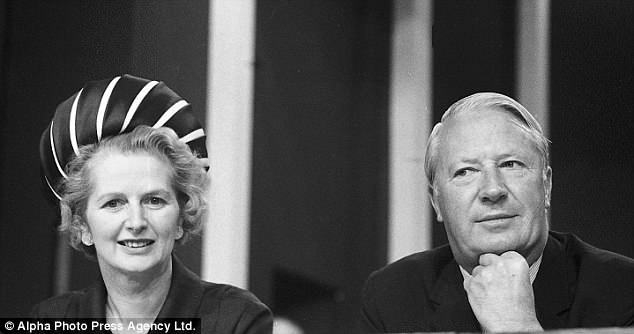 At present, around 40 per cent of England’s fishing quota is operated by foreign-owned vessels.

The leaked White Paper suggests this will not change even after we leave the EU, meaning smaller firms will be unable to access a significantly larger section of the coastal fish stock.

Responding to the revelation, Tory MP Andrew Rosindell said: ‘Getting back control of our seas and fishing grounds is one of the key reasons for voting to leave the EU and therefore the Common Fisheries Policy. That has to happen.

‘Our fishermen will expect nothing less and I trust the Prime Minister to deliver it.’

The Mail has reported in recent weeks on cases which appear to show that the Government is not straining every sinew to back its fishermen.

Earlier this month it was revealed that the Foreign Office has handed £75million-worth of fishing licences in the South Atlantic to companies from Norway, Chile and New Zealand.

Two firms based in the Falklands Islands, a British overseas territory, had their applications rejected, although one of them has now been given leave to appeal.