Nicholas Morley, 40, is accused of flying to the US under a false name. 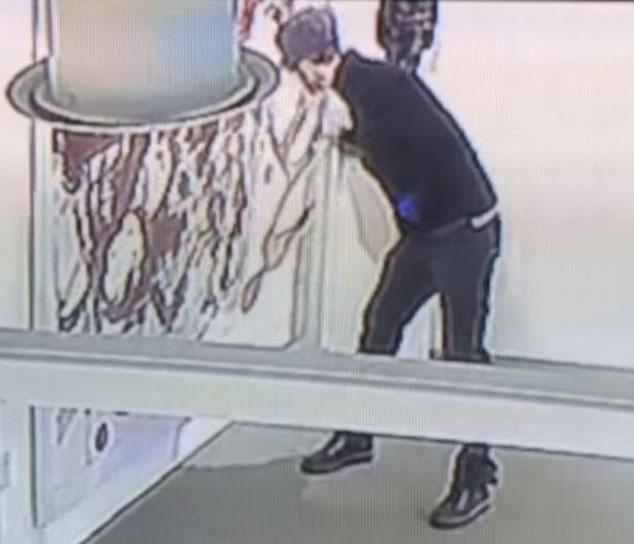 He is then said to have hired a car to drive to the Opera Gallery in Aspen, Colorado.

Once there, he allegedly took a razor to the Christopher Wool painting, owned by his property developer dad Harold, 74.

CCTV images show a man wearing sunglasses and a cap damaging the artwork and then fleeing.

Harold, who lives in the Caribbean, is said to have told the gallery the painting can be “easily restored” and he will not make an insurance claim.

After an 11-month probe officials have charged Morley, now back in London, with felony criminal mischief.

A warrant for his arrest has been issued. Officials are deciding if he should be extradited.

Morley has denied causing the damage and claimed to be the “beneficial owner” of the piece at the time.