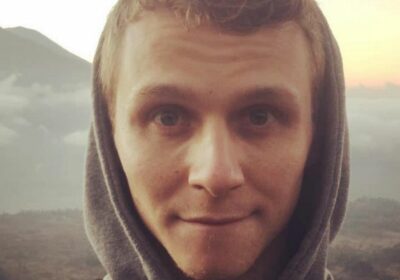 A victim of a devastating Nepal plane crash has been identified as a British national.

Nepal's aviation authority confirmed the names and nationalities of the casualties of Sunday's (January 15) horror plane crash after 68 people were confirmed dead.

Fifteen foreign nationals were on board including one Brit, identified as Ruan Calum Crighton, initially thought by Nepalese authorities to be Irish, reports the Independent.

It is understood he was travelling on a UK passport. The twin-engine ATR 72 aircraft was carrying 68 passengers and four crew members when it crashed near the Seti River about 1.6km (1 mile) Pokhara International Airport.

So far, all but four bodies have been recovered, with Chief District Officer Tek Bahadur KC stating the chance of finding survivors was "nil".

“We have collected 68 bodies so far. We are searching for four more bodies,” he said. On Sunday he said the plane had been "torn to pieces" in the horror crash, which led the vehicle to become wrecked on the side of a gorge and bodies to tumble downwards into the ravine.

Footage of the incident allegedly taken by one of the passengers as the aircraft crashed has gone viral online.

A Pokhara airport spokesperson has revealed the aircraft's pilot had requested the airport to switch runway just moments before the plane was wrecked.

Yeti Airlines, who operated the plane involved in the crash, cancelled its planned flights "in mourning for the passengers who lost their lives" and apologised “for any inconvenience caused”.

“However, emergency and rescue flights would resume,” it said.

While the reason for the horrifying crash has bot been revealed officially, it could have been caused by a combination of the pilot's miscalculations and Nepal's treacherous flying conditions. Aviation expert Professor Ron Bartsch said: "That terrain is terribly difficult to fly – very strong winds and high altitude. The runways are very, very challenging, some of the most challenging in the world.

The passengers on board included 15 foreign nationals from India, Russia, South Korea, France, Australia and Argentina. Another one of those on board was Russian travel blogger Elena Banduro, 33, from Moscow, who shared a heartbreaking social media post moments before the crash.

Shortly after boarding the plane, she posted a selfie in her seat with the words: “Go to Nepal”.

Her social media was today full of messages of condolences, and she was described as “the brightest, kindest soul we knew”.