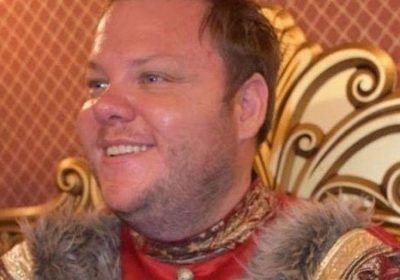 A man who went out to Mexico on a work trip is now fighting for his life after contracting the deadly coronavirus.

Terry Mills, from Devon, flew out alone to Cancun three weeks ago but has since fallen seriously ill with the virus and been placed in an induced coma.

The cancer survivor, 38, is alone in the country, with family worried sick in Britain trying to help out Terry from thousands of miles away.

In a cruel twist, they've been informed that they need to come up with £100,000 within a matter of days to pay for Terry's life-saving treatment, after the British Consulate has been unable to help.

Terry's cousin, Emma Mills said: ''We need to raise another £100,000 within the next 10 days to pay for this life-saving treatment.

''We are devastated – he is all alone out there, we can speak with the hospital staff but it's made difficult as there is a language barrier.''

Emma says that from the moment Terry first displayed symptoms to being placed into an induced coma was a matter of days.

She said: ''He began displaying symptoms on the Monday.

''By the Thursday he could barely speak as he was struggling to breathe – he was placed on oxygen.

''Then on the Saturday, the hospital said that if he was to have any chance of survival he had to be induced into a coma and placed on a ventilator for a minimum of 10 days.''

Emma says the family are heartbroken and Terry's mum is worried sick.

She said: ''The cost is astronomical – we have all clubbed together as much as we can.''

Last year, Terry – who has been describe as a 'caring, bubbly darling' – beat cancer.

Emma says: ''He has so much still to give to the world.''

In a desperate plea made on the fundraising page, a spokesperson for Terry and his family wrote: ''Imagine if it was your other half, child, sibling, friend, lying there in a strange hospital thousands of miles from home not understanding what doctors are saying to them, not allowed to have anybody with them on the ward for the fear of contagion of Covid-19.

''We are so lucky to have our wonderful NHS."

They continued: ''Times are hellish for all our families and the whole world in this brutal pandemic, but if you can spare anything, even the smallest amount of change it can help buy our darling Terry more time to let the doctors do their work and save their life, so we hopefully can bring him home to us.''

For more information or to make a donation, visit Terry Mills' fundraiser here