Brutal attacks on Jacinda Ardern 'drove her from politics' 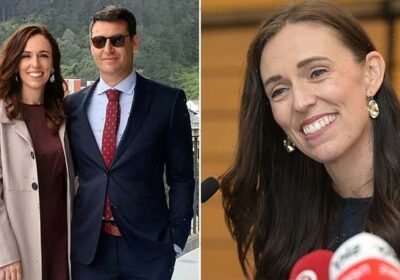 Jacinda Ardern’s shock resignation as New Zealand’s Prime Minister was sparked by the relentless criticism she and her family faced, according to the leader of the country’s Maori Party.

Ms Ardern choked back tears as she made announced she was quitting politics in an emotional press conference on Thursday, explaining that she was burnt out and had nothing left ‘in the tank’.

She denied that her decision was fuelled by the constant threats and attacks on her character during her tenure – noting that while there would be a lot of speculation about the ‘real reason’ for her departure, it was simply because she had nothing left to give. 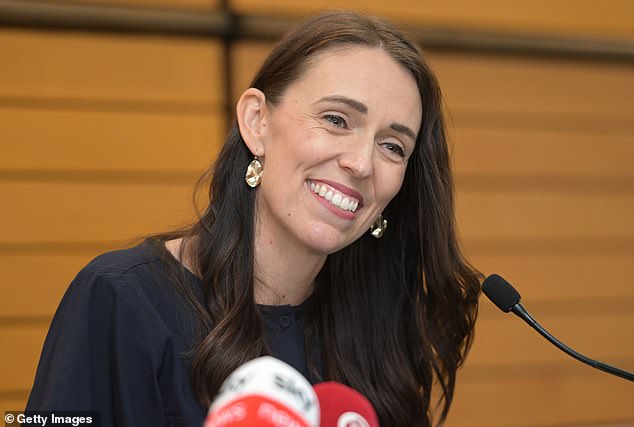 ‘It is a sad day for politics where an outstanding leader has been driven from office for constant personalisation and vilification,’ she said in a statement.

‘Her whanau have withstood the ugliest attacks over the last two years with what we believe to be the most demeaning form of politics we have ever seen.’

‘She has led our country through its darkest times with absolute dignity while managing to keep our country’s economic status in line with the most successful OECD countries in the world,’ she said.

‘Our country needed the grace of a wahine to lead us through this period of our history and she did so with the utmost humility and integrity.’

Ms Ardern said at the Labour Party’s traditional January caucus meeting in Napier that she hoped to find the energy and heart during the Christmas break to stay in the job, ‘but I have not been able to do that’.

‘Once I realised that I didn’t, I knew unfortunately there was not much alternative other than to hand over now,’ she said.

‘I am human. Politicians are human. We give all we can for as long as we can – and then it’s time. And for me, it’s time.

‘I know what this job takes. And I know that I no longer have enough in the tank to do it justice.’

‘I am leaving because with such a privileged job comes a big responsibility. The responsibility to know when you are the right person to lead – and also when you’re not. 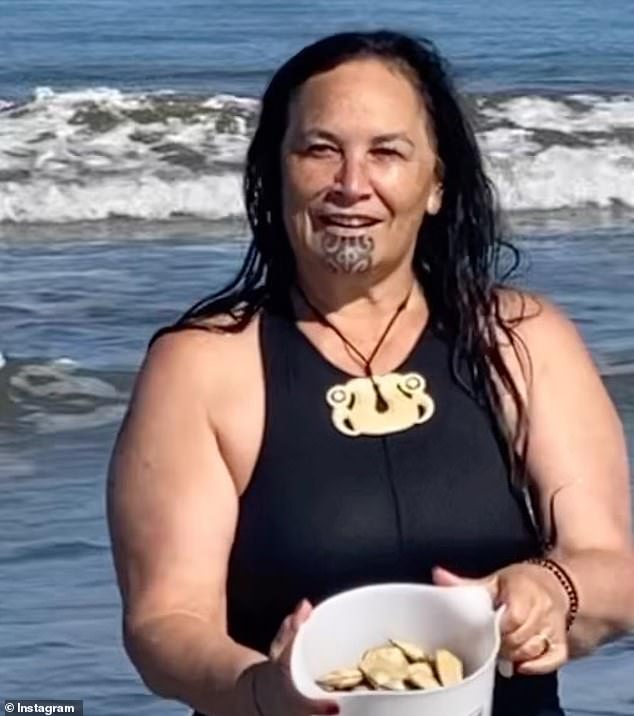 The co-leader of the Maori political party, Te Pāti Māori, Debbie Ngarewa-Packer (pictured) claimed Ms Ardern was driven from office due to ‘constant personalisation and vilification’ 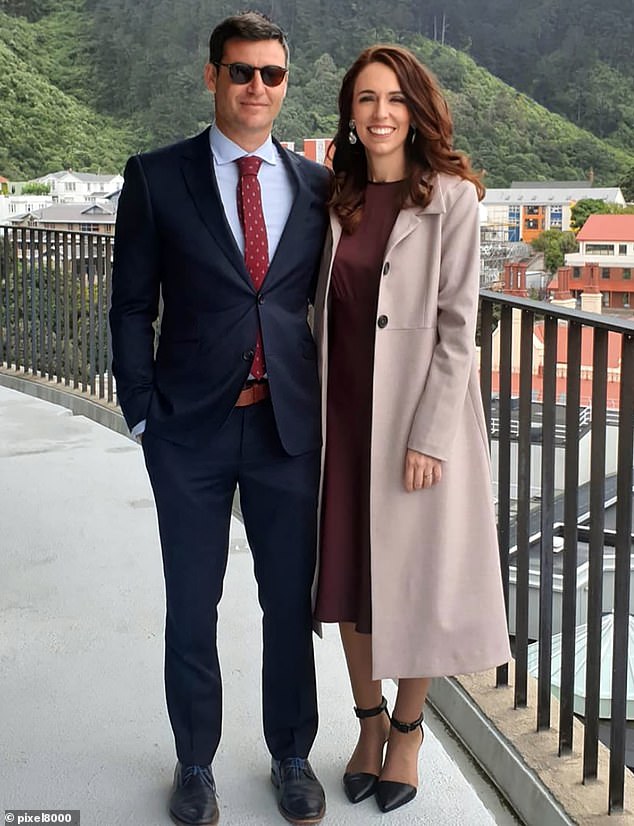 Ms Ardern (pictured right with her husband Clarke Gayford) denied the decision to resign was sparked by the constant attacks she faced while in office, saying it because she had nothing left ‘in the tank’

‘I have given my absolute all to being prime minister but it has also taken a lot out of me. You cannot and should not do the job unless you have a full tank, plus a bit in reserve for those unplanned and unexpected challenges that inevitably come along.

‘Having reflected over summer I know I no longer have that bit extra in the tank to do the job justice. It’s that simple.’

Ms Ardern resigns at just 42 after becoming leader just over five years ago on October 26, 2017. She was New Zealand’s youngest-ever PM, and before that youngest sitting MP in 2008, elected aged 28.

Her resignation comes into effect on Sunday if the Labour Party can elect her replacement in a two-thirds vote on that day, or on February 7 if the process was drawn out.

During her resignation speech, Ms Ardern announced the next New Zealand general election will be held on October 14. She will stay Mt Albert MP until April so a byelection would not be needed. 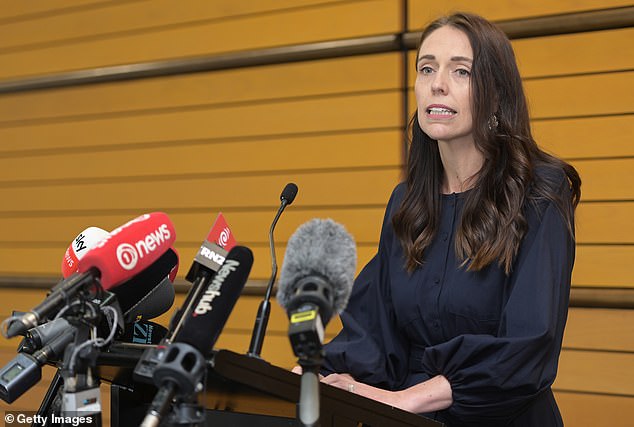 Ms Ardern said she hoped to find the energy and heart during the Christmas break to stay in the job, ‘but I have not been able to do that’ 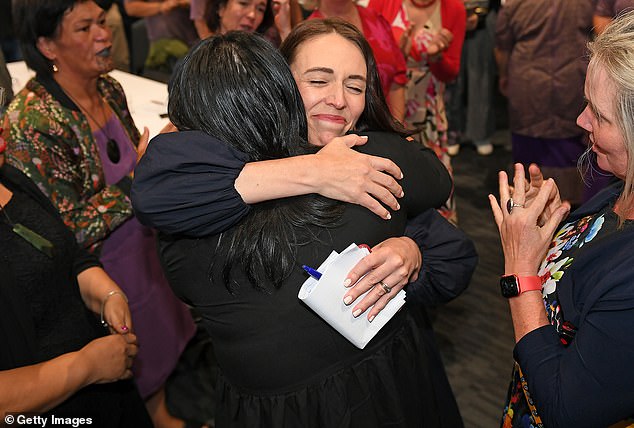 The Labour Party, which has been in power since in 2017 election, lost its consistent lead in the polls early last year. The opposition National Party vote began to surge around October 2021.

Ms Ardern’s rivals took the lead in the polls at the same time her government introduced a fresh round of restrictions as the country was hit by the Omicron Covid variant.

Her government never regained the lead in aggregated polling trends, staying slightly behind the Nationals. However, as the opposition has the support of the right-wing ACT party it would gain a clean majority if the election was held today.

Ms Ardern faced unrelenting criticism for implementing some of the harshest Covid restrictions in the world including lockdowns where New Zealanders couldn’t even buy takeaway food and a more than two-year border closure.

But she denied today that the constant attacks, which continued last year as the economy faltered and cost of living rose, played a role in her decision.

‘I am not leaving because it was hard. Had that been the case, I probably would have departed two months into the job,’ she said.

‘I know when I have enough left in the tank to do it justice. I would be doing a disservice to New Zealanders to continue.’