Home » World News » Too busy: why Turnbull will struggle to meet Xi Jinping this year

Too busy: why Turnbull will struggle to meet Xi Jinping this year Beijing: Chinese president Xi Jinping has met with 12 presidents and prime ministers in 2018, plus King Tupou VI of Tonga.

British Prime Minister Theresa May drummed up business for British universities, looking ahead to a post-Brexit world and the desire to boost exports to the world's biggest consumer market. 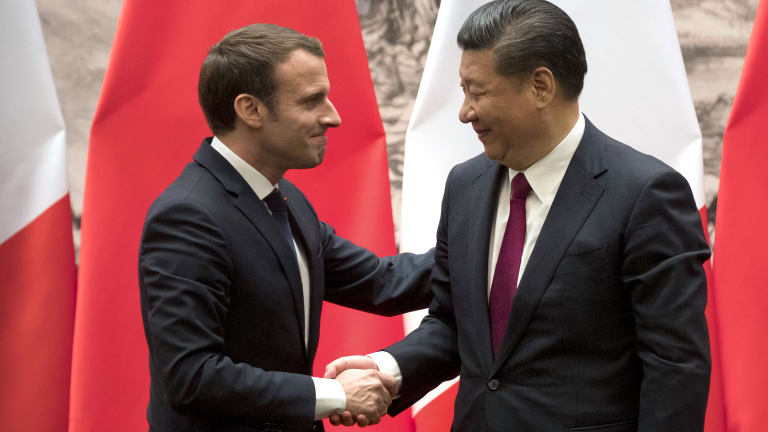 This week, India's prime minister Narendra Modi comes to China for an informal, one-on-one summit with Xi, billed as an effort to reset strained ties.

But there is a big question mark over whether Malcolm Turnbull will make it to China in 2018.

Turnbull has admitted "tension" in a relationship that has ups and downs. If a leaders meeting fails to eventuate, it will be a significant shift – down – in the Australia-China relationship.

In April 2013, then Labor prime minister Julia Gillard secured an agreement in Beijing for China and Australia to hold annual leaders' meetings. It was reported as a significant breakthrough. Gillard said it was a "big step forward" as countries competed for China's attention. 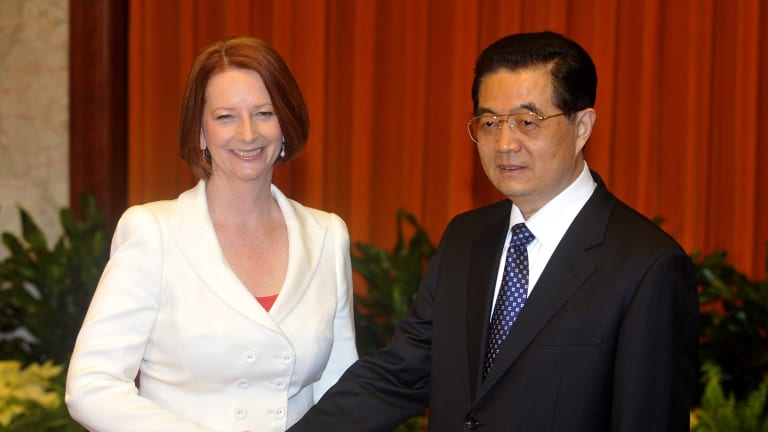 Then Australian Prime Minister Julia Gillard, shakes hands with then Chinese President Hu Jintao at the Great Hall of the People in Beijing, China, in 2011.

It was Gillard's idea. She wrote to then Chinese president Hu Jintao with the proposal in 2011. She sealed agreement from Beijing's new leadership in a phone call with the incoming premier Li Keqiang in 2013.

Liberal prime minister Tony Abbott met Xi in Beijing a year later. Abbott gave a speech at the Boao Forum for Asia, saying: "Australia is not in China to do a deal, but to be a friend". But a deal soon followed.

In November 2014, Xi travelled to Canberra, and addressed parliament. The relationship was termed a "Comprehensive strategic partnership". Seven months later, the Free Trade Agreement was signed. 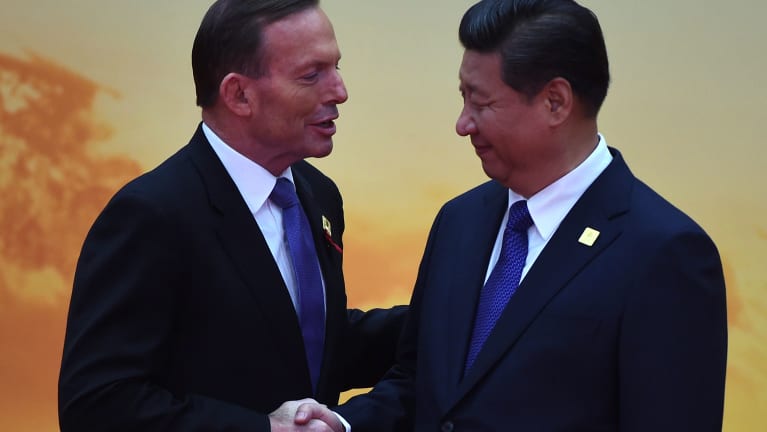 Turnbull travelled to Beijing in April 2016, meeting Xi and Li, and bringing a 2000-strong business delegation to Australia Week in Shanghai.

Last year, Li travelled to Canberra. Turnbull is due to visit Beijing this year for the leaders' meeting. Yet expectations that this will happen are now being lowered.

The word on the ground in Beijing is that Xi's calendar is crowded with so many Comprehensive Strategic Partnership's these days, it may be hard for Australia to get a look in. 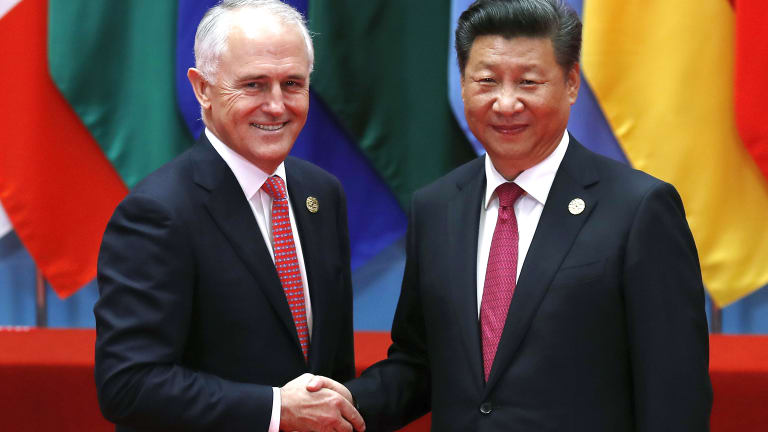 A quarter of the year has rolled by, and no date has been set.

No Australian ministers have set foot on mainland China in 2018. Trade Minister Steven Ciobo made a speech on Chinese investment from Hong Kong. He is expected to attend China's first global import fair in Shanghai in November, along with the rest of the world.

It is not so much a matter of visas for ministers being blocked, but the official invitations to visit China failing to appear.

The mood at Boao – once a platform for Australia to lobby for a FTA – was black among Australian executives, as the war of words between Beijing and Canberra directly caused invitations for Australian ministers to attend to evaporate. Australia Week in Shanghai is similarly up in smoke.

Some in the Australian business community have called for Turnbull to fix the bilateral strain by making a visit to Beijing. Such a fix may be far from possible.