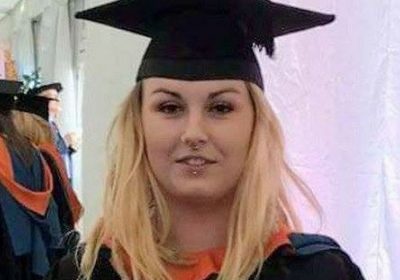 A Butlin's barmaid was pulled into the sea by a fierce wave and drowned after an argument with her boyfriend, an inquest heard.

An inquest heard Bethany had been working at Butlin's to pay off her student overdraft, and was due to move to China to teach children English.

She had been out at Sheiks nightclub with a group of friends who all worked at Butlin's on the night of her death.

Crawley Coroner's Court heard Bethany and her boyfriend of three months had an argument in the club and were asked to leave by security staff.

In a statement, the bouncer who escorted Bethany outside said she had told him: "I have been trying to please him all night but I can't do anything right."

Giving evidence Bethany's boyfriend Philip Erickson said: "We had a little bit of an argument, she said I was spending too much time with the boys, she was saying she would go home.

"I said I didn't want her to go home. When she tried to go I grabbed her arm to stop her, and the bouncer thought it was a bigger argument and fight so they told us to leave.

"I would say that I was tipsy. She was on the same level, like drunk, tipsy."

Mr Erickson said they left the club and Bethany walked ahead of him and down onto the beach, shouting at him to leave her alone.

She then stood with the sea around her legs while he stood a few paces away.

He said: "The tide was very tough. There were lots of waves. She was stood up to her shins where the water is and saying she would go in."