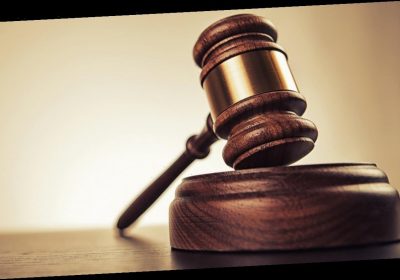 A California man convicted of double murder in the ’90s has been found suitable for parole during a hearing that prosecutors weren’t allowed to attend, according to a local report.

Howard Elwin Jones shot and killed 18-year-old Chris Baker and another boy at a party in 1988. Jones was convicted three years later, but he had been about to turn 18 at the time of the crime.

Jones was denied parole at hearings in 2015 and 2017, respectively, but he has been found eligible for youth offender parole.

The main difference between the earlier and most recent hearings is that L.A. District Attorney George Gascón’s reforms prevent prosecutors from the DA’s office from attending parole hearings or advocating against a parolee’s release.

“Howard Elwin Jones was granted parole suitability today by the Board of Parole Hearings at his 3rd hearing,” the California Department of Corrections told FOX 11. “Jones is eligible for youth offender parole. The proposal is not final. Grants of parole suitability are subject to a 120-day review period.”

Standard procedure prior to Gascón’s arrival was that the prosecutor’s office would send representatives to hearings, but one of Gascón’s reforms in his raft introduced on his first day in office included an end to that long-standing practice.

The department’s new policy compels prosecutors to “support in writing the grant of parole” for every person who has “already served their mandatory minimum period of incarceration,” according to L.A. Magazine.

“In any case where any individual committed a crime as a 17-year-old, the Parole Board will take into consideration the fact that a teenager’s behavioral and cognitive abilities were not fully developed when he committed the crime,” said Alex Bastian, a special adviser to George Gascón. “After more than three decades in prison, it is likely that the Parole Board has determined that this individual is not the same person as when he was 17.”

L.A. County Sheriff Alex Villanueva sent Gascón a letter on Wednesday, informing him that sherriff’s detectives will attend parole hearings as long as Gascón keeps blocking his own prosecutors from attending them.

“Victims should never, ever be alone,” Villanueva said. “They need to have someone with them in these adversarial settings where they have to come into contact with the same person who victimized them or killed their loved one, why on earth would we want them to be alone in this process?”

“The fact that this person is only 50 years old and did 30 years on a double homicide, it just cries for the injustice of this,” Villanueva added.