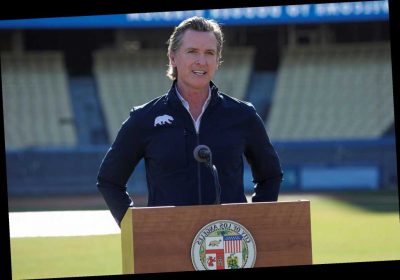 This state may have its own highly contagious homegrown COVID strain

California officials on Monday revealed more details about the new homegrown coronavirus strain that could be partly responsible for a sharp uptick of cases and deaths in the state.

Two research groups discovered the B1429 variant while looking for the highly-contagious B117 variant that has been linked to the United Kingdom, officials said at a press conference.

The California mutation — said to be in the same “family tree” as the UK variant — has now been reported in 456 cases across the Golden State, Governor Gavin Newsom said.

But the governor warned the real number of cases is likely far higher.

About a quarter of viral samples gathered at the end of last year in Los Angeles and Northern California by two different groups contained the new strain, according to the LA Times.

Newsom said the state is still working to see if the B1429 strain leads to worse infections.

Health officials are still determining if the new variant shares is more contagious than the regular strain, like its British counterpart.

“We’re concerned that it [B1429] attaches to the human cell a little more than the natural virus the one we’ve been dealing with. That might make it more contagious, we aren’t sure yet, we’re looking at it,” said Mark Ghaly, California Health and Human Services Secretary.

Cases have surged recently, while 35 percent of California’s 37,121 total coronavirus deaths have come in the past month, according to Johns Hopkins Medical Center.

Ghaly said a combination of holiday travel and the “curveball” of the new variant may be to blame.

“Look I grew up and played sports my entire life, [it] really depended on trying to understand my opponent,” Ghaly said.

“We have an opponent we’ve never seen before. We have no game film on COVID-19, we don’t know what it’s going to do, so we need to constantly be watching the plays of the day to understand what’s going to come tomorrow.”

Despite the warnings, Newsom on Monday lifted the state’s stay-at-home order, which had been imposed last month

Officials say it’s unclear if a new vaccine is needed to fight the B1429 strain, but are urging Californians to continue to get inoculated with the current shots.