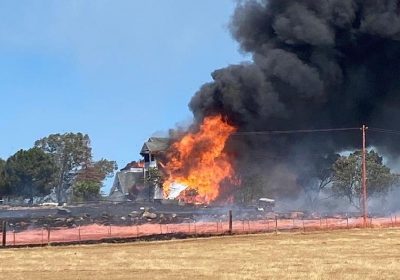 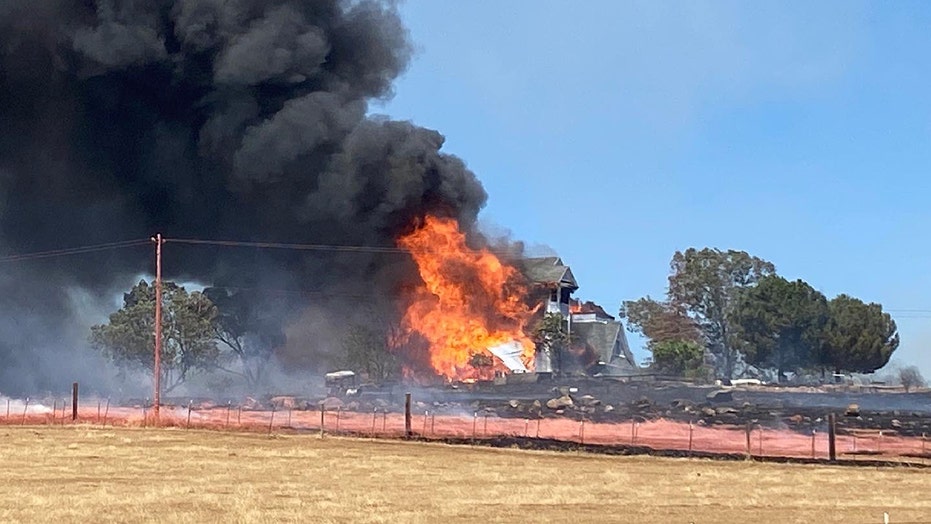 A vegetation fire that swept over 950 acres in northern California forced the evacuation of a nearby U.S. Air Force base on Tuesday.

As hot winds whipped through Yuba County, the Intanko Fire sparked at around  2 p.m. PT northeast of the town of Wheatland, destroying at least one structure and threatening others.

Cal Fire officials said the cause of the blaze was under investigation and on Wednesday morning it remained 25% contained.

The area was under red flag warnings due to the “gusty winds and low humidity.” 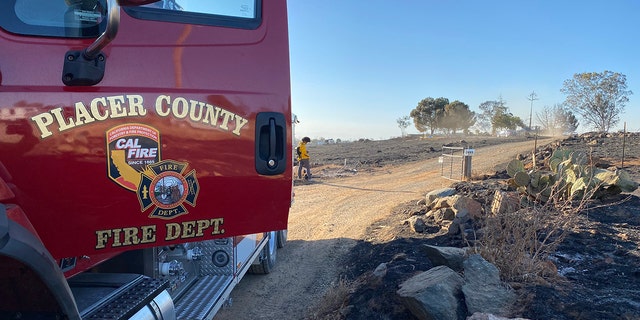 No injuries have been reported, but the fire triggered evacuation orders for housing units on Beale Air Force Base.

“By order of the Beale AFB Fire Chief, all housing residents east of East Garryanna in base housing must immediately evacuate to the *BASE GYM.* There is a wildland fire heading directly toward that area,” the military base wrote in a Facebook post. 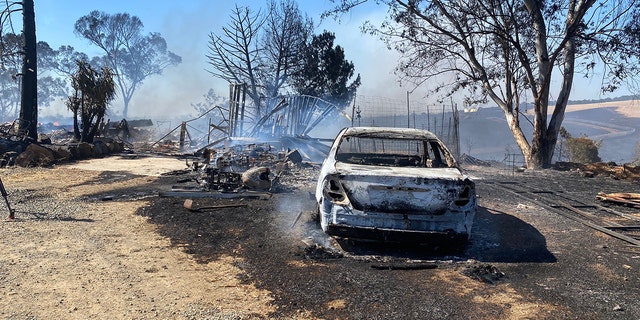 The Yuba County Sheriff’s Department said large animals and livestock could be taken to the Yuba County Posse Arena and that a temporary evacuation center had been set up at the Wheatland Community Center. 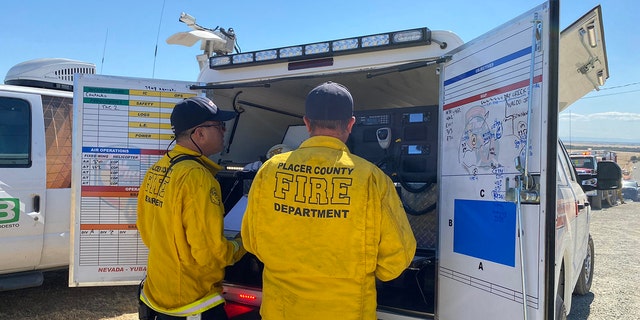 Pictures posted to Twitter by the local Cal Fire showed firefighters responding to the area, burnt cars and scorched ground.

The evacuation order for the base was lifted at 6:30 p.m. PT, according to its Facebook. 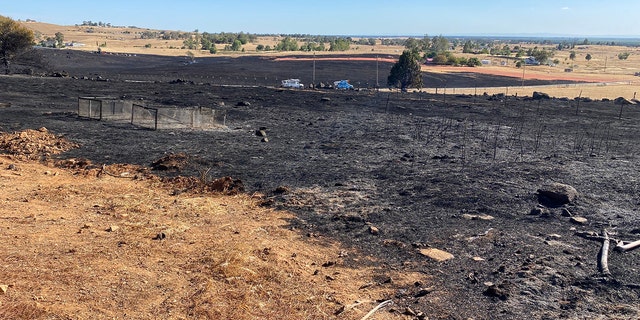 “The lifting of the evacuation order was determined based off on the Air Quality Index in the affected areas. Homes have been deemed safe for individuals to return, however, it is recommended that individuals stay inside their homes for the remainder of the evening. Individuals who believe their home is uninhabitable based on their family situation should contact their chain of command to determine alternative and reimbursable options for housing before 10:00 p.m. this evening,” it said in an update, adding that firefighters had contained the base portion of wildfire with “no structural damages of on-base facilities at this time.”

This year, Cal Fire has warned that the state has continued to “experience an increase in wildfires and acres burned compared to last year.”

The Golden State, like much of the western U.S., is in the midst of a historic drought.

Arid conditions have left hills without new vegetation and dried up reservoirs that are critical water sources for the state – an ominous sign at the beginning of wildfire season.