HALIFAX, Nova Scotia (Reuters) – The leader of Canada’s main opposition Conservative Party was forced on the defensive on Thursday over the disclosure he holds dual Canada-U.S. citizenship and his “pro-life” stance on abortion, less than three weeks before the national election. 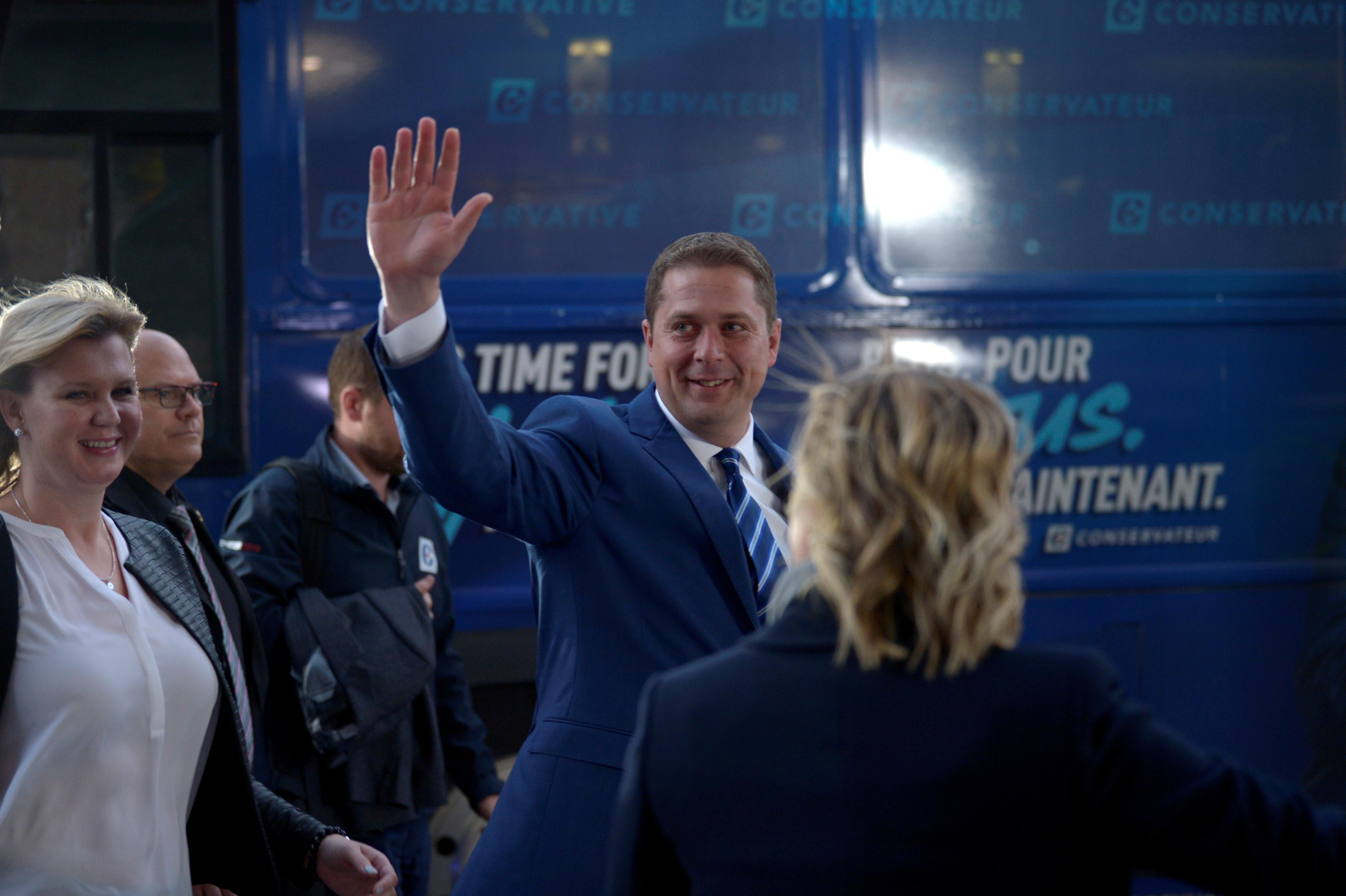 Andrew Scheer, locked in a tight battle with Prime Minister Justin Trudeau ahead of the Oct. 21 election, confirmed a Globe and Mail newspaper report that he holds American citizenship because his father was born in the United States. But he said he had asked in August to renounce it and was waiting for confirmation the process was complete.

In 2005, when he was a young Conservative lawmaker, Scheer questioned the dual citizenship of the woman who was to become Canada’s acting head of state, Michaelle Jean.

“Does it bother you that she is a dual citizen (France and Canada)?” he asked on his blog at the time.

Asked about his blog entry after a rally in a Chinese restaurant in Halifax on Thursday, he told reporters: “I asked a question at the time to my constituents.”

Scheer said his decision to give up his U.S. citizenship now was “personal” and that he had not mentioned it before because “no one’s ever asked me.”

In a separate statement, one of his spokesmen said Scheer had never voted in the United States and decided to give up his U.S. citizenship before the federal election campaign. In the past, the Conservative Party has been critical of rival politicians who held dual citizenship, questioning their loyalty.

Trudeau was forced to defend himself last month when old images emerged of him in blackface. The tables were turned slightly on Thursday.

“Over a million Canadians hold dual citizenship – it’s part of what makes Canada great. But none have hidden that fact when running to be Prime Minister,” said Zita Astravas, the spokeswoman for the Liberal Party campaign.

“Andrew Scheer has been fundamentally dishonest with Canadians about who he is,” she said in a statement.

Earlier in the day, after being accused by opponents of hiding hard-line views on abortion, Scheer said he was “pro-life,” while repeating a promise not to limit a woman’s right to choose.

Scheer’s comments marked the first time he had directly addressed the issue since the election campaign started last month.

There are few restrictions on abortion in Canada and the Conservatives have traditionally steered clear of the topic, fearing they could alienate progressive voters.

Scheer, whose party includes legislators and officials who hold anti-abortion views, accuses the Liberals of trying to use the matter as a wedge issue. Many social conservatives backed Scheer’s party leadership bid in 2017.

Trudeau repeatedly pressed Scheer to publicly state his views on the abortion issue during a French-language debate on Wednesday. Scheer sidestepped the question, stating simply that as prime minister, he would not reopen the matter.

“My personal position has always been open and consistent,” Scheer, a 40-year-old father of five, told reporters during a campaign stop in the Atlantic province of New Brunswick.

“I am personally pro-life, but I’ve also made the commitment as leader of this party it is my responsibility to ensure that we do not reopen this debate,” he said.