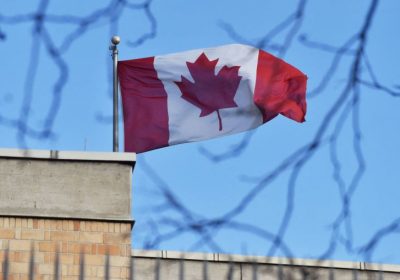 Lawmakers approved a declaration Monday afternoon (Feb 22) recognising “that a genocide is currently being carried out by the People’s Republic of China.” Though non-binding, the decision represents a clear signal from lawmakers they want Trudeau to maintain pressure on China over human rights.

The move will further strain relations between the two countries, already at their lowest point since diplomatic ties were established in 1970. Tensions have grown since the 2018 arrest of a top Huawei Technologies Co Ltd executive in Vancouver on a US extradition request. Chinese authorities subsequently jailed two Canadians on national security charges.

“Trudeau has been equivocating and passive in his approach to China, including on his position on the Uighur genocide, and I don’t think that approach is working,” Michael Chong, a member of the opposition Conservatives who sponsored the motion, said in a telephone interview.

The China file has become a major political vulnerability for Trudeau, who had sought to deepen ties with the Asian country early in his tenure only to see relations deteriorate dramatically.

He’s facing pressure from all sides: opposition lawmakers wanting tougher action, and former Liberal ministers who want his government to free Huawei’s chief financial officer in exchange for the release of the two Canadians.

Indicative of this balancing act, Trudeau and his cabinet abstained from the vote Monday even as most lawmakers in his Liberal caucus voted in favour. The motion – which passed by a vote of 266 for and zero against – also called on the government to push for the 2022 Olympics to be relocated from China.

“We remain deeply disturbed by horrific reports of human rights violations in Xinjiang, including the use of arbitrary detention, political re-education, forced labour, torture and forced sterilisation,” Foreign Minister Marc Garneau said in a statement after the vote.

“The Government of Canada takes any allegations of genocide extremely seriously. We have the responsibility to work with others in the international community in ensuring that any such allegations are investigated by an independent international body of legal experts,” he added.

The tactic sent “a strong message that it’s a genocide” and brought Canada more in line with allies like the US “without the prime minister personally shooting an arrow at the dragon,” Margaret McCuaig-Johnston, a senior fellow at the University of Alberta’s China institute, said by phone.

Business groups are worried the tensions threaten to undermine a trading relationship that has continued to deepen despite the rancor. The Conservative opposition is calling on the government to impose a ban on the import of products from the Xinjiang region, Chong said.

“I’m certain there will be a lot of speculation about what might come next, but I’m not sure it will be very useful to the issues at hand,” said Perrin Beatty, president of the Canadian Chamber of Commerce.

“Notwithstanding the many reactions coming after today, the fact remains Canada will need to continue working with allies on how to engage with China.”

China has been facing mounting international pressure over allegations of human rights violations of its Muslim minority, which the Chinese government denies. While Beijing says it’s fighting separatism and religious extremism among Uighurs, a United Nations assessment found that anywhere from tens of thousands to “upwards of 1 million” Uighurs have been detained in internment camps.

Earlier this month, US President Joe Biden expressed concern in a phone call with Chinese President Xi Jinping about what he said were China’s “coercive and unfair economic practices” as well as human rights abuses.

“There has never has been so-called genocide, forced labour or religious oppression in Xinjiang,” Chinese Foreign Minister Wang Yi told the UN Human Rights Council by video on Monday.

“Such inflammatory accusations are fabricated out of ignorance and prejudice.”