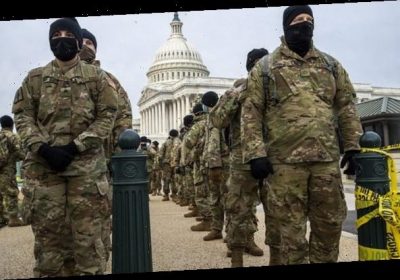 Capitol police have briefed House Democrats on three more plots to attack the US Capitol over the coming days, as the as FBI warns of armed protests in ALL 50 states if Trump is removed before Inauguration Day.

The chilling new threats to the seat of US democracy not a week after the deadly attack by a MAGA mob killed five, was delivered during a private call and described potentially ‘the largest armed protest ever to take place on American soil’.

The second attack is billed as beginning as a protest in honor of Ashlie Babbitt, the Air Force veteran shot dead inside the Capitol on Wednesday while trying to sneak inside the Speaker’s Lobby. 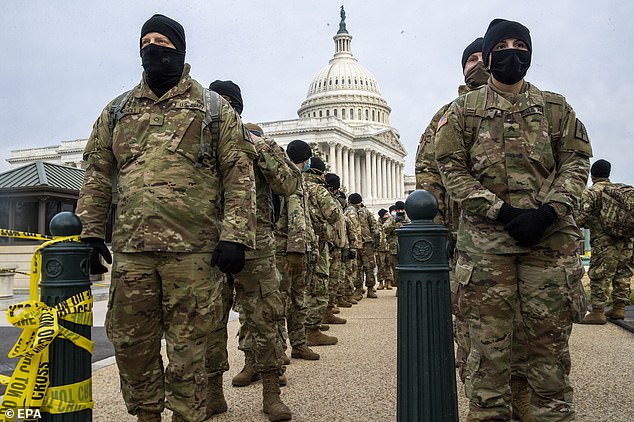 With Joe Biden’s inauguration fast approaching in nine days, Washington, DC, and cities around the US are bracing for violent protests similar to that which left five people dead at the Capitol last week. Pictured: Members of the New York National Guard line up on the East Front of the Capitol on Monday morning

The third and most terrifying plot involves a MAGA crowd forming a permineter around the Capitol, the White House and Supreme Court and blocking or killing any Democrats trying to enter.