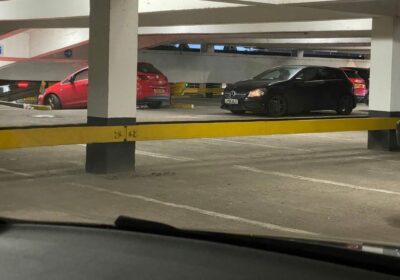 Loads of people had flocked to the city for the Christmas markets and the Rugby League World Cup final, and it all contributed to the congestion, reports the Manchester Evening News.

At least one motorist had to wait for three hours and 45 minutes to get out of the car park, prompting a wave of grumbles from fed-up drivers who say the give-way exits are not sufficient to let them get out of the multi-storey.

“I was stuck for three hours and 45 minutes,” said Gulshan Blanton. “I do not think that’s the very worst. It was very ridiculous.

“We just went in for the Christmas markets … and it was just nuts. I do not think I will be coming back this side of Christmas. It was not a good experience at all.”

Another driver, from Salford, had two young children with him in the car.

The dad, who asked to not be named, said: “My daughter had a children’s birthday party in the city centre. We got back to the car at around 4.45pm.

“Then we went to drive out and we got about 10 yards and we were in a queue. We were on level 12 – you sit there for 10 minutes and you think it should not take this long.

"Time was ticking along and then it was about 7.10pm when we got to level 11 – so it took two-and-a-half hours to go down one level.”

He added: “I ended up phoning the police to ask if there was a problem and to share information that there were more than 400 people trying to get out. People started abandoning their cars in the queue to get food.

“People were shouting and swearing and it all descended into chaos. The horns were constant. I could not leave the car because the children would have been on their own and they are too young to do that.”

The angry driver continued: “I would never use that car park again, ever. It’s disgusting. They have a duty of care. It’s such a simple thing. They know there’s a problem.

“The advert it creates for people outside the city is appalling.”

Transport for Greater Manchester says it does tweak traffic light timings to help flows when the city centre gets busy, but it appealed to visitors to make their way into the city on public transport.

It said it was “monitoring traffic movement” over the weekend, and made “tweaks to assist with traffic flows where we could”.