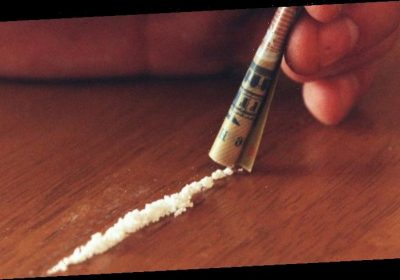 The unique impacts of COVID-19 in our state, and changes in the business model of drugs are some of the reasons why Victoria has overtaken NSW to become the state with the highest proportion of self-reported cocaine use in Australia, as The Age revealed last week. 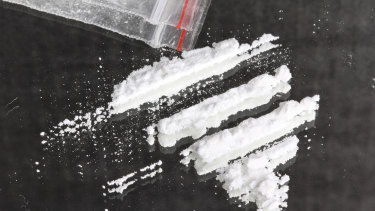 Victoria has overtaken NSW to become the state with the highest proportion of self-reported cocaine use in Australia.Credit:Shutterstock

But this stat, far from just being an interesting bit of trivia, tells a bigger story: the transformation of how drugs are consumed in modern societies.

It’s a dramatic shift. For a long time, the organised criminal groups who had a stranglehold on drug supply in Victoria were more interested in amphetamines and kept cocaine north of the border.

The criminal underworld has since integrated drugs at the wholesale and retail level, providing access to a cornucopia of illicit drugs, from cannabis to GHB, ice, MDMA and cocaine. 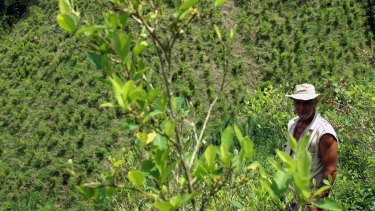 A coca farmer in his field in Colombia, the world’s biggest cocaine producer.Credit:NYT

Just because illicit drugs trade on black markets does not mean they are immune from the invisible hand. Prices are based on the interaction of supply and demand.

First, the supply side: prices in South America (still the global hub of cocaine production) have taken a battering as COVID-enforced border closures have left cartels unable to effectively move product overseas and coca farmers high and dry following a record crop in 2019.

Even before COVID-19, it was possible to purchase a kilogram of cocaine in Colombia for less than $US2000 – about a hundredth of the price in Sydney and Melbourne. Greed aside, you can retire young from one big import and, as the ready availability of cocaine confirms, most people don’t get caught.

Demand for cocaine in Victoria has been influenced by various factors including the unique impacts of COVID-19 in our state, plus a fundamental and ongoing transformation in the business model of drugs brought on by changing technology and consumer tastes.

For the average recreational drug user in the Western world, the experience of buying drugs is virtually indistinguishable from Uber Eats. Find your dealer (although some lurk on encrypted networks and the infamous ‘dark web’, many more or less openly spruik their wares on Facebook and Instagram), pick your poison and you can literally get it delivered to your door. We’ve been conditioned to ignore young men making deliveries in brown bags to apartments, so why would we suddenly notice if they were delivering cocaine rather than a pad thai? 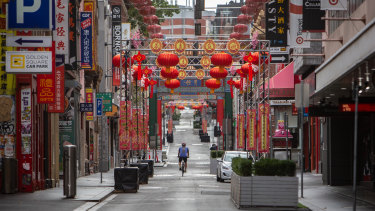 In Melbourne, many of us experienced a very strange set of circumstances in 2020.Credit:Scott McNaughton

Cocaine is by no means a cheap drug here. But we are getting richer. And, in Melbourne, the many thousands of us who work in front of a computer experienced a very strange set of circumstances in 2020: we were stuck at home, bored, but our incomes were unaffected. In fact, many of us were able to save more money in 2020 than in any previous year. We were bored, trapped at home, cashed-up, and had a great desire to blow off steam.

Perhaps we shouldn’t be surprised so many of us chose cocaine. Cocaine use does not attract nearly the same stigma as the use of heroin and ice. Where they are dark and depressing, cocaine is often seen a fun and glamorous drug.

That disparity in reputation is seen in a disparity of demographics.

Overdoses of other illicit drugs are generally quite evenly distributed across the socioeconomic spectrum. Not so with cocaine. Fully one-third of all overdose deaths involving cocaine in Australia are suffered by people who belong to the top quintile. (If you are reading this, you are probably in that same quintile.) 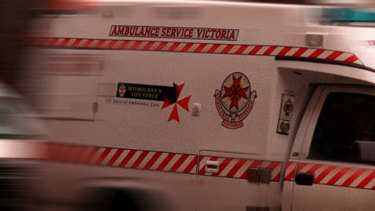 Overdoses of other illicit drugs are generally quite evenly distributed across the socioeconomic spectrum.Credit:James Davies

The actual profile of overdose deaths in Australia is very diverse. It’s people we sit next to on public transport, who serve us at the bank, sit in boardrooms, build our homes or stack shelves in our supermarkets. Most overdoses happen at home – in our cities, suburbs and country towns.

Cocaine, it’s true, does not carry the same overdose risks as heroin.

But the risks are still very real. According to Australia’s Annual Overdose Report, released by Penington Institute every year, overdose deaths involving cocaine tripled from 19 in 2007 to 64 in 2018. Perhaps these are still small numbers. But we only have overdose data up to 2018. If the current relationship between volume of use and overdose continues to hold, we would expect that number to rise in future editions of the Annual Overdose Report.

More Australians die of overdoses than on our roads.

Reports of increasing cocaine use paint a picture of a changing society and a state affected by COVID-19 like perhaps nowhere else on Earth.

But it should also concern us. And it should spur us to become more drug-literate. We need to build community knowledge, resilience and understanding of why people use drugs and how we can better manage community-wide risk.