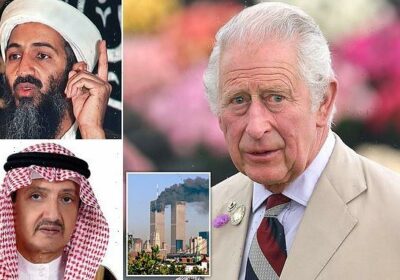 Prince Charles was plunged into a fresh fundraising scandal last night after it emerged that his charity accepted £1million from the family of Osama Bin Laden.

The Prince of Wales’s Charitable Foundation (PWCF) secured the huge payment from Bakr and Shafiq Bin Laden, half-brothers of the mastermind of the 9/11 terror attacks, it was reported last night.

The donation came after Charles held a private meeting with Bakr, 76, at Clarence House in 2013 – two years after Bin Laden was killed by US special forces.

Last night, Royal sources denied claims that Charles personally brokered the controversial deal or that he accepted the money despite objections from advisers.

They also disputed a report that one of his advisers warned the Prince that ‘it would not be good for anybody’ if it emerged that he had accepted money from the family of the founder of Al Qaeda.

But the revelation in The Sunday Times that the Prince’s charity accepted money from the family of the man behind the worst terror attack in history raises yet more questions about his judgment and the fundraising activities of his charities. 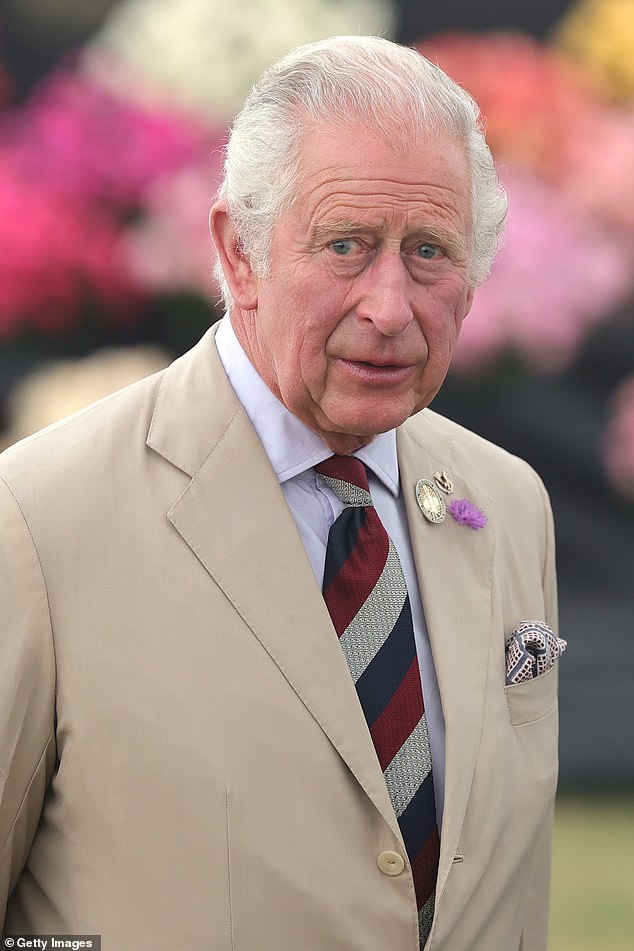 Charles, whose judgement is in question once again, is pictured at Sandringham Flower Show

It comes just weeks after it emerged that Charles accepted more than £2.5 million in cash – some of it stuffed into Fortnum & Mason carrier bags and a suitcase – from a former Qatari prime minister. 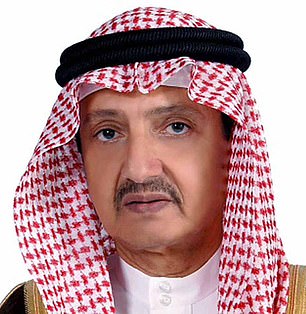 Bakr and Shafiq were related to Bin Laden through their billionaire father, Mohammed bin Awad Bin Laden, the founder of the BinLadin Group, a huge construction firm in Jeddah, Saudi Arabia.

Bin Laden is believed to have around 50 siblings and his family disowned him decades ago. There is no suggestion that either Bakr or Shafiq have sponsored or been involved in terrorism.

Bakr took over the family and its business in the late 1980s, but shortly afterwards the Saudi government moved to expel Bin Laden and take away his citizenship following his criticism of the Saudi royal family.

Bakr then removed him as a shareholder in the family companies and in 1991, Bin Laden went into exile, living in Sudan and then in Afghanistan, where he plotted the 9/11 attacks.

Prince Charles was reportedly introduced to Bakr in June 2001 by Prince Khalid Al-Faisal Al-Saud, a Saudi royal. Four months later, on October 13, 2001 – four weeks after the Twin Towers attack – the Prince of Wales dined with Bakr at Highgrove, his Gloucestershire home, to discuss the Islamic faith. Charles is the patron of the Oxford Centre for Islamic Studies, where the Bin Laden family funds a fellowship programme.

The official Court Circular reveals the pair met again at Clarence House on October 30, 2013. The Sunday Times alleges Charles ‘brokered’ the £1million payment after this meeting – a claim disputed by royal sources. 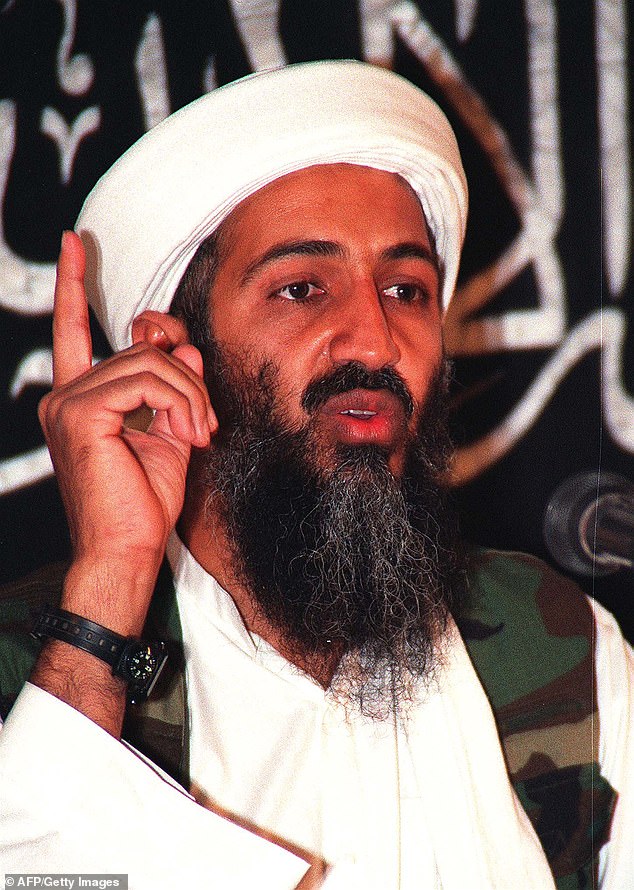 The newspaper alleged that several of Charles’s advisers, including at least one trustee, pleaded with him in person to return the money, warning that he would suffer serious reputational damage if he was associated with money from the Bin Laden family.

It is claimed they were ‘very vociferous’ with the Prince but were ‘shouted down’. These accounts are also disputed by those close to Charles.

One source allegedly said: ‘The fact that a member of the highest level of the British Establishment was choosing to broker deals with a name and a family that not only rang alarm bells but abject horror around the world … why would you do this? I just didn’t feel any member of the British Royal Family should be involved in that sort of undertaking.’

The Mail on Sunday understands that the Foreign Office was consulted about the PWCF accepting money from the Bin Laden family and gave its approval.

Insiders say the charity’s five trustees closely examined whether to accept the money and ultimately decided to do so on the grounds that the horrific actions of Bin Laden should not tarnish his family. 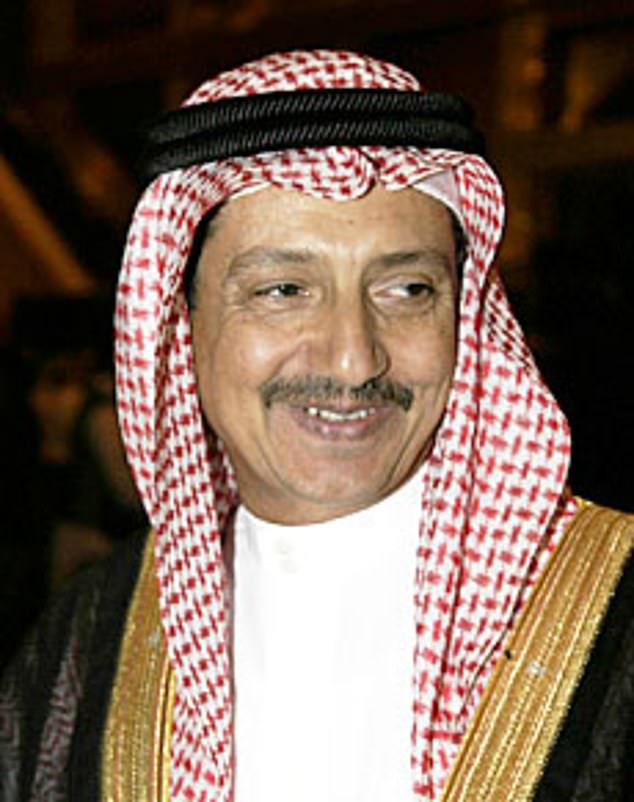 Chairman Sir Ian Cheshire said the decision to accept the donation was taken by the five trustees.

Sir Ian said: ‘The donation from Sheik Bakr Bin Laden in 2013 was carefully considered by PWCF trustees at the time.

‘Due diligence was conducted, with information sought from a wide range of sources, including government. The decision to accept the donation was taken wholly by the trustees. Any attempt to suggest otherwise is misleading and inaccurate.’

A spokeswoman for Clarence House said: ‘The Prince of Wales’s Charitable Fund [the PWCF’s trading name] has assured us that thorough due diligence was undertaken in accepting this donation. The decision to accept was taken by the charity’s trustees alone and any attempt to characterise it otherwise is false.’

‘It is a real shame that there is another allegation against his judgment – that he has made another misjudgment,’ she said.

‘It is serious for him because there is so much chaos within the family at the moment, of people being nasty and making accusations. 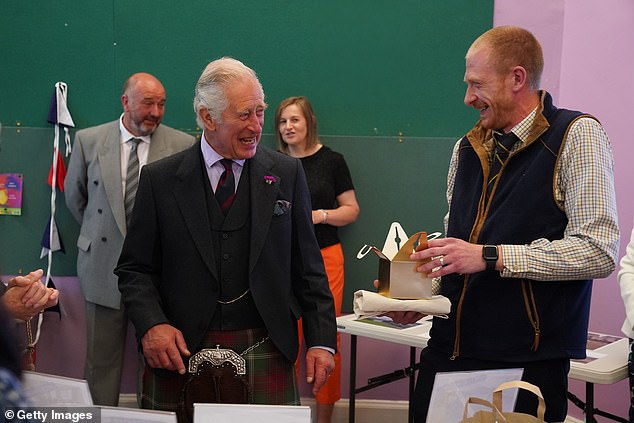 ‘Especially with the Queen at her age, he is very close to taking over and being King. It leaves a stain. It is not a case of just getting the money, it is obviously a case of thinking about the impression that that leaves.’

The payment represents the second fundraising scandal to hit Charles and the PWCF in as many months.

Last month it emerged that the Prince was said to have personally received £860,000 stuffed into carrier bags from the Fortnum & Mason department store from Sheikh Hamad bin Jassim bin Jaber Al Thani.

The Charity Commission ruled out investigating the donations and royal sources have stressed such donations would not happen now.

In a separate controversy, The Mail on Sunday revealed last September that Charles’s closest confidante, Michael Fawcett, had offered to help a Saudi billionaire obtain a knighthood and British citizenship in exchange for cash donations.

Clarence House said the Prince had ‘no knowledge’ of the alleged cash-for-honours scandal.

The latest news will throw a spotlight on those charged with advising Charles on sensitive financial matters. ‘It’s up to his aides to have warned him about this and advised him that perhaps he should get that £1million from somebody else,’ Ms Levin said.

‘He has to be extremely careful that he doesn’t put himself in a position where he is innocent but the impression is very negative.’

The Prince of Wales built up a high profile in Saudi Arabia during the 1990s because of his prominent speeches extolling Islam.

The Bin Laden family were branded the Rockefellers of Saudi Arabia because of their infrastructure projects and reaped huge wealth thanks to their proximity to the Saudi royal family. On September 19, 2001, 13 members of the family left the US with other Saudis.