Home » World News » Charles to make brother Duke of Edinburgh – but not for 8 years, expert claims

Charles to make brother Duke of Edinburgh – but not for 8 years, expert claims 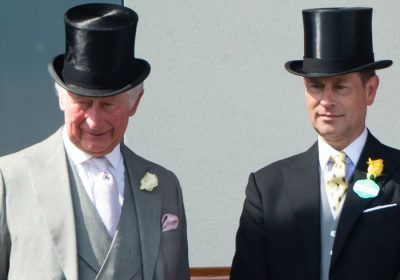 With the sad death of Prince Philip, there’s speculation about who might be the next Duke of Edinburgh.

Now, according to former Buckingham Palace press officer Dickie Arbiter, the title will be given to Earl of Wessex Prince Edward – but not until 2029.

As the late Duke’s eldest son, Prince Charles inherited the title on Prince Philip’s death. But there was immediately widespread speculation that he would gift the title to his youngest brother Edward.

In 1999, Buckingham Palace announced that Prince Edward would succeed his father in "due course".

However, royal insiders have been claiming that Charles was now reconsidering the disposition of the title as part of his plans for a "slimmed-down royal family".

A source close to Charles told the Times: "The Prince is the Duke of Edinburgh as it stands, and it is up to him what happens to the title. It will not go to Edward."

Another royal insider added: "Edinburgh won’t go to them (the Wessexes) as far as the prince is concerned."

But now Dickie Arbiter, who was press secretary for Her Majesty the Queen from 1988 to 2000, has shared his insights on the controversy.

"Time for speculation, without substance, to cease."

After Edward's marriage to Sophie Rhys-Jones in 1999, the Queen granted him the title of the Earl of Wessex, a title he reportedly chose himself.

Edward is philosophical about whether the title comes his way or not. He said in a BBC interview: "It was fine in theory, ages ago when it was sort of a pipe dream of my father’s.

"Of course it will depend on whether or not the Prince of Wales, when he becomes king, whether he’ll do that, so we’ll wait and see."