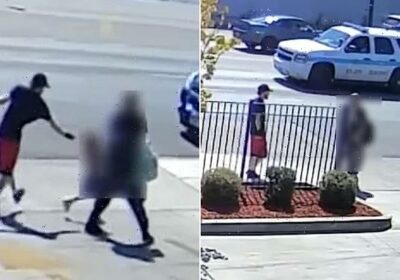 Chilling moment Chicago creep tries to BUY little girl off her mom on sidewalk, then attempts to drag youngster away by her hair

A creep was filmed trying to buy a little girl off her mom in Chicago, and attempting to abduct the youngster by pulling her hair after being ignored.

The attempt took place on West Fullerton Avenue and North Leclaire Avenue near the city’s Belmont Cragin area on Thursday at 11:58 am, according to the Chicago Police Department.

The stranger walks past the mother and her young daughter in broad daylight, the video shows, before coming back and engaging in conversation with the woman.

Soon after, he bizarrely offered an unspecified amount of money to buy the child off of her, a police report revealed on Saturday.

The victim’s age is unclear, and neither she nor her mom have been identified.

The parent refused and walked away from the man along with her daughter, whose hand she wasn’t holding. Just seconds later, the suspect attempts to snatch the little girl from her mom by pulling her hair.

The mother, who is carrying a backpack, instantly grabbed her child out of fear while the man continues to walk down the street, downplaying what had just happened. 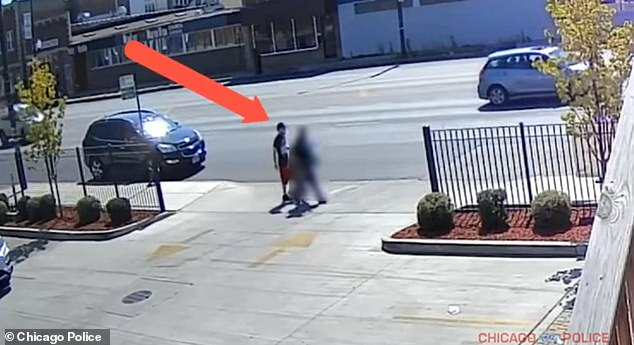 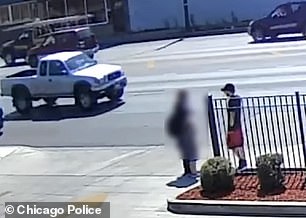 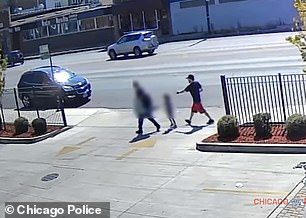 Stunned, the mother seems to angrily exchange words with the unidentified suspect while he continues to walk away. Her daughter is seen standing behind her in fear.

Police have described the man as a 20-to-25-years-old, who is of Hispanic descent, with bright red hair and a beard. Furthermore, he is five-foot-six to five-foot-seven inches tall and supposedly weighs 150-to-160 pounds.

CCTV footage also shows the suspect wearing a black t-shirt, a black baseball cap and red shorts at the time of the incident.

The attempted kidnapping happened just 16 days after a black male attempted to kidnap a girl outside Cermak Fresh Market near West Rogers Park on August 25.

Prosecutors said Terran McKethan, 20, was charged with abducting a nine-year-old girl after attempting to flee away with her by foot in the city’s North Side.

He grabbed the minor at the entrance of the grocery store on North Damen Avenue and went on the lamb with her for about a block before she bit his hand, prompting McKethan to drop her. 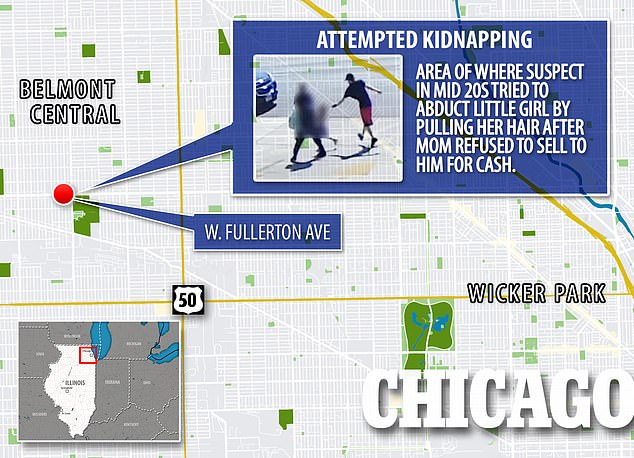 Theft has increased by 64 percent, while burglaries and robberies have also surged by respectively 28 and 18 percent.

Meanwhile, Chicago’s murder rate has decreased by 15 percent with 82 less murders compared to last year (663 vs 545). There have been less shooting incidents too, as there were 2391 incidents involving armed weapons in 2021 compared to 2391 so far in 2022. 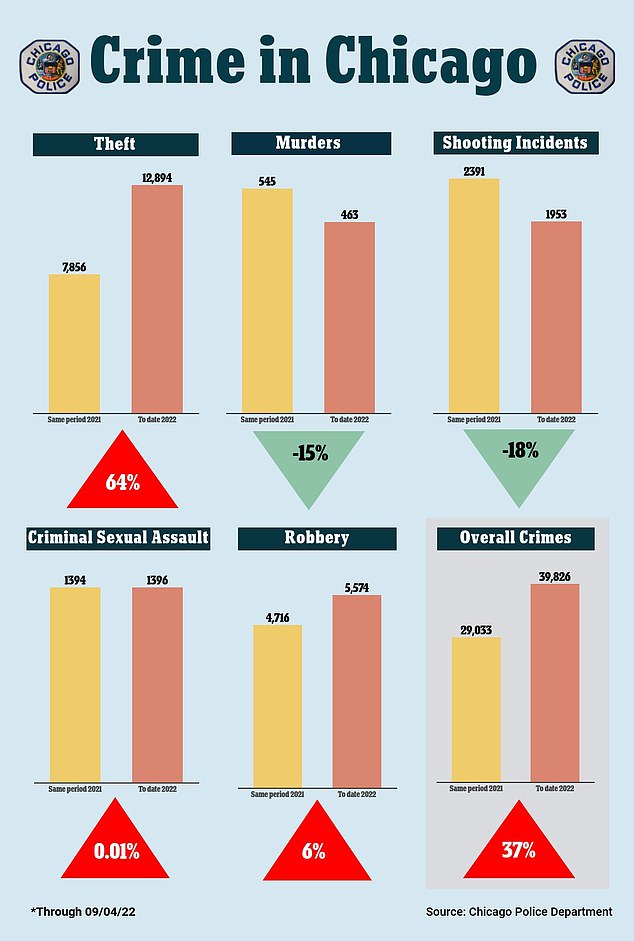