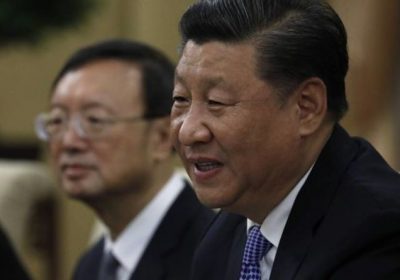 China is potentially expanding its missile silos following satellite image analysis – indicating the country is also seeking to increase its nuclear weapon stockpile. At least 119 potential silos were identified in the desert in Gansu Province spread over 700-square-miles to increase their nuclear arsenal which is estimated to be made up of between 250 to 315 nuclear weapons. It comes as President Xi Jinping issued a warning to ‘bullying’ foreign nations telling them to stay out of China’s business during a speech earlier this week.

Researchers from the James Martin Center for Nonproliferation Studies at the Middlebury Institute of International Studies looked at satellite images and concluded silos were being built in China.

The scientists were aided by Planet, a satellite company that takes images of Earth from space to help with research and climate change.

Underground bunkers were also seen to be part of the construction which will presumably house personnel and operate at launch centres.

US nuclear expert Jeffrey Lewis spoke with Washington Post who broke the story and said he believes China is expanding its nuclear deterrent against the US. 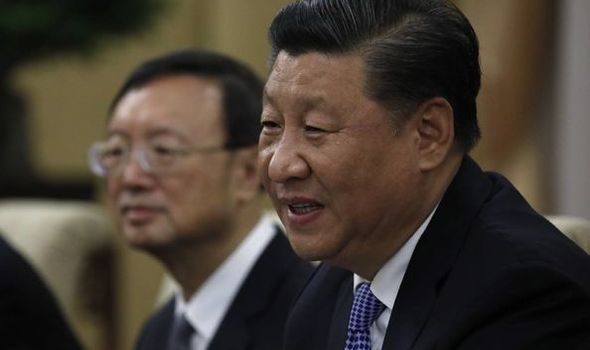 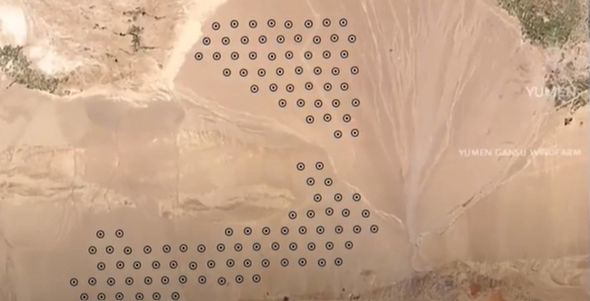 He told the publisher: “We believe China is expanding its nuclear forces in part to maintain a deterrent that can survive a US first strike in sufficient numbers to defeat US missile defences.”

Mr Lewis said the silo expansion could be a game of espionage that hides where the true weapons are kept.

He also said the new silos do not necessarily mean a huge rise in nuclear weapons either.

China: Expert reveals what could cause ‘friction’ with Russia 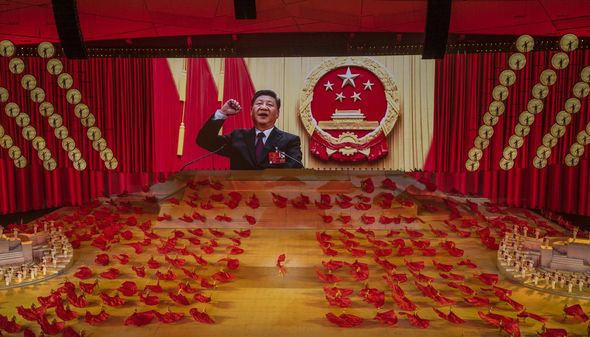 “We just don’t know and even if China were to deploy only a handful of missiles, its forces could over time grow into the silos.”

“Yet whether the number is 12 or 120, this is an alarming development.”

On Thursday, Xi Jinping addressed citizens at Tiananmen Square on the centenary of the ruling Communist Party where he attacked foreign nations for interfering in China’s affairs. 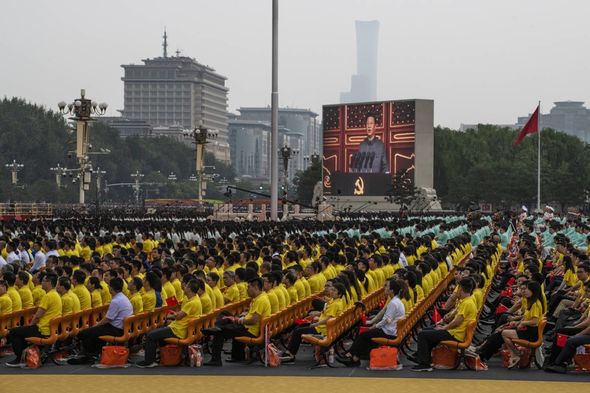 He told attendees: “Only socialism can save China, and only socialism with Chinese characteristics can develop China.

“We will never allow anyone to bully, oppress or subjugate China.

“Anyone who dares try to do that will have their heads bashed bloody against the Great Wall of Steel forged by over 1.4 billion Chinese people.

“No one should underestimate the resolve, the will and ability of the Chinese people to defend their national sovereignty and territorial integrity.”

During the ceremony, dancers and performers delivered an extravagant show which was paired with a 100-gun salute.