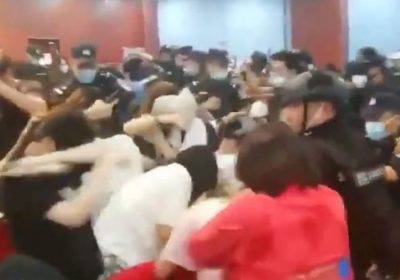 Horrifying images have emerged reportedly showing a violent crackdown by Chinese authorities on a student protest which saw a teacher held “hostage” for 30-hours. Students at the Nanjing Normal University’s Zhongbei College in the city of Danyang, in Jiangsu province were protesting over a plan to merge their college with a less prestigious vocational institute. But Chinese authorities piled in and exerted brutal force as they broke up the protest.

Danyang city police said in a statement on Tuesday that undergraduates at the university had “gathered” from Sunday and detained a 55-year-old principal on campus for more than 30 hours.

The police force claimed the students “shouted verbal abuse and blocked law enforcement” and refused to let the teacher leave.

But a brutal crackdown followed as footage shows the Chinese authorities piling into rooms and beating students with batons.

A video also shows officers shoot pepper spray in the faces of students from a close distance. 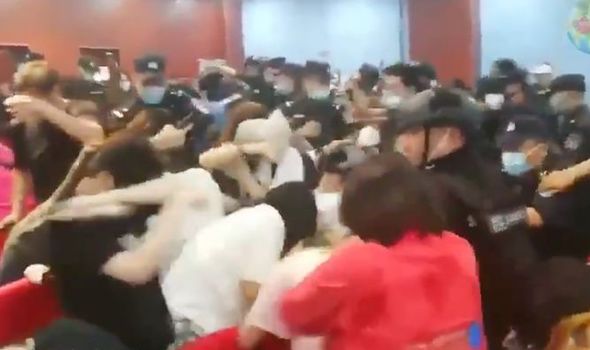 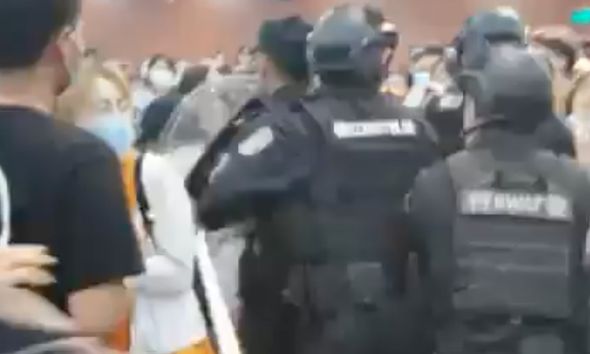 Students can be heard screaming as they are dragged to the ground and pinned down by heavily armoured police units.

Other footage shows students being dragged out by their legs before they were thrown into vehicles waiting outside the university campus.

Police can be seen forming protective rings around areas as they begin to close in on protesters.

The operation appeared to continue into the night as police moved in on crowds in outdoor areas. 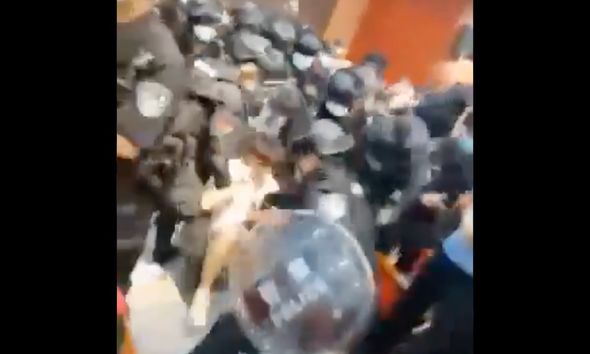 While the AFP news agency reported how one female undergrad was seen bleeding from the head after an altercation with police.

A statement from the police said of the hurt female: “To uphold campus order… public security organs took necessary measures in accordance with the law to remove the trapped person.

“The injured were immediately sent to hospital for treatment.”

Police later issued a lockdown around the university. 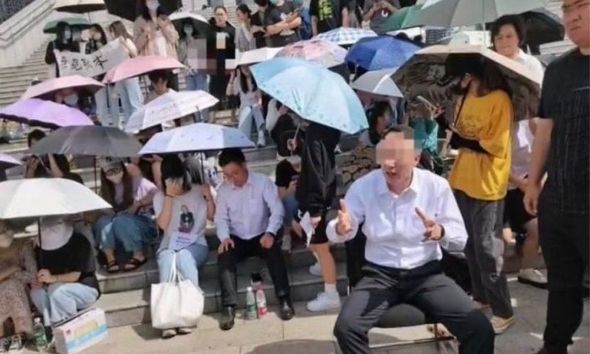 Pictures on social media showed empty streets with armoured vehicles patrolling the area around the university as police harnessed control back.

The protests have led to all six colleges in Jiangsu province announcing they will suspend merger plans which were originally announced back in March.

Protests in Hong Kong have seen similar heavy-handed crackdowns by the authorities.