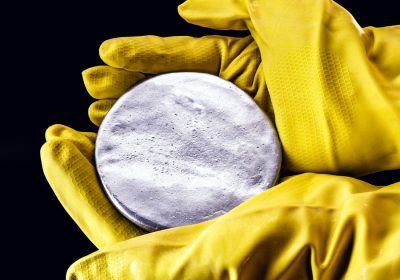 China has announced it intends to build a power plant capable of extracting uranium from the ocean, sparking renewed fears of nuclear warfare.

The China Academy of Engineering Physics, which oversees the nation's development of nuclear weapons, said construction work could begin as early as 2026.

Once complete, the plant will be able to extract tonnes of uranium (a radioactive metal capable of sustaining a nuclear fission reaction) from seawater, believed to hold 1,000 times the reserves of land.

China is naturally lacking in uranium, with reserves of only 170,000 tonnes — less than those of France, reports the South China Morning Post. If the country intends to maintain its current reactor construction of building six to eight every year, it will need about 35,000 tonnes of uranium per year by 2035 according to official estimates.

If China were to ever run out of uranium completely, the superpower would become reliant on foreign imports of fuel in a global supply chain that is only becoming more erratic amid international tensions.

Uranium security is a major obstacle to the nation's plan to become the world's biggest nuclear power producer by 2030.

But were China able to obtain the radioactive metal from the ocean, it would suddenly have access to a nearly infinite supply. Technical details about the extraction plant have yet to be made public, but extracting uranium from seawater is expected to become a viable form of developing nuclear power. The metal exists only in trace amounts in water and is very difficult to extract.

In 2018, researchers at Pacific Northwest National Laboratory in the US were able to extract enough uranium from seawater to make five grams of yellowcake, a powdered form of the metal used to make fuel for nuclear power plants.

"This is a significant milestone," researcher Gary Gill said at the time. "It indicates this approach can eventually provide commercially attractive nuclear fuel derived from the oceans, the largest source of uranium on Earth."

Beijing has vowed to become carbon neutral by 2060 and recently accelerated the approval process for building nuclear power plants, intending for it to eventually become the primary source of energy.

As tensions with other world powers like the US escalate in the wake of the coronavirus pandemic, news of China's potential new nuclear capabilities has been met with apprehension from defence experts.

American military chief Admiral Charles Richard warned nuclear war with China or Russia has become a "very real possibility", with both countries challenging global peace "in ways not seen since the height of the Cold War".

Meanwhile Hugh White, professor of strategic studies at the Australian National University, claims China's growing assertiveness could force other countries into "the biggest war the world has seen since 1945".