Chinese bowl whose unsuspecting owners used to keep loose change in is 600-year-old relic tipped to sell for £200,000

A Chinese bowl used to keep loose change in for years has emerged for sale for £200,000 after it turned out to be a 600-year-old rare relic.

The Jun Number One Narcissus bowl was made for a Chinese emperor during the early Ming period.

Experts at auctioneers Duke’s of Dorchester, Dorset, were shaking in disbelief when it was brought to a recent Antiques Roadshow-style charity event they hosted.

The owners had no idea how valuable the turquoise piece was and had been using it as a ‘vide poche’ – a dish for loose change – on the top of a chest of drawers in the spare room.

They brought it in to the charity valuation day in a cardboard box filled with newspaper. 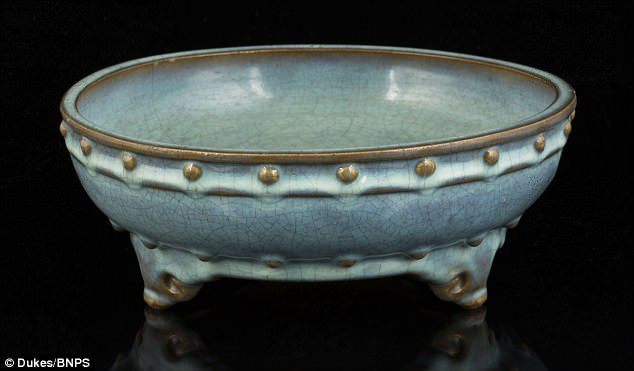 They had it valued 27 years ago but for a lot less than the bowl is now tipped to sell for, thanks to the continuing boom in the Asian art market.

It is thought this bowl would have been made for the Imperial Palace during the reign of the first Ming emperor, Hongwu (1368-1398). 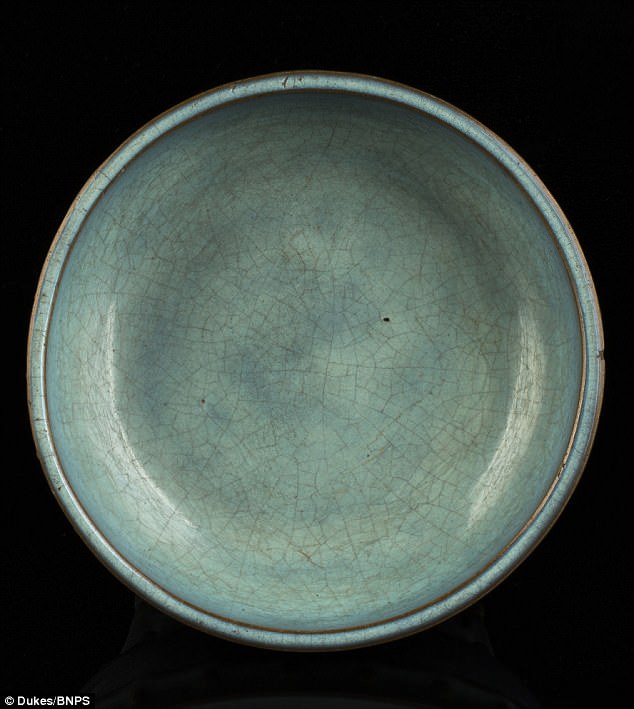 Experts at auctioneers Duke’s of Dorchester, Dorset, were shaking in disbelief when it was brought to a recent Antiques Roadshow-style event

This bowl is 9.4in (24cm) in diameter and has two bands of stud decoration and three ruyi-shaped feet.

It had previously been owned by George Eumorfopoulos, the most important collector of Chinese art in the early 20th century.

His collection was so vast he had to add a two-storey extension to his home to house it. 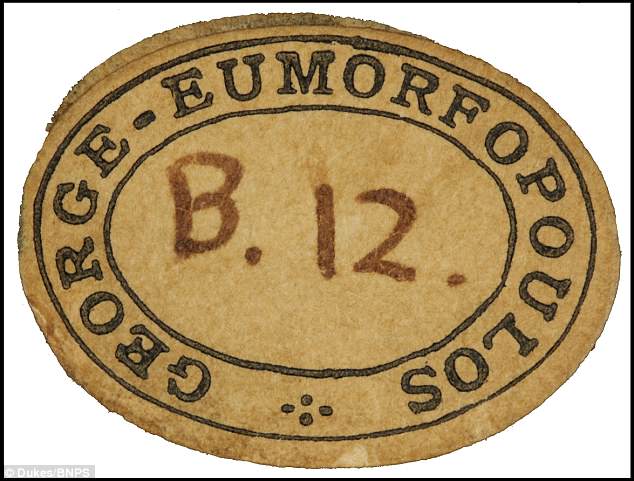 After his death in 1939 the bowl was bought by another Chinese collector, ACJ Wall, and it passed through the family to the current owners.

Lee Young, Duke’s managing director and head of Asian art, said: ‘The current owners descend from ACJ Wall but they didn’t know the value of it.

‘They were very surprised when they came in and we told them the estimate, they thought we were going to say a lot lower.

‘They had kept it in a spare bedroom on top of a chest of drawers where it was being used by guests as a vide poche for guests to put loose change from their pockets.

‘They had a valuation some years ago but it was considerably lower and I think it was just curiosity that brought them along to the valuation day.

‘All of our experts present on the day were literally shaking with the anticipation of such a rare and exceptional find.

‘The owners are hoping to use the money to help their children with a house purchase.’

Mr Young added: ‘The first emperor of the Ming period was Hongwu and it is likely this was made during his reign from 1368 to 1398. It’s a beautiful glaze.

‘The number 1 relates to the size, one was the biggest, and they were numbered so those in the palace knew which Narcissus plant went with which bowl.

‘These are important because they were made for the Imperial Palace. When you look at what we were producing in the 14th century, they were light-years ahead of us. ‘There’s an appetite from China to repatriate these early treasures, it’s an exciting time to bring this to market.

‘The Chinese market has changed so significantly, particularly in the last few years. They have become much more sophisticated in terms of what they are buying, seeking out these rare Imperial treasures.’