The woman’s sickening rant came after she emptied a container of food on the counter before throwing it at two female workers. 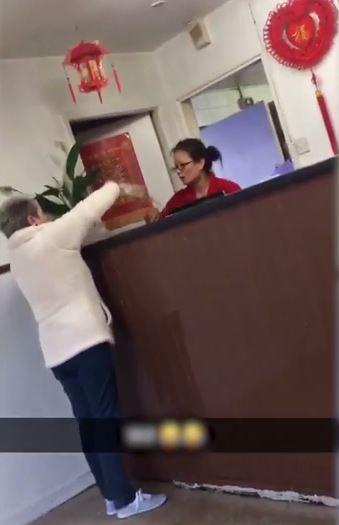 The extraordinary footage was filmed at the Wonderful Chinese takeaway in Meltham, West Yorks by local Dylan Letremy who posted it on social media.

It begins with the woman dumping the contents of a takeaway container on a counter.

While throwing some of the food at staff she says: “It’s water look at it. It’s raw absolutely.”

She then hurls the container and a plastic bag at the two workers, who are left open-mouthed. 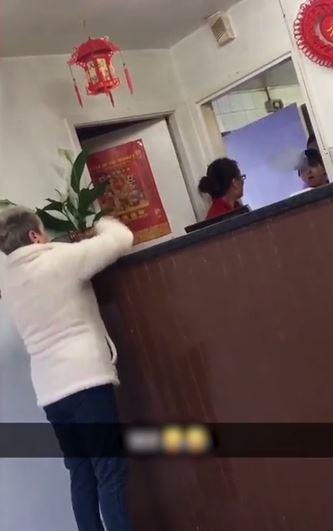 One member of staff then tells her: “You’re not welcome here. I’m calling the police.”

The woman heads towards the door while saying “What are you going to do? Leave off.”

The irate member of staff then replies: “Get out of here.”

But, while standing in the doorway, the woman says: “Excuse me, I’m a Melthamer. I was born here. You came over on a boat.” 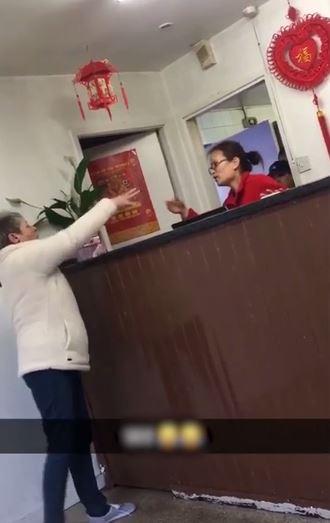 The footage, which has been viewed thousands of times on social media, then ends.

It’s unclear when the incident occurred.

It comes as a student was hit with a barrage of abuse after stepping in to defend a woman wearing a hijab.

Rickesh Advani was told "Brexit, go back home" by the man as they waited in a doctor's surgery. 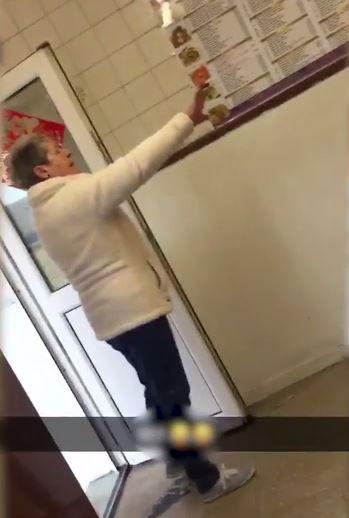 The 28-year-old had stood up to him after he told a female patient "spread 'em" and "get your t**s out" as she bent over to put her bag down.

But he was then heard saying "no not you, love" to a woman wearing a hijab.

The political science student at Cambridge said: "I was absolutely disgusted by what I had heard and couldn't believe that in 2018 people can be so bigoted.