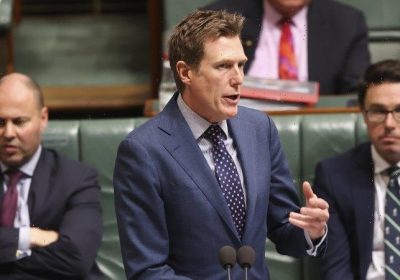 The ABC’s written defence to Christian Porter’s defamation claim should be removed from the Federal Court file and transferred to a separate part of the court’s records that is not open to the public, the federal Liberal minister’s barrister has urged the court.

Mr Porter agreed in May to withdraw his high-stakes defamation case against the ABC, although the proceedings have not yet been officially discontinued. 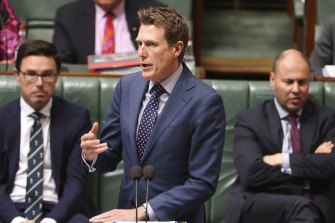 Christian Porter wants to strike part of the ABC’s defence to his defamation claim from the court file on the basis that they contain “scandalous” and “vexatious” material.Credit:Alex Ellinghausen

As part of a settlement deed, the ABC and Mr Porter agreed to seek a court order that 27 pages of the ABC’s 37-page defence to his claim “be permanently removed from the court file”. The pages are redacted in the publicly available version of the defence.

A temporary suppression order over the 27 pages was made by Justice Jayne Jagot in May, pending an anticipated pre-trial application by Mr Porter to strike them out and remove them from the file on the basis that they contained “scandalous” and “vexatious” material, or material that was “otherwise an abuse of the process”. That application fell away when Mr Porter agreed to drop the case.

Nine Entertainment Co, publisher of this masthead, and News Corp briefed a barrister, Dauid Sibtain, to fight the interim suppression order and ultimately to access the unredacted defence.

At a hearing on Friday about whether the defence should be removed from the court file, Mr Porter’s barrister, Bret Walker, SC, said “removal from the file does not mean … expungement, by way of some intellectual black hole, from the records of the court”.

“I am … talking about removal from the file, not the notion of somehow being ‘disappeared’ from the records of the court.”

He said removing the defence from the court file and transferring it to another part of the court’s records would have an effect, “in general terms”, on the ability of members of the public to access the document.

If the document were removed from the file, the need for the suppression order over the 27 pages “falls away”, he said, and the media companies’ standing – or legal ability – to be heard in relation to that suppression issue “ceases to be available”.

Mr Walker said the ABC and Mr Porter had both agreed to the removal of the material from the court file, and “what we are proposing … is entirely proper”.

She said that, if she adopted the course of action agreed by the ABC and Mr Porter, the “practical effect” was that “I would make an order … that the unredacted documents be stored, so they don’t just disappear”.

Justice Jagot said the “practical legal consequence” of removing the defence from the file would be that it “would not be a ‘document in a proceeding’ amenable to inspection” by members of the public, under a section of the Federal Court rules dealing with access to court documents by non-parties to proceedings.

Mr Sibtain said the question for Justice Jagot was “whether it is appropriate” to take that course. The media outlets submitted that “it would not be, because it would be giving, in substance, special treatment to this proceeding”, he said.

“Why should that occur, one asks rhetorically? Is there good reason identified to do that? The answer to each of those questions is no.”

A court file typically remained intact and accessible even if the proceedings were discontinued, he said.

Justice Jagot will deliver her decision at a later date.