A bombshell new report by charity Persecution Relief has shown that hate crimes against Christians in India rose by nearly 41 percent in the first half of 2020, despite widespread lockdown measures being put in place since March 25, as a result of COVID-19. The report stated that “293 cases of persecution against Christians reported in the first six months of 2020 included five religious-motivated rapes and six religiously-motivated murders”. Persecution Relief said most of these attacks were committed by Hindu nationalists, who are determined to turn in India into a Hindu state.

Horror stories have continually been reported, in which Christians, and Christian aid workers, have been targeted, and in some cases left to die as the decades-long fight over religion in India continues to reign.

The report came just days before more than 60 Christians, including many women and children, were barricaded inside a church after a gang of 50 religious fanatics confronted them at a church in Karnataka.

John Paul-son, of Pastor George who leads the church, detailed how the “mob grabbed me”, before he was “beaten and abused”.

Although police arrived to help those locked inside the church, the worshipper explained that the “mob was not afraid” of the authorities and continued to attack the Christian worshippers. 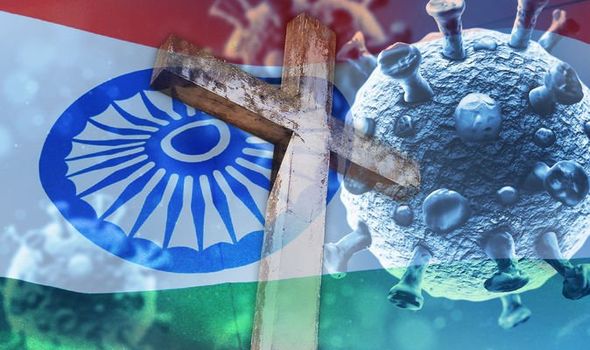 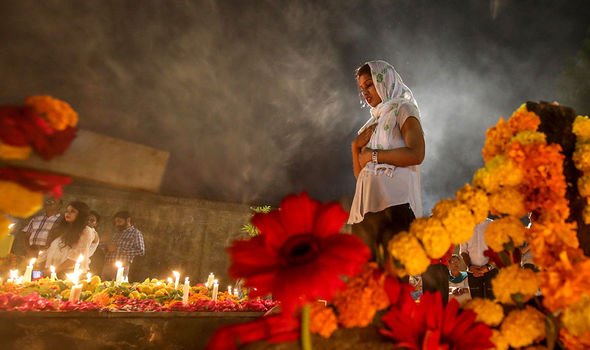 He said: “They beat us in front of them and forced the whole congregation, including women and children, to proceed to the police station.”

He added: “The young men who came to harm us were so full of rage and uttered despicable words against us.

“I do not understand the hate they projected towards us, when we have never done anything against them in the first place.

“However, we still chose to forgive them and pray for them.” 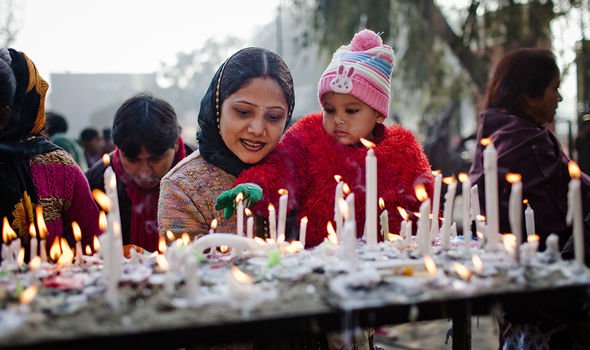 These incidents have become all too familiar in India, and in one heartbreaking recent attack, another worshipper – Pastor Balvinder Bagicha Bhatti – was found dead on the side of a road in Punjab.

His body was beaten and bloodied, and his family argued that he had been assaulted although local police recorded his death as “accidental”.

A week after Pastor Bhatti’s death, Hindu radicals stopped a family in Jharkhand from holding a Christian burial, demanding they conduct a funeral in accordance with the village’s Hindu faith. 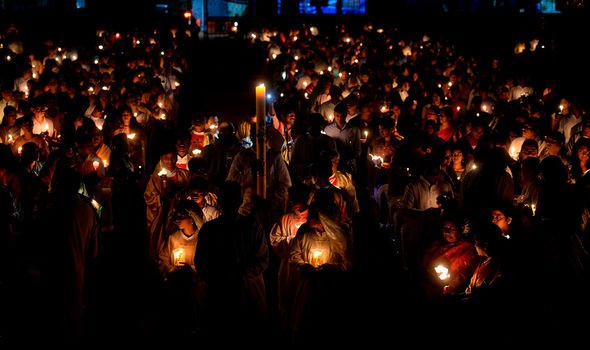 It is in areas such as Jharkhand where Hindu violence is often aimed towards Christian worshippers.

Despite the rise in attacks, the US Commission on International Religious Freedom has downgraded India to a ‘Country of Particular Concern’, its lowest ranking, in its most recent report.

India is ranked alongside the likes of Iraq and Afghanistan by the US department, while the nation is now ranked just behind Iran by the ‘Open Doors’ World Watch List’ for persecution severity.