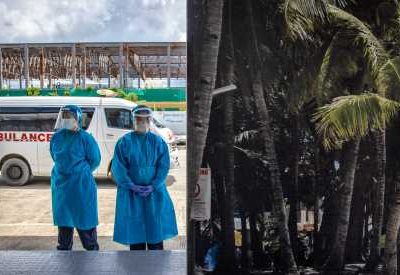 Turkey slammed its doors to travelers from Britain on Friday, saying that it had found 15 infections with the new, more transmissible variant of the virus that first emerged in England. All were among recent arrivals from the United Kingdom.

Turkey’s health minister, Fahrettin Koca, issued a statement saying that the 15 people infected with the variant were in isolation and that their contacts were being traced and placed under quarantine. In countrywide checks, the statement said, the virus had not been detected in anyone other than travelers who arrived from Britain.

The Philippines expanded restrictions on travelers from Britain and 18 other countries, adding the United States after a third state, Florida, reported an infection involving the variant. Many countries have already restricted travel from the United States because of its staggering number of infections — the most in the world.

California and Colorado have also found cases involving the variant. None of those infected in the United States had traveled recently, so the new strain is clearly circulating, though at unknown levels.

The variant, known as B.1.1.7., has not been known to lead to more severe cases of Covid-19, but its circulation is likely to portend more infections and more hospitalizations at a time when many countries are already battling surges in caseloads and anticipating more from holiday gatherings and travel.

In South Africa, a similar version of the virus has emerged, sharing one of the mutations seen in B.1.1.7., according to scientists who detected it. That variant, known as 501.V2, has been found in up to 90 percent of the samples whose genetic sequences have been analyzed in South Africa since mid-November.

The British authorities said they have detected two cases of the variant identified in South African. In both cases, the infected people had been in contact with people who had traveled to Britain from South Africa in recent weeks. Switzerland, Finland, Australia, Zambia and France have also detected the variant.

And on Dec. 24, the head of the Africa Centers for Disease Control and Prevention, John Nkengasong, announced the discovery of yet another variant, this one in Nigeria, called B.1.207.