Home » World News » Is it a coincidence the happiest age group is least hooked on phones?

Is it a coincidence the happiest age group is least hooked on phones? TOM UTLEY: Can it be a coincidence that the happiest (and sanest) age group is the one least likely to be hooked on smartphones?

Since the time we all lived in caves, older people have been shaking their heads and complaining that they just don’t know what the young are coming to these days. But I wonder if there has ever been quite such a divide between the generations as there is today.

The point is dramatically illustrated in one of the findings of this week’s survey on internet use by the communications watchdog, Ofcom.

Asked what device they could not live without, a resounding 74 per cent of interviewees aged 16 to 24 said their mobile phone, while just 7 per cent cited their television.

But among the over-75s the figures were almost exactly the other way round, with 69 per cent saying they would miss their TV most, and only 9 per cent naming their mobile phone. 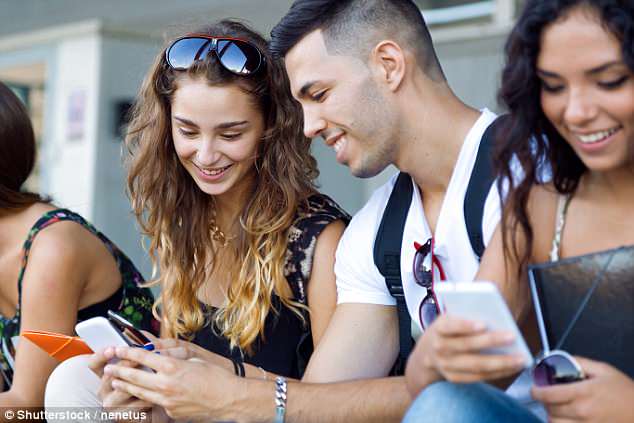 Asked what device they could not live without, a resounding 74 per cent of interviewees aged 16 to 24 said their mobile phone

Of course, it’s not remotely surprising that the young, brought up in the IT age, are more inclined than the old to value their smartphones, while my generation (I became a proud grandfather last December) is more attached to the telly.

But what is remarkable — I thought so, anyway — is the vast scale of the disparity. It’s as if old and young in 2018 belong to entirely separate species.

Indeed, I can’t off the top of my head think of any past invention that has torn the generations apart as spectacularly as the smartphone and its associated technology.

Yes, I can imagine that 5,500 years ago there may have been a few grumpy grandads who wanted nothing to do with the new-fangled wheel and predicted it would never catch on.

In the same way, there were certainly stick-in-the-muds who took a dim view of other innovations as they came along, preferring stage coaches to steam trains, horses to motor cars, the Royal Mail to the telephone, cinema and radio to TV.

But by and large, I would guess, young and old alike used the newly invented wheel to move goods around, while more recently, everyone (if they could afford it) travelled by train and car, made landline phone calls, went to the cinema, listened to the radio and watched TV.

It was only with the arrival of the internet and the smartphone that the young began to go a separate way from their parents and grandparents, adopting a wholly different code of conduct and way of life.

At its most obvious, you can see this by walking down the High Street or travelling on public transport, where just about everyone under 35 is permanently on an electronic device, whether listening to music or talking loudly to an unseen friend.

Even though 90 per cent of the population are now online and most members of all age groups own mobile phones, the addiction is much less common among the elderly — and on those rare occasions when OAPs make or receive calls in public, they almost always lower their voices as a courtesy to those around them. 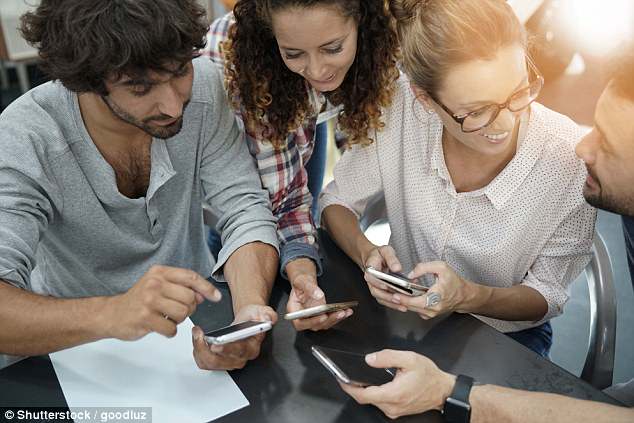 Even though 90 per cent of the population are now online and most members of all age groups own mobile phones, the addiction is much less common among the elderly

But the technology’s infelicitous influence on the addicted generation can be seen in more insidious ways, too.

I’m thinking partly of the frightening uniformity of thought among the young, drummed into them in the great echo-chamber of the internet. There, users are directed from one like-thinking website or blog to the next, so they never have to trouble their heads with points of view that may challenge their prejudices.

I’m not denying that the idealistic young have always tended to be more Left-wing than their worldly wise elders. But I cannot remember a time when it was possible to look at someone under 35 and guess his or her opinions on a huge range of subjects with such a high chance of being right.

True, there are plenty of exceptions — and it may be simply because I live in London, where the young I meet tend to be middle-class professionals, that the rule generally applies.

But if I were the betting kind, I’d be prepared to stake a substantial sum that any member of my sons’ generation I may encounter will be pro-Remain, dismissive of Christianity, bewildered by Donald Trump’s election, in favour of abortion on demand, lukewarm or hostile towards the Monarchy and a strong supporter of gay marriage, women’s equality, higher taxation and the legalisation of cannabis. 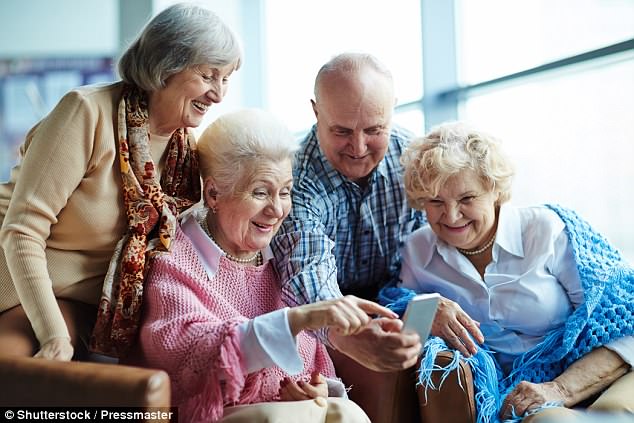 But among the over-75s the figures were almost exactly the other way round, with 69 per cent saying they would miss their TV most, and only 9 per cent naming their mobile phone

I’d also place a side-bet, though somewhat smaller, on my new acquaintances nursing warm feelings towards Jeremy Corbyn and vehement hostility to the late Margaret Thatcher, the most unjustly maligned politician of my lifetime.

But what distresses me most about the internet is its baleful influence on the way people treat each other and the violence of the language in which its users abuse those with whom they disagree.

It seems to be standard practice to express dissent in the most intemperate, hurtful terms possible.

As a journalist, I see this vividly in the striking contrast between the tone of readers’ letters and that of comments on my columns posted online. Even when they disagree with me strongly, my snail-mail correspondents are almost always courteous — and when they’re on my side, can be so generous they make me blush.

Indeed, as I write, I’m feeling guilty about a mountain of get-well cards and kind letters on my desk, prompted by my piece a fortnight ago in which I explained that I’d been off sick.

In an attempt at a light-hearted remark, I apologised for my month’s absence to the four readers, out of the Mail’s many millions, who had written to tell me they missed me. But of course, there was no earthly reason why anyone should have assumed I was ill — still less why I should have expected people to write.

Now half the world has put pen to paper, either offering thoughtful advice on my rare condition from personal experience, or just wishing me well in the kindest of terms. It’s enough to restore anyone’s faith in the good nature of so many of our fellow beings — and to all who have written, I extend my heartfelt thanks (though no more such letters, please, or they’ll turn my head!).

I should also report that I’ve now had the cystoscopy I was dreading, and it revealed nothing that can’t be treated with drugs. I feel such a fraud for rabbiting on about my health.

As for online comments on my weekly musings, I stopped reading them long ago, as I found they made such a depressing start to my Fridays. True, many were civil, but others were so abusive that I decided the best policy was not to look at them.

Part of the explanation, of course, lies in the internet’s shield of anonymity, which encourages trolls to post comments they would never dream of signing with their own names, or making to their targets’ faces. But another reason is the herd instinct that spreads from the few to the many, as the idea catches on that threats of rape and murder are the conventional language of online debate.

We have come to the point where the international organisation Reporters Without Borders this week cited online abuse and intimidation of journalists (the BBC’s Laura Kuenssberg is a serial victim) as one reason why Britain languishes in 40th place in its World Press Freedom Index, behind, for example, South Africa, Lithuania and Trinidad and Tobago.

And if we journalists believe we are given a hard time online, think how much worse politicians have to suffer (not least from Mr Corbyn’s Momentum trolls).

It’s an increasing wonder to me why anyone should want to stand for Parliament these days. In a dozen ways that few foresaw, the internet is not just dividing the generations but corrupting democracy.

But let me end with this week’s finding from the Office for National Statistics that the over-65s are the happiest age group in the country, with the fewest anxieties and mental problems.

I can’t help observing that they are also the age group least likely to be hooked on smartphones and the internet. I wonder if the two facts are connected.