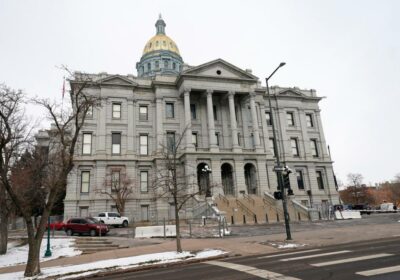 I’ve long avoided using the adage “You can’t have your cake and eat it, too” because I don’t like cake–pie is everything a dessert should be—but there are few other catchy ways to describe what happens when someone tries to attain two mutually exclusive goals at the same time.

In this case, the state government is trying to lower health insurance premiums while increasing benefits. That doesn’t compute as anyone who has taken a math class knows. Politicians in Colorado want to have their cake and eat it, too.

In one month I will lose my health insurance plan because the carrier is leaving the state and I will pay more in monthly premiums no matter what plan I pick. On average, insurance costs will increase 10.4% next year. Every year since 2019, Colorado lawmakers have passed new
coverage mandates that have increased the cost of premiums in the individual market by 5.5 to 7.9% a year.

I don’t need acupuncture, plastic surgery for gender reassignment, HIV prevention drugs, or any of these new benefits and yet I’m paying for the additional coverage. Lawmakers promised lower premium insurance plans would be more available when they passed the much ballyhooed Colorado Option bill HB21-1232 last session. The law requires health insurers in individual and small group markets to offer a low-cost standardized health benefit plan that meets stipulations set by the law and the state’s Commissioner of Insurance. Plans must lower their premiums by 5%  in 2023, 2024, and 2025 for a total reduction of 15% from the baseline.

Lawmakers were so certain of success that the Polis campaign touted the legislation as one of the more than 100 ways the administration was saving Coloradans money. Turns out that’s not the case. The least expensive plans at the state health care exchange are not Colorado Option
plans but rather carrier-designed plans.

In addition to coverage mandates, the government foisted several pointless and intrusive requirements on insurers. Insurance companies must work towards building “a network that is culturally responsive and, to the greatest extent possible, reflects the diversity of its enrollees in terms of race, ethnicity, gender identity, and sexual orientation in the area that the network exists.”

That means they must recruit medical providers based on their physical features and sexual identities so that these providers will match the population of the insured. Some employee will have to be tasked with this pointless exercise and that cost will be rolled into the premium.
Frankly, I don’t need a medical professional who looks like me; I’m happy with a fellow human who is good at his or her job.

Insurers are also forced to report on whether the providers in their networks have completed anti-bias training as though the insurance company were an accreditation agency responsible for monitoring ongoing education classes. Unless the woke fairy is paying whatever lucky employee is tasked with counting those beans, the additional cost will be borne by the one paying the premium.

Foisting new mandates and price controls on insurance companies has not led to the cost savings promised by politicians. It has, however, made it more difficult for insurance companies to remain viable in this state. My insurer, Bright Health, and another, Oscar Health, are leaving and more than 58,000 of us are looking for new a carrier.

As a writer and adjunct professor whose income varies month to month, I need a low premium high deductible plan without extra benefits I don’t need and can’t afford. Will the legislature admit its missteps this coming session and give us self-employed Coloradans a break? Or will they simply say, let them eat cake?

To send a letter to the editor about this article, submit online or check out our guidelines for how to submit by email or mail.