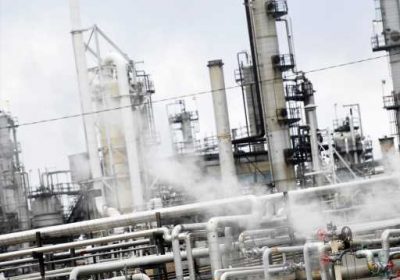 Colorado leaders on Thursday unveiled a plan two years in the making to cut heat-trapping air pollution in the state by 90% — a reduction of more than 100 tons a year — before 2050 to improve public health and help contain climate warming.

“This is an issue for all humanity and life on the planet,” and limited international cooperation means individual nations, states and companies must act, Gov. Jared Polis said.

“It’s very much in our interest to do our part,” Polis said in an interview. “We have a climate-driven economy. Hundreds of thousands of jobs in Colorado are climate-dependent. And we want to position Colorado as a climate and green energy leader.”

Burning fossil fuels for 150 years has guaranteed that climate warming will hit harder — megafires, aridity, heat waves, rising sea levels — for at least three more decades, scientists say. But reducing carbon dioxide, methane and other greenhouse gas pollution would minimize future harm. Roughly half the electricity used in Colorado still comes from burning coal, more than in many other states, while gas-powered vehicles and the oil and gas industry add to the atmospheric muck.

The “roadmap” for state action finalized this week reflects the rise of climate warming and environmental health concerns nationally and worldwide as a top priority. President-elect Joe Biden has promised a $2 trillion investment to hasten a job-generating shift to clean energy and to re-join the international Paris agreement that President Donald Trump rejected.

Biden also is re-organizing White House staffing to focus on climate warming and has appointed former Sen. John Kerry to coordinate work with other countries. In recent months, China, Japan and the European Union ramped up commitments to cut heat-trapping pollution.

Colorado’s 207-page plan — Polis called it “by far the most ambitious and expansive planning document Colorado has ever produced on climate change” — relies on regulatory agencies to enforce pollution cuts at power plants, oil and gas industry sites, and in buildings. Drivers increasingly would be encouraged to shift from gas-powered to zero-emission vehicles through tax benefits and other incentives.

“There is no single ‘silver bullet’ solution,” the plan says. “Modeling shows that a ‘silver buckshot’ approach of reductions across all the major sectors is needed.”

Polis has declared Colorado will rely on 100% renewable energy by 2040.

But achieving these targets is expected to require significant new investments, innovations and federal assistance, as well as tougher state policies and standards. State health, energy and transportation officials refining the roadmap emphasized a need to ensure equity, recognizing that climate warming and air pollution often hit low-income and other marginalized communities the hardest.

Key steps over the next decade include:

The Colorado Chamber of Commerce in November raised concerns, and business leaders on Thursday issued a statement questioning feasibility.

“Economic and environmental progress is best achieved when emissions reduction goals are realistic, achievable and market-driven,” the chamber said. “While this roadmap is well-intended, we urge our elected leaders and regulators to fully consider the costs of implementing such measures, particularly under the current economic circumstances.”

Grassroots groups of residents facing heavy pollution welcomed the plan but joined critics from environmental groups in demanding a more aggressive approach. A coalition of 22 groups including Green Latinos and the Sierra Club signed a letter saying the government still sanctions too much pollution and ignores the needs of people in low-income “sacrifice zones.”

Colorado leaders, if they really want to protect “communities disproportionately impacted by the climate crisis,” must first “dismantle the harmful practices of environmental racism, white supremacy and predatory capitalism,” their letter says, noting that two years have passed since lawmakers ordered action to reduce air pollution.

“Our communities have yet to see tangible action to rein in toxic air pollution or climate crisis-causing emissions,” the letter says. “Every moment we delay, the communities that have been most harmed by pollution continue to live with the associated health impacts.”