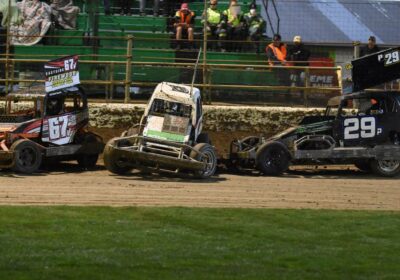 A racer died after crashing at a speedway track in Palmerston North on Sunday evening.

Emergency services were called to the Central Energy Trust Arenaat around 6.15pm.

Worksafe has been notified and police will be investigating on behalf of the Coroner.

The man who died is understood to be Stephen Penn, a member of the Manawatū Mustangs.

A voice-over was also heard announcing that the race meeting was being officially cancelled.

The race was being livestreamed when the crash took place.

“Stu it went really wrong because he ended up turning himself hard into that wall down there,” one of the commentators said