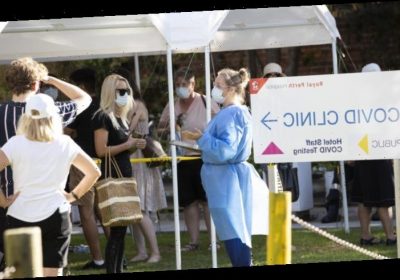 Late last night NSW Health issued a Public Health Order placing travellers from Western Australia under the same ‘stay-at-home’ restrictions they would have faced had they stayed in Western Australia.

The order applies to all travellers who have arrived in NSW since January 25.

NSW Health said passengers who had arrived in Sydney on a flight from Perth on Sunday evening had been screened for symptoms of COVID-19.

None of the passengers reported attending any of the venues identified by WA Health as possible COVID exposute sites.

All new arrivals into NSW from WA must complete an interstate traveller declaration confirming whether they have attended any of the venues listed on the WA Health website. Any travellers who have been at places of concern will be required to undergo testing and isolate for 14 days.

In addition, anyone who has been in any of the named local government areas in the Peel region, the Perth Metro region or the South-West region on or since Monday, January 25, will be required to get tested within 48 hours of arrival in NSW. They will also have to stay at home for five days until 9pm on Friday, February 5. If they do not get tested, they are required to remain at home for a total of 14 days.

NSW Health said the state was closely monitoring the situation in WA and would update its health advice accordingly.

“We will continue to work closely with our colleagues in Western Australia and other jurisdictions to ensure that appropriate public health measures are in place,” the statement reads.

As some borders open, others close

What’s that saying, when one door closes, another opens? OK, that may not be quite accurate, but that’s certainly the case with interstate borders this morning.

While work is under way to dismantle road blockades at the Queensland-NSW border after the southern state’s northern beaches’ cluster, Queensland, Victoria, Tasmania and the Northern Territory have slammed shut their borders to anyone from WA hotspots, including Perth.

NSW Health issued its advice late Sunday requiring some travellers returning from affected areas of WA to isolate or stay at home.

“To help control the spread of the infection, a new Public Health Order places travellers from Western Australia coming to NSW since January 25 under the same ‘stay-at-home’ restrictions as they would have faced had they stayed in Western Australia,” NSW Health said in a statement last night.

“The new Public Health Order requires all new arrivals to complete an interstate traveller declaration confirming whether they attended any of the venues listed on the WA Health website, and providing contact details.

“Any travellers who have been at places of concern will be required to be tested and isolate for 14 days if they attended any of the named venues.”

On a positive note for the east coast, Greater Sydney is no longer be declared a hotspot and millions of residents across 35 local government areas will be able to enter Queensland from today without undergoing mandatory hotel quarantine.

Anyone from NSW who is in hotel quarantine in Queensland already will be released today.

Here’s a look at today’s front pages of The Sydney Morning Herald and The Age.

Chief political correspondent David Crowe reports that Prime Minister Scott Morrison will today outline his plan to stimulate the post-COVID economy while at the same time putting an end to federal handouts.

After enjoying 10 months without a locally acquired case, Western Australia has started a five-day lockdown sparked by the confirmed diagnosis of the UK variant of the coronavirus in a quarantine hotel security guard.

Here’s a reminder of the rules in WA:

Good morning and welcome to our live coverage of the coronavirus crisis in Australia.

I’m Marissa Calligeros and I will be helming the blog for the start of the day before handing over to my colleagues at WA Today.