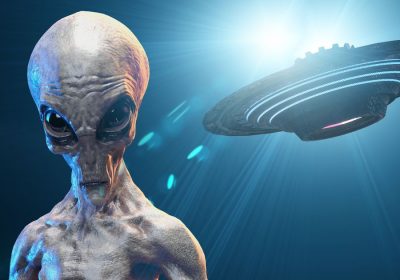 Bombshell research has revealed where alien hunters are most likely to track down UFOs.

Earlier this month, the CIA released all of its documents relating to Unidentified Aerial Phenomena (UAP), the Government’s term for UFOs.

And prior to that, a coronavirus relief bill that former US President Donald Trump signed asked for the Pentagon to brief Congress on everything it knew about the phenomenon.

Experts at PsychicWorld.com have now analysed official sightings from across Europe.

The continent has recorded 994 UFO sightings, with the most common type being flying discs and the average occurrence lasting 12 minutes. Ireland recorded the most sightings, with 105 going on for an average of 13 minutes.

Records were mainly of bright lights, described as being either red, white or blue.

Ireland was followed by France, Spain, Germany and Netherlands in the top five.

However, Monaco is likely to provide alien enthusiasts with the longest sightings, lasting an average of 45 minutes.

Of the 12 confirmed instances, most witnesses claim to have seen a light formation moving in the sky.

UFOs seem to avoid San Marino, with the country having zero confirmed sightings.

Following closely behind is Georgia with the average sighting lasting just 15 seconds. Both of the two incidents were explained as “fireballs” in the sky.

Experts at PsychicWorld.com collected data from the National UFO Reporting CentreState Report Index to put together the numbers.

Earlier this month, former Oasis rockerNoel Gallagherrevealed he has become obsessed with researching aliens during lockdown – and seeing the documentary The Phenomenon has changed his opinion on whether there are extraterrestrials out there.

In the film, ufologist James Fox investigates the 1994 incident at Ariel School, a primary school located outside of Harare, Zimbabwe, in which multiple students said a small craft landed in the playground and a humanoid stepped out and stood before them inducing images of a drying Earth in their minds.

Noel said: “Some kids together in a playground in Zimbabwe had seen a UFO land, at the time they gave vivid descriptions and they got them all together again and they told exactly the same story.

“It made me think, well if they were lying then the stories, inevitably, would have evolved and changed a bit.

“They showed them being filmed giving their stories back whenever it was, and they were telling it word for word, I was like, ‘Oh, f***ing hell.’ Because if that’s just something you make up it would have been embellished down the years.”