A father and daughter who drowned when they were swept out to sea in Cornwall after being knocked off a harbour wall by huge waves have been named.

The pair drowned after being washed into the sea at Mullion Cove in Cornwall during stormy weather earlier this month.

They have now been named as Matthew Smith, 47, and Bonnie Smith, 26, from Abbeydale, Gloucestershire. 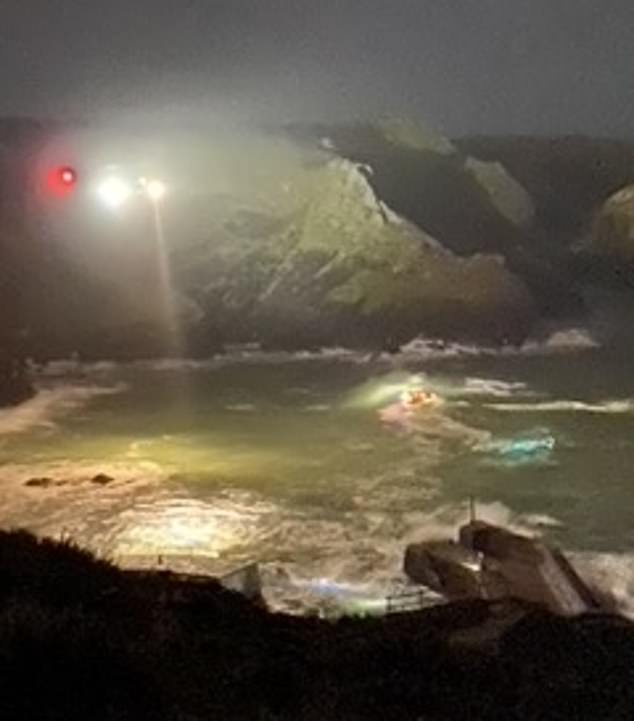 The pair who drowned at Mullion Cove, Cornwall on Nov 2 have been named as Matthew Smith, 47, and Bonnie Smith, 26, from Abbeydale, Gloucestershire. A photo from the scene of the tragedy shows a coastguard helicopter searching the waters and an RNLI lifeboat below

A 999 call was first received at around 6.45pm on November 2, to say that a man and woman had been taken by a wave from the harbour wall.

The Falmouth Packet reported that the family had been at the harbour with their dog when the wave came in.

It writes: ‘The two sons managed to escape and only became aware that their father and sister had been taken in when they spotted their dog on the beach, clearly wet from the sea.’

It was reported that evening that a man in his 40s and a woman in her 20s were recovered from the water by the coastguard helicopter.

The father and daughter were pulled from the water by rescue volunteers but their deaths were later confirmed at the Royal Cornwall Hospital in Truro. 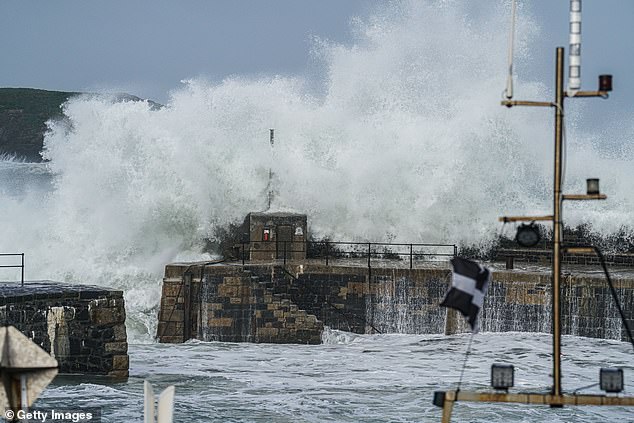 The father and daughter were at the harbour when they were swept into the water by a huge wave. Their deaths were later confirmed at the Royal Cornwall Hospital (File image of high waves at Mullion Cove during Storm Ellen on August 21)

Photos from the scene of the tragedy at Mullion Cove show a coastguard helicopter searching the waters and an RNLI lifeboat below, weathering choppy conditions.

An inquest has now opened into the deaths, which are not being treated as suspicious, and a full hearing will be held at a later date.

On the day of the incident, RNLI lifeboats from Penlee and the Lizard assisted in the rescue attempt, as well as Coastguard teams from Mullion and Porthleven.

A Coastguard helicopter was also involved.