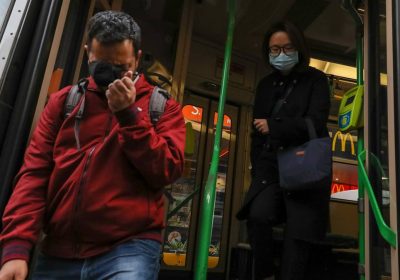 The emergence of the Delta variant in Australia is rewriting the rules for how states respond to new outbreaks and one expert says the country may not be able to go back to what life was like before the latest lockdowns.

The rapid spread of the virus put Greater Sydney in lockdown for only the second time since the pandemic began, while Victoria is now in its fifth shutdown.

New South Wales recorded 105 new community cases today as even harsher new restrictions came into effect across the Greater Sydney region. Of those new cases, 27 were infectious in the community.

NSW Premier Gladys Berejiklian said it was the number of people infectious in the community who were testing positive each day that continues to worry the Government the most.

In Victoria, 16 new community cases of Covid-19 were recorded overnight, prompting fears the state’s lockdown could be extended. All of the new cases are linked to known clusters.

Queensland this week also extended its mask rules for those in the southeast of the state, while South Australia moved to “pre-emptive” restrictions on Thursday night despite having no cases.

“We don’t want lockdowns in South Australia so we are taking some pre-emptive action to make sure we can keep our state safe and our economy strong,” SA Premier Steven Marshall said. SA’s rules include the use of masks in certain indoor settings, density limits and certain restrictions if people want to have a gathering of more than 50 people.

Four days after two removalists were found to be positive (and less than week after they travelled to Melbourne from Sydney), it emerged the infection had already been passed to the family they moved furniture for, others in the apartment building, family and friends of those in the building, family of those friends, and other secondary contacts.

The outbreak has reached at least four people who became infected through “fleeting contact” while at an AFL game at the Melbourne Cricket Ground (MCG).

“It’s just so hard to get on top of Delta,” Baxter said. “By the time they identify the first case, the contacts of their contacts would already be positive.”

Baxter said some people with Delta test positive in as little as a day, compared to up to five days for the original strain of Covid-19, and in that time have already given it to the next ring of contacts before contact tracers can identify them.

“It’s very difficult to get on top of it without the so-called circuit breaker lockdown that allows contact tracers more time to do their job,” she said.

However, patience with lockdowns appears to be wearing thin. Protesters in Melbourne took to the streets on Thursday night after the most recent five-day lockdown was announced, while in NSW truckies blocked the Sydney Harbour Bridge after the announcement of tough new restrictions in the Greater Sydney region.

Still, without a substantial amount of the population vaccinated authorities don’t have much choice as lockdown is the only way they are able to stop the spread of Delta — as NSW is proving.

“With Delta, if we don’t do something to manage it right now, the impact of Covid is going to be at least as bad as the UK, maybe even worse because it is so infectious,” Baxter said.

“So the ‘let it rip’ people — all they need to do is look at India if you want to see what ‘let it rip’ with Delta is going to be.”

It’s likely the highly infectious nature of the Delta variant will mean Australians will have to live with some restrictions until enough of the population is vaccinated, Baxter said.

With a “not fit-for-purpose” quarantine system that suffered about 20 breaches this year, Australia would face the ongoing potential risk of transmission and therefore require restrictions on congregating and participating in higher risk activities, she said.

Baxter’s comments echo those made by infectious diseases expert Professor Peter Collignon of Australian National University, who warned last month that residents may have to live with ongoing restrictions during winter while the virus is more active.

“My view is we need restrictions even in areas that don’t have outbreaks in winter,” he told news.com.au. “For the next few months, because it is winter and we are not vaccinated, we need to wear more restrictions for a while.”