Home » World News » COVID-19: Dalai Lama given first coronavirus vaccine dose – as he urges others to be brave and take jab 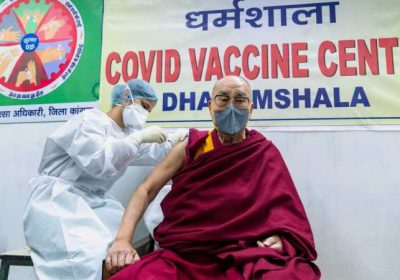 The Dalai Lama has received his first dose of a coronavirus vaccine.

After being given a jab at the Zonal Hospital in north India, the 85-year-old spiritual leader urged others to be brave and get vaccinated.

“In order to prevent some serious problems, this injection is very, very helpful,” he said. 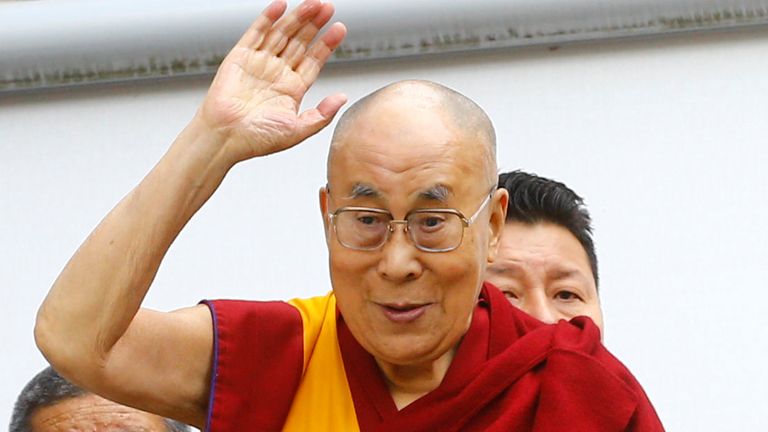 The Dalai Lama was observed for 30 minutes afterwards, according to GD Gupta, a doctor from the hospital.

“He himself offered to come to the hospital like a common man to get himself vaccinated,” Dr Gupta said, adding the appointment had been arranged in the morning for security reasons.

Ten other people who live in the Dalai Lama’s residence were also vaccinated.

Each of them received the Covishield vaccine, developed by Oxford University and AstraZeneca and manufactured by the Serum Institute of India.

Born in Tibet, the Dalai Lama has been living in India as a refugee since 1959 after fleeing his country following a failed uprising against Chinese rule.

He then led a Tibetan government-in-exile – which has not been recognised by China – from the Indian town of Dharmsala.

India has had one of the highest coronavirus cases and deaths in the world, although infections appear to have slowed.

More than 11 million cases and over 157,000 deaths have been recorded in the country, which began rolling out vaccinations in January.

The drive started with healthcare and frontline workers and has now been expanded to older people and those who are most at risk medically.