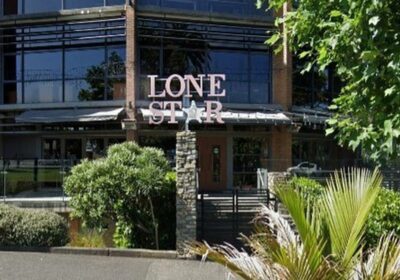 A popular Auckland restaurant is facing enforcement action and $24,000 in fines for alleged breaches of the Government’s Covid-19 vaccination mandate.

Lone Star New Lynn made headlines last month after posting a job ad saying it would not discriminate against un-vaxxed customers and staff.

Under the Covid-19 Protection Framework, restaurants can only open for dine-in customers during the orange and red traffic light settings if they use vaccine passes. Otherwise they cannot open unless it’s for takeaway services.

WorkSafe confirmed it issued two infringement notices on Friday and fines totalling $24,000 to Damned Fine Food Ltd, which operates the New Lynn restaurant, for breaches of the vaccine mandate.

This included allowing unvaccinated staff to carry out work, and not having effective systems and processes to check My Vaccine Pass compliance.

The company’s listed directors are Stephanie Cowie and Brendan Pascoe.

It is also understood the Lone Star franchise chain has launched its own investigation into the matter, with Pascoe at risk of losing his franchisee licence.

And the Herald can reveal that Oliver MMA, a gym near Lone Star New Lynn, has now been evicted from its premises.

The gym was recently fined $12,000 for ignoring vaccine pass rules.

It has now also copped two further infringement notices over complying with Covid rules from WorkSafe this month, along with an additional $24,000 in fines.

Lone Star New Lynn made headlines in December after posting an advertisement on a “No Jab Jobs” website inviting unvaccinated workers to apply for bar and restaurant roles.

The ad was deleted days later.

Pascoe refused to comment at the time and has not responded to attempts to reach him today.

But his voice message says he is missing hundreds of calls a day from people wanting reservations because the restaurant’s “popularity has risen hugely” following recent events.

A WorkSafe spokesman said Oliver MMA gym and the New Lynn restaurant were both known to WorkSafe “and we continue to look into their compliance and take action as appropriate”.

“WorkSafe wishes to note the actions of the New Lynn restaurant do not reflect the main company Lone Star, which has expressed a strong commitment to following the requirements.”

Franchise arrangements required all franchisees to comply with relevant laws and health requirements.

“Any franchisee that is operating outside of those requirements is issued with a notice to remedy the breach or breaches of their franchise agreement.

“Failure to remedy this breach within 10 days results in termination of the franchise agreement.”

Oliver MMA gym was fined $12,000 just before Christmas for knowingly allowing unvaccinated staff to carry out work – the first fine handed down by Worksafe under the Covid-19 Protection Framework.

WorkSafe’s head of general inspectorate Simon Humphries said at the time the business had continued to flout the rules, which was unfair to other firms which had changed how they operated “to keep people safe”.

Steve Oliver, of Oliver MMA, could not be reached today, but wife Krissy said the business had been given just two weeks to move out by its overseas-based landlord, who was claiming $160,000 in unpaid rent incurred during lockdown.

She confirmed the gym had been hit by further hefty fines for “not being vaccinated and operating a business”, which the couple had sent to their lawyers.