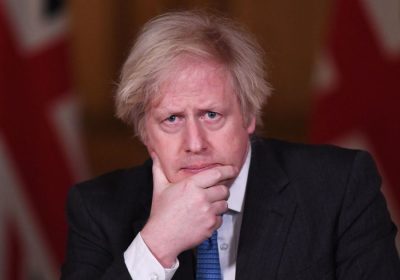 Boris Johnson should only start easing Covid restrictions when cases fall by 93%, a top NHS figure has warned.

NHS Providers chief executive Chris Hopson made the dire prediction as the Prime Minister prepares to present a “roadmap” out of lockdown.

The announcement will be made on Monday, February 22, outlining the timeline for a gradual return to normality.

The most recent figures suggested that 695,400 people in England had coronavirus in the week ending February 6.

NHS Providers chief executive Chris Hopson said there was a "pretty clear view" that "that number needs to come down to around 50,000" – a 93% drop in infections.

He has urged Johnson to focus on "data, not just dates" when the PM sets out his road map out of lockdown.

Mr Hopson's organisation, which represents NHS trusts, has set out four "tests" which should guide easing: getting case numbers down, reducing pressure on the NHS, further strides in the vaccination programme and an effective strategy to control future outbreaks.

"If you look at where we are against those four tests, each one of them tells you that we're still some way away from being able to start relaxing restrictions," Mr Hopson told BBC Radio 4's Today on Wednesday, February 17. "We had 500 Covid patients in hospitals in September and yet, 15 weeks later, we had 34,000 patients, and we were perilously close to overwhelmed.

"So, what that says to you is that you just need to be really careful before you start relaxing the restrictions prematurely."

Mr Hopson's call for the PM to resist opening up too early came as reports suggested Downing Street is considering a cautious approach to easing the current measures.

Ministers are weighing up allowing holiday lets to open in time for the Easter weekend and that pubs could open in May, but with only up to two households permitted to mix indoors, the Daily Mail reported.

The rule of six would then come into force for mixing inside by June, it is claimed.

In a possible indication of what Johnson could announce next week, First Minister Nicola Sturgeon has set out a phased return for schools in Scotland.

Primary school children between the ages of four and eight will be back in their classrooms from Monday, along with some senior students needing to do practical work for qualifications – but Sturgeon stressed it was "unlikely" any more youngsters would go back before March 15.