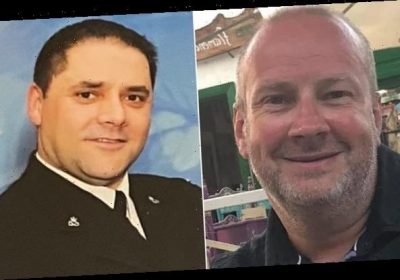 Tributes have been paid to two much-loved police officers who died after contracting coronavirus.

Jon Wain, 49, who had worked as a police constable in Bury for Greater Manchester Police for 17 years, passed away on Monday, February 15. He leaves behind his partner, Gaynor, and two sons.

Nick Oldfield, 48, who worked as a police constable for Staffordshire Police for ten years, died in hospital on January 21, 22 days after contracting Covid-19.  He leaves behind his partner of 20 years Sarah and their three children aged ten, 15 and 18.

Speaking of Mr Wain on behalf of Greater Manchester Police Federation, his colleague Brett Grange said it had been an ‘honour’ to work with him. 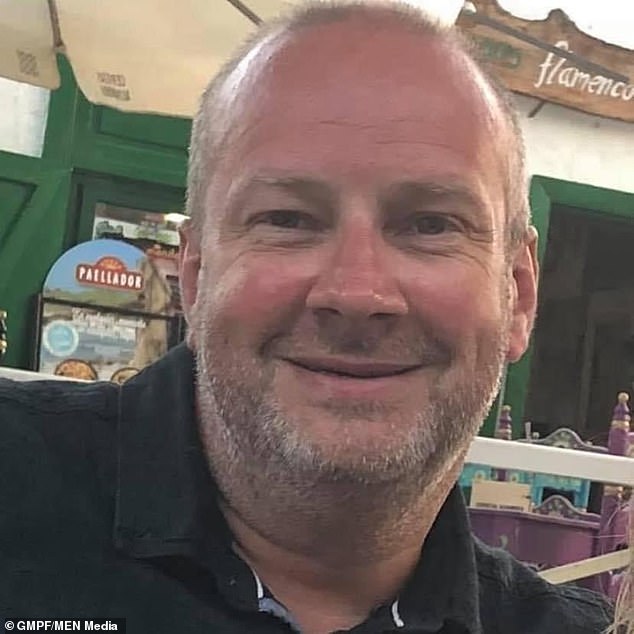 Mr Grange said: ‘I last saw Jon late last year walking his dog. We had a brief socially distant chat on the street and I left him with the words: “Look after yourself Jon”- as we both knew as an operational officer he faced enhanced risk.

‘He faced that risk gallantly and we have all lost a true gentleman to this horrible virus.

‘Our thoughts are with Jon’s family, friends and close colleagues at this very sad time, and we will be supporting them as best we can.’

PC Wain first joined GMP in 2003 and worked in the response team in Bury.

Brett added: ‘Jon was a quiet, friendly and hard-working officer who would always find a way to add either an incisive point missed at a key time or a hilarious quip amongst friends with his trademark smile.

‘Although I and all his old team – and the teams Jon has worked on since – will not feel as much pain as his partner and sons, we feel enough to make this a really bad day for all those who had the honour to work with Jon. 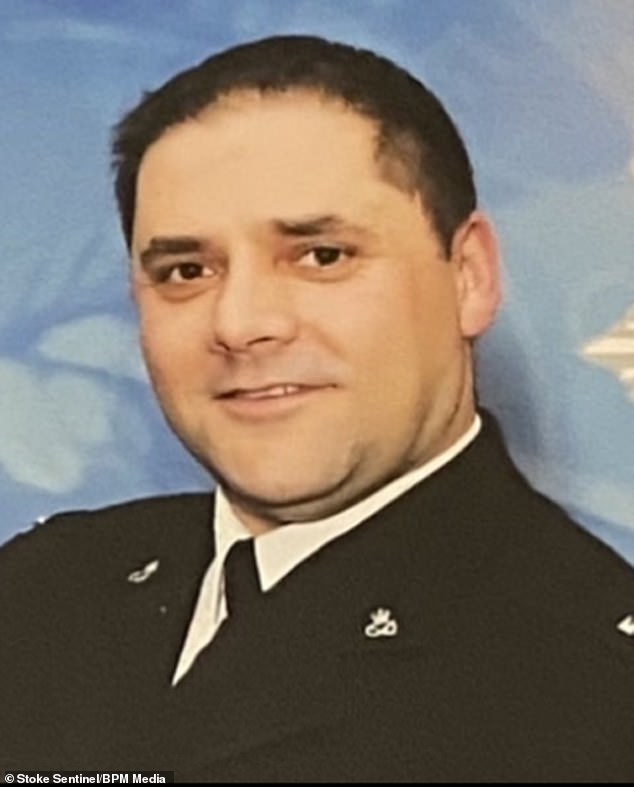 Former PC Nick Oldfield, 48, who died with coronavirus. He worked for Staffordshire Police for ten years

‘The communities of Bury – who he served diligently for 17 years – were very lucky to have Jon keeping them safe.’

‘Thoughts and prayers are with Gaynor and the boys. The community and GMP family have lost a hero.

‘Stand down, your team have it from here. Thin Blue Line just got thinner.’

Tributes have also been paid police constable Mr Nick Oldfield who was described as a ‘truly amazing cop’ and was well-known on the streets of North Staffordshire having spent ten years with Staffordshire Police. 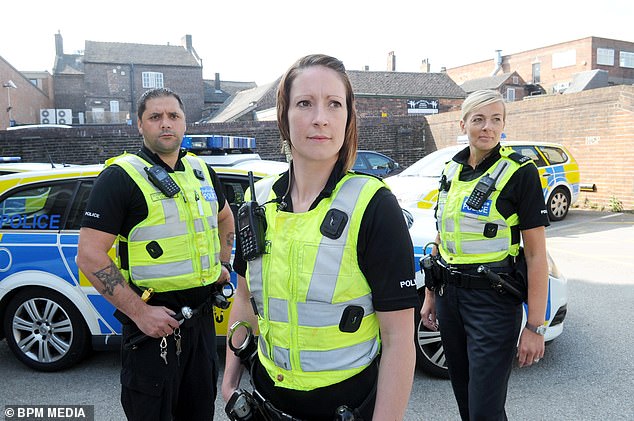 Pictured from left: PC Nick Oldfield alongside PC Ruth Jones and PC Emma Morris. The three were nominated for Our Heroes for conduct when called out to machete attack

During that time, he helped put numerous criminals behind bars and received two commendations for saving lives.

However, he was forced to retire on medical grounds five years ago after being diagnosed with functional neurological disorder – a condition affecting the nervous system.

His grief-stricken partner Sarah, from Hartshill, said: ‘Nick was such a big character. He had the fun-factor and was the Peter Pan who never grew up. He has left a big hole in our lives.

‘We didn’t think Covid would touch us because Nick never went out of the house which is why it’s been so shocking that it took him down.

‘Somehow it got into our house and it got passed to him, because of his medical illness he didn’t leave the house to pick it up. It makes you realise how scary this virus is.’

Nick first tested positive for coronavirus on December 30 after complaining of chest pain and lethargy.

His health then rapidly deteriorated and he was taken into intensive care at the Royal Stoke University Hospital on January 6.

Sarah, 39, said: ‘We rang the emergency doctor about five or six days in because he was in bed constantly sleeping. They said the biggest worry was if he was short of breath but he wasn’t too bad when he was lying down.

‘We didn’t realise how serious it had gotten until I eventually called an ambulance.

‘I was petrified. At first I didn’t want to ring 999 because I knew if he went into hospital we wouldn’t be able to see him.

‘I thought he would sleep it off. Quite a few times we were both worried and put off ringing because we were scared of him going.’

Nick was placed on a ventilator to give him the best possible chance of pulling through.

Sarah, who was Nick’s full-time carer, added: ‘I had a phone call from him saying he needed to be ventilated to help him but he wasn’t sure when. He was trying to be brave so we wouldn’t know it was happening as soon as he got off the phone to us. It was horrible, especially for the children.’

The dad-of-three’s loved-ones then received the devastating news he had passed away on January 21.

Paying tribute to Nick, Sarah described him as an ‘amazing’ dad who was their youngest daughter’s ‘superhero’.

She added: ‘When he was in the police he got two awards because he was heroic. He always threw himself into danger, saving people’s life.

‘He enjoyed everything about his job. He never complained and I don’t think he ever had a sick day. He thought he was like Will Smith from the Bad Boys.

‘Family meant everything, the kids were his world and he was their hero. He was a big clown and was encouraging the kids to get up to mischief.

‘They’re not coping as it happened so suddenly. It’s still a shock now.

‘Because he was such a hero at work, the kids thought even when he got taken into hospital, he would be OK and come home.

‘You read so much about Covid on the news but you don’t think it’s going to happen to you until it does.

‘He will be missed tremendously. I didn’t realise how many people’s lives he has touched until I had that many messages.

‘He brought humour to his colleagues’ jobs and was always there to pick them up when they were down. That’s what he did to us as a family. He was like the glue that held us together.’

Former colleagues have also paid tribute to Nicka and a fundraising page has been set up to help his family.

Sergeant Chris Hood said: ‘Having joined Staffordshire Police with Nick in 2006, we both took the oath together to serve the people of Staffordshire and Nick did exactly that during his time as a Special Constable and Police Constable in Newcastle.

‘He was a character that would lighten up a room which served him well throughout his career calming and comforting those in the toughest of situations. He will be missed as a colleague but much more as a friend, our thoughts are with his family now.’