RUSSIANS who receive a Covid vaccine should be on a sex ban for three days after getting their jab, a health official has said.

The warning came as the nation seeks to boost its sluggish vaccine rollout after becoming the world’s first country to register a drug to combat the virus. 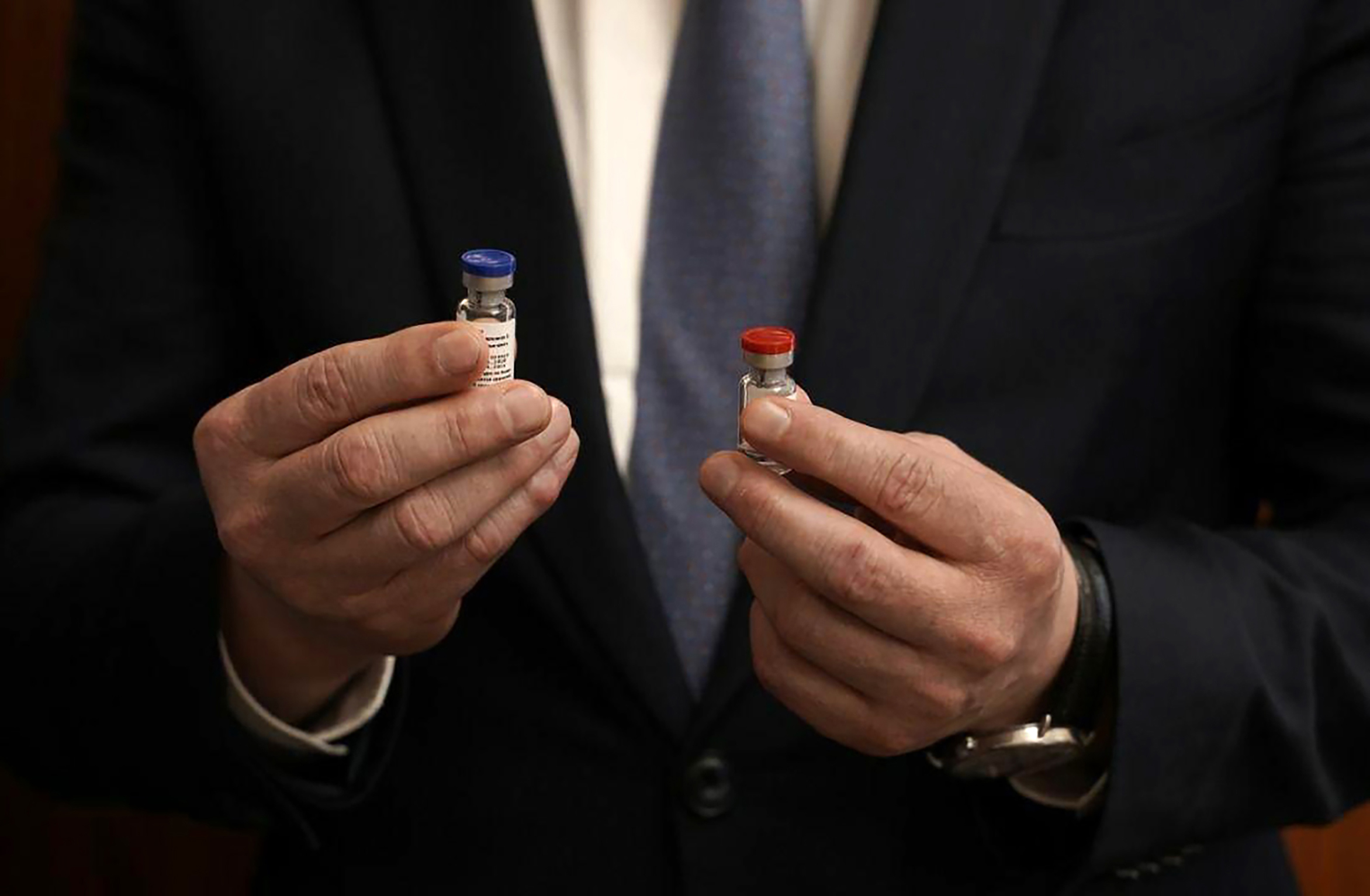 But despite their pharmaceutical success, infections and deaths have spiked in recent weeks as just 13 per cent of the population have received both vaccine doses.

Now the deputy health minister for the Saratov region, Dr Denis Graifer, 38, has urged Russians to stay away from activities that cause "increased physical stress" – including hanky panky – for three days.

He told a press conference, "I believe, and everyone knows this, too, that sex is a very energy-consuming activity.

"So we warn people who have been vaccinated that increased physical activity, including having sex, is not recommended after vaccination."

The country have also warned individuals to avoid alcohol, smoking and visits to the sauna after receiving a vaccine – despite their being no evidence that these activities have any negative effect on the vaccine. 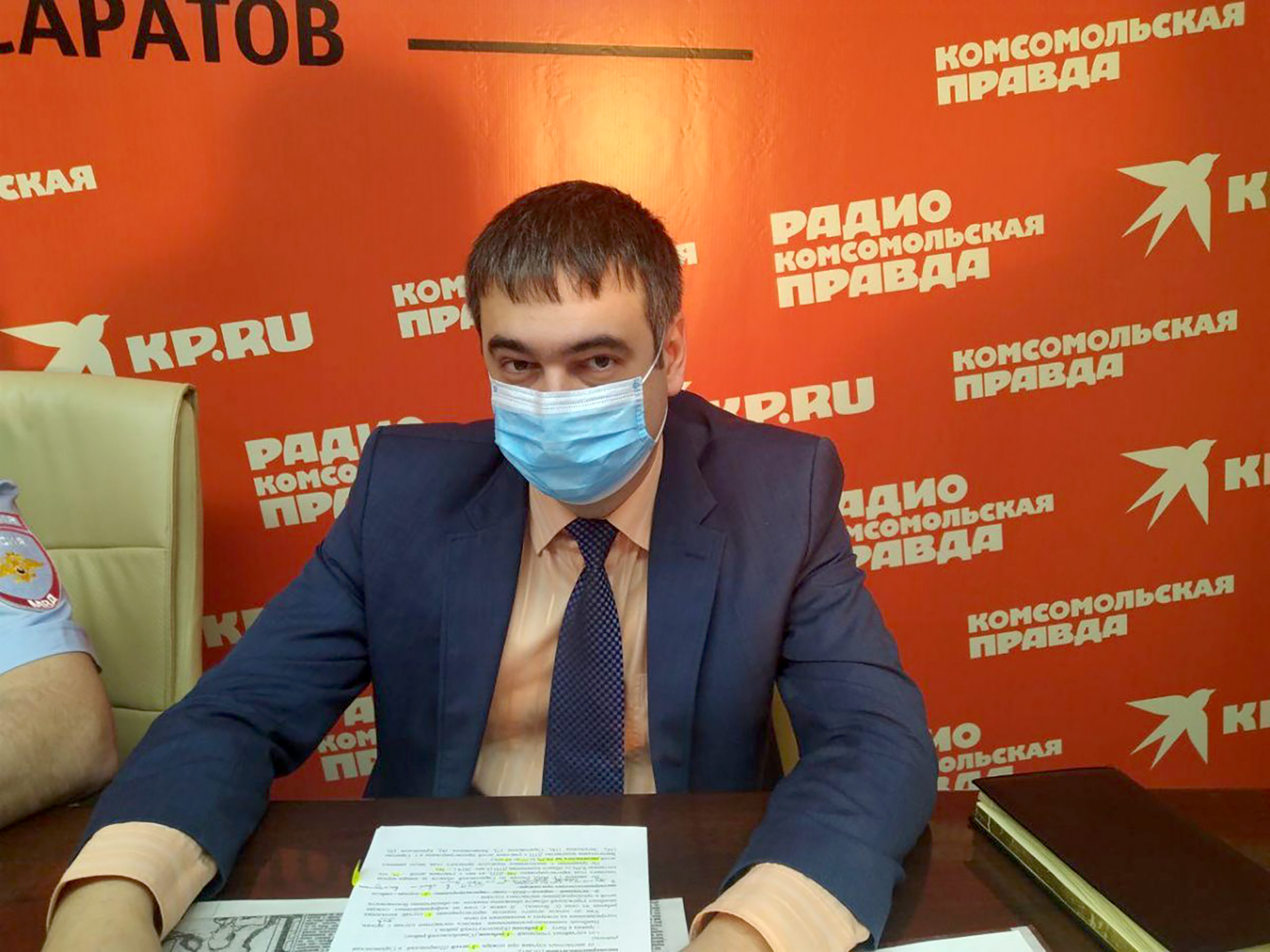 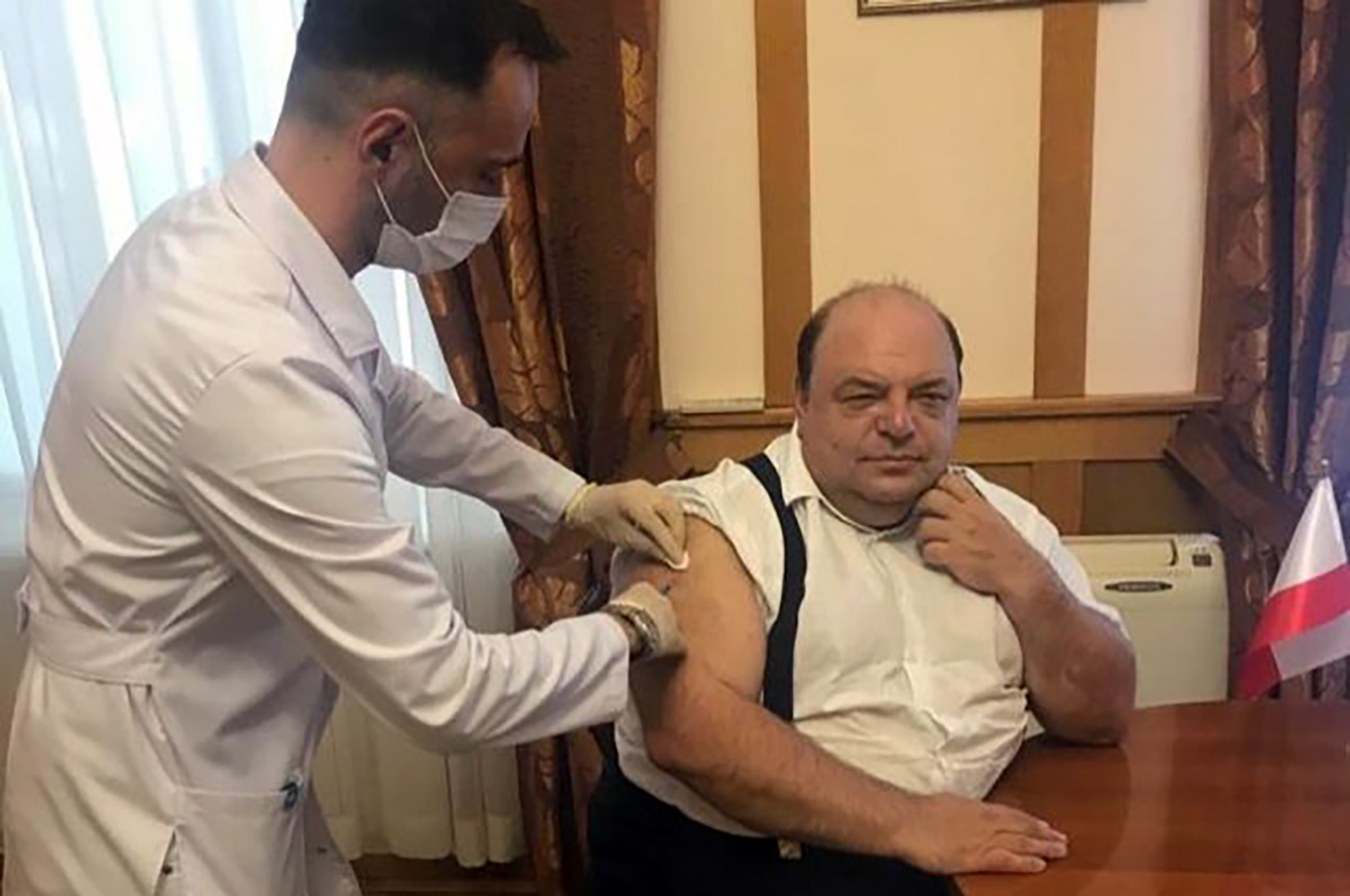 But some health officials across the globe have suggested avoiding booze for a day after being jabbed.

Russia's Sputnik V rollout has been less popular than presumed due to some mistrust of the government and their slapdash execution of the programme.

The married father-of-two Graifer has himself been vaccinated.

Yet the qualified doctor and politician's words of wisdom were publicly criticised on the Russian state media by a senior medical official who dismissed him as a "young colleague" who had been excessive with his sex ban.

"You can do it, just do it with caution," his boss Oleg Kostin said in regards to the veto on lovemaking.

He instead suggested Russians should "have common sense and not overdo it." 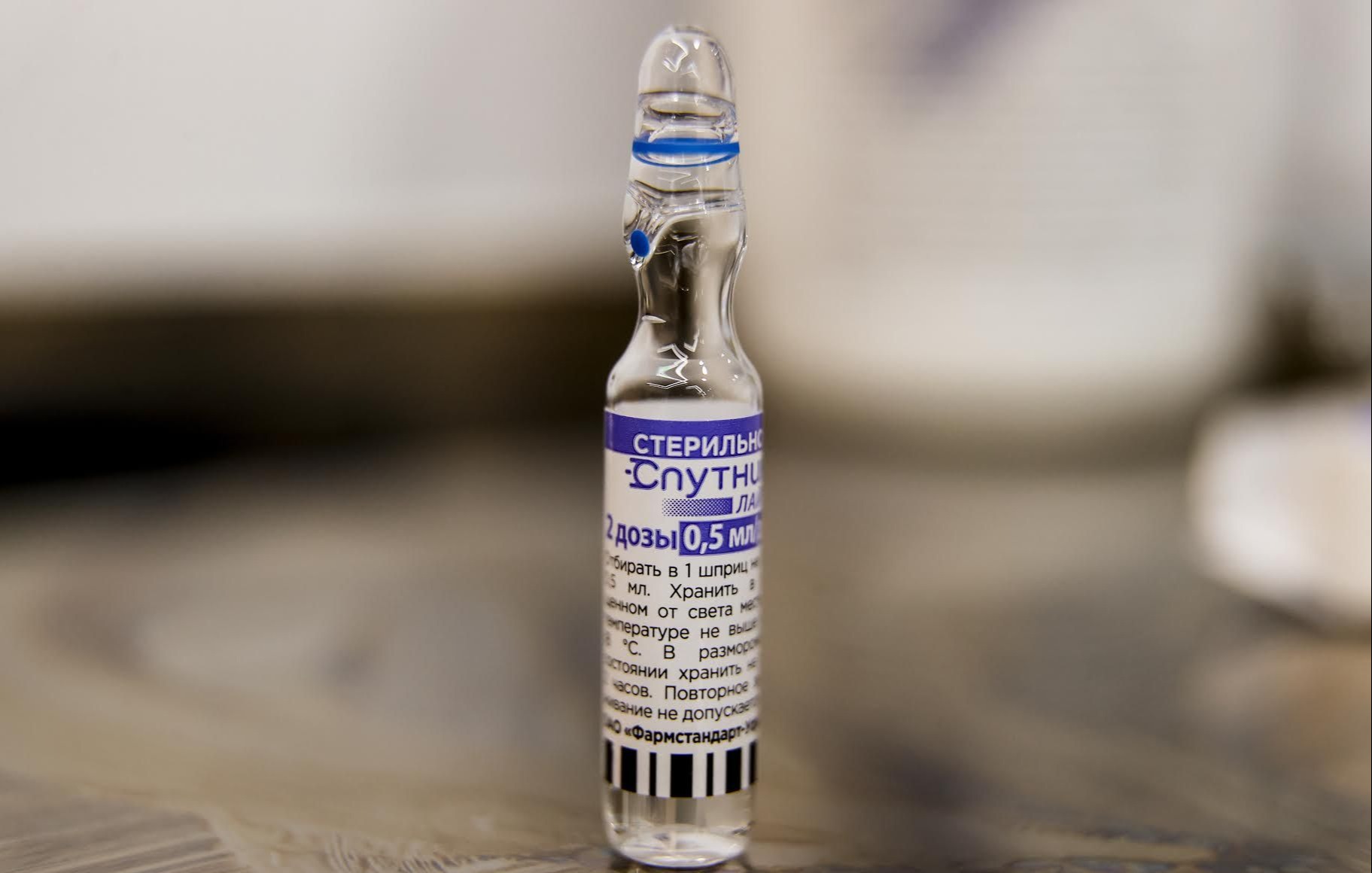 As Russia muddles through its third wave, which is thought to have been exacerbated by the spread of the Delta variant, Moscow again came under fire for its Covid response.

The Economist wrote, "Hundreds of thousands are dead, partly thanks to the Kremlin's incompetence.

"Russia is in the midst of its third and most severe wave of covid-19, with more people dying daily than at any point during the pandemic.

"The number of new daily cases is currently around 25,000, somewhat fewer than in Britain, and rising," the newspaper added.

"But whereas in Britain this surge has translated into an average of 18 daily deaths over the past week, in Russia it has resulted in an average of 670 deaths a day. 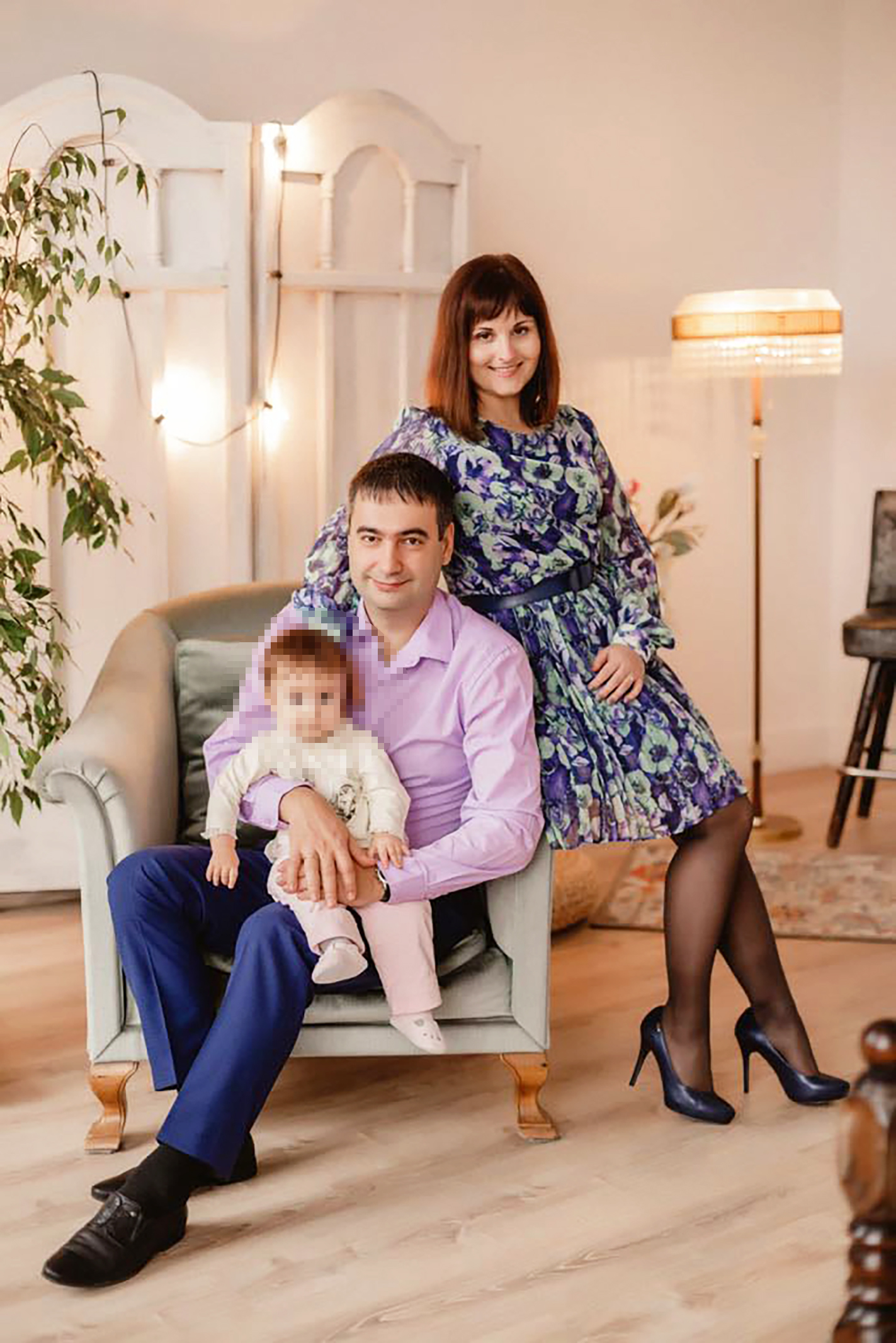 "The contrast is all the more striking because Russia was the first country in the world to approve a working vaccine, one based on the same science as the British-Swedish AstraZeneca one and apparently just as effective.

"But whereas in Britain 78% of the population has received at least one jab, in Russia the proportion is only 20%."

The publication touched on the people's doubt in their leaders, writing: "The difference is not the availability or the efficacy of the jab, but people's trust in the government and its vaccines."

Putin’s government had "other priorities" like jailing his political foe Alexei Navalny and banning street protests, the report claimed.

Russia's official Covid death toll is 141,501, although critics say the true figure is much higher.

Dr Sarah Jarvis, GP and Clinical Director of Patientaccess.com, said: "There is absolutely no reason whatsoever to abstain from sex after the COVID-19 vaccine.

"People who have the vaccine may develop side effects, including redness and soreness around the site of injection, muscle aches and fever.

"These side effects are usually mild and settle within a day or two. If you do have these symptoms, you may not feel like having sex, but it certainly won’t do any harm if you do want to," she added.