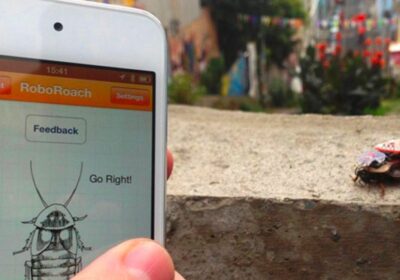 Victims of earthquakes or other disasters could one day find themselves being rescued by an army of solar-powered cyborg cockroaches.

A team of scientists led by Dr Kenjiro Fukuda, from the Riken Cluster for Pioneering Research in Japan, has added tiny electronic control circuits and a flexible solar panel to cockroaches’ bodies to create a robotic remote-controlled insect with almost limitless stamina.

“Body-mounted energy-harvesting devices are critical for expanding the range of activity and functionality of cyborg insects,” Dr Fukuda said.

He says that swarms of his tiny insectile cyborgs could play a valuable role in search and rescue operations. Asked if it's cruel to customise the insects' bodies in this way, Dr Fukuda says: “It depends on how much we care for the ethics of insects.”

Bearing in mind how notoriously hard the cockroach is to kill, the robotic bugs could explore areas contaminated with radioactive waste or other hazards.

The technology that controls the bugs is almost brutally simple. A mild electric shock on one side of its body temporarily disables its legs on that side – causing the bug to turn in the desired direction.

The idea has been discussed in scientific circles for some time, but now that Dr Fukuda’s team has managed to create a miniature solar cell small enough, and flexible enough, to be carried by the cyborg cockroach – the robot bug is now at last a practical possibility.

Disaster recovery is just one application for the undead bugs. The Pentagon has already conducted experiments to see if flying insects could be used to carry a miniature video camera into enemy territory for undetectable surveillance.

A working prototype of DARPA’s Hybrid Insect Micro-Electro-Mechanical System was demonstrated in 2008, and while little has been since been heard publicly, there could well be tiny remote controlled flies buzzing around your home right now.