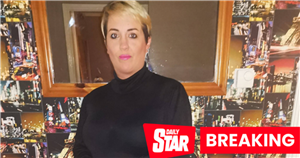 A "depraved" female paedophile who raped a girl under the age of 13 has been jailed for life.

Vicki Bevan sexually abused a vulnerable victim who cannot be identified because she is entitled to anonymity for the rest of her life.

The 37-year-old from St Helens raped and performed sex acts on the young child along with Paul Rafferty, 62, and a second man, Tony Hutton, 42.

All three had previously pled guilty to the charges.

Bevan was jailed for 36 sexual offences, including the rape of a young girl.

Rafferty plead guilty to 10 sexual offences, including rape of the girl along with Bevan and was sentenced to 10 years.

Hutton plead guilty to four sexual offences and was sentenced to 4 years.

Their horrific sexual abuse was filmed and photographed, and images were shared between the group on Kik Messenger along with twisted messages.

Earlier this year Bevan was seen laughing and smiling with security officers before wiping away tears with a white tissue when a judge came into court.

Judge recorder Andrew Menary QC said the "scale of depravity" seen in the group's attacks on the child "beggars belief".

You can also get email updates on the day’s biggest stories straight to your inbox by signing up for our newsletters .