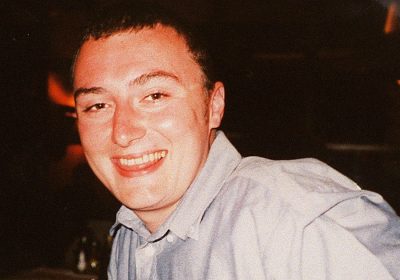 On the 20th anniversary of a British backpacker going missing, one of the missing person case's lead investigators has revealed they think they know where his body could be buried.

Peter Falconio, 28, and his girlfriend Joanne Lees, 27, were abducted on Australia’s remote Stuart Highway in 2001.

Lees, now 47, escaped but Falconio was never seen again – and drifter Bradley Murdoch was convicted of shooting him dead and sentenced to life in jail.

Asked this week about the case, Northern Territory Police in Australia still it is very much "open and active", the Mirror reports.

Detective Senior Sergeant Karl Day said: "Northern Territory Police are urging anyone out there, with any information that may assist Peter’s family in gaining some sort of closure, to come forward and contact police.

"We are thinking of Peter’s family and friends on this anniversary and remain hopeful that such a milestone may jolt some information and progress the investigation."

A spokesperson added: "Mr Falconio’s remains have never been found and the missing person’s case remains open and active."

But retired investigator John Daulby, 70, who ran the probe into the disappearance of 28-year-old Falconio in 2001, says he believes Peter’s body could be buried in the vast Tanami desert.

Northern Territory Police searched swathes of land closer to the crime scene for Peter’s body but Murdoch, now 63, is the only person who knows where the remains lie, Daulby said.

Murdoch was spotted on CCTV at a petrol station in Alice Springs – about 190 miles south of the crime scene – in the hours after the attack.

He is then said to have driven around 800 miles through the night and the following day across the inhospitable Tanami Track, reaching Fitzroy Crossing in Western Australia at about 8pm.

"Murdoch returned to the Shell truck stop but whether he was game enough to leave Peter’s body in the back while he got fuel I’m not too sure," Daulby, the former assistant commissioner of Northern Territory Police, told the Mirror.

"My personal theory is the body has been buried on the way across the Tanami Track or between Barrow Creek (near the crime scene) and Alice Springs.

"There were two searches conducted by the Territory response group in the first few weeks, several kilometres north and south of the crime scene."

Police conducted another both sides of the highway towards Alice Springs a couple of months later, he said.

But he said unless there was specific information as to where to look, it would be difficult for police.

"Tanami is just so huge," he said.

Murdoch is eligible for parole in 2032 but in 2016 a "no body, no parole" law was passed in the Northern Territory, preventing him from being released on parole unless he reveals where Peter’s body is.

He maintains his innocence and has made two unsuccessful appeals since his 2005 conviction.

Speaking of what Peter's parents have been through, Daulby added: "They reached a point in time when they realised he was dead.

"I would like to think one day this can be resolved and Peter’s body can be returned to them.

"As far as the body is concerned, the case is not closed – although we know we got the killer."