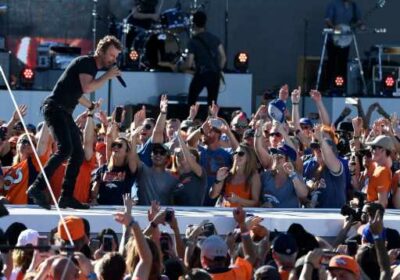 Whiskey Row, the restaurant and bar franchise owned by country musician Dierks Bentley, will make its debut in Denver this New Year’s Eve, more than two years after initially announcing plans to come to Lower Downtown.

The business took over the 22,000-square-foot space at 1946 Market St., which was formerly home to Lodo’s Bar and Grill and a neighboring pop-up bar briefly called Neon Baby. According to a statement, the buildings underwent extensive renovations to add a stage for live music, upgrade the venue’s sound system, and build a 65-foot LED wall intended to enhance the concert experience.

Construction delays due to COVID-19 played into the extended renovation and opening timelines, according to a spokesperson.

Denver’s Whiskey Row marks the fifth location nationwide behind Nashville, Scottsdale, Ariz., and Gilbert, Ariz. An additional restaurant in Tempe, Ariz., closed recently due to the pandemic. Bentley has previously performed at Whiskey Row locations in other cities, though there’s no word on whether he plans to stop in Denver soon.

(Despite Dr. Anthony Fauci’s advice to forego large New Year’s Eve celebrations as the COVID-19 omicron variant spreads like wildfire, parties in Denver are still booked to ring in 2022.)

Whiskey Row bills itself as an American gastropub and nightlife destination with “a rock and roll attitude inspired by Dierks himself,” according to the website. Consider it a place where you might see pretty girls drinking tallboys, though cocktails are on the menu, too.

Food options include nachos and other bar-type appetizers, burgers and sandwiches, and entrees like beer-can chicken. Additionally, the restaurant will debut brunch on New Year’s Day from 10 a.m. to 4 p.m. with items such as chicken and waffles, burritos, and avocado toast.

“I spend a lot of time in Colorado, so it was definitely the most fitting next spot for Whiskey Row,” said Bentley, who moved with his family to Telluride in 2020, in a statement. “The neighborhood is a great vibe for experiencing Denver whether you’re a local or a tourist, and I can’t wait until I get to be back out there and have a cold one in the Mile High City at my very own place.”

Subscribe to our new food newsletter, Stuffed, to get Denver food and drink news sent straight to your inbox.