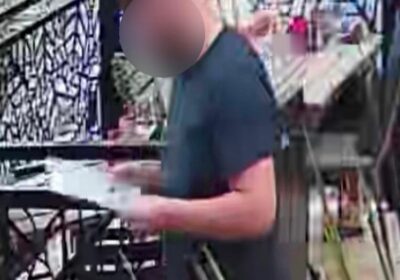 Two diners racked up a hefty bill at a Michelin star restaurant before doing a runner without paying, subsequently being called out online by the owners.

The slap-up meal at Muse, in Yarm, Teesside, came to £150 but the pair are said to have "just got up and left" without paying their tab.

CCTV stills of the alleged culprits were shared on the restaurant's Facebook page on Friday morning and a deadline of tomorrow was given before police would be contacted.

The two men can be seen sat on a table outside the venue in shorts and T-shirts.

They had dined at around 8.25pm yesterday, according to the post which was titled: "HELP NEEDED."

It said: "Please can the two guys that just got up and left without paying their £150 bill at 8.25pm on Thursday 19th May please contact us.

"We just want the bill settled so we don’t have to take this matter any further.

"If anyone recognises them please urge them to get in touch to settle the bill.

"If we have not received payment by 12 noon Saturday we will be informing the police."

The Facebook post attracted more than 290 shares in less than 12 hours, with one commenter branding the incident "shocking".

Another added: "I have shared I hope they pay up!!! It’s just getting worse and worse for businesses!"

Muse is a Michelin star restaurant open for breakfast lunch and dinner.

It comes after a different restaurant owner has slammed a group of "arrogant" customers who talked down and "aggressively grabbed" his waitress.

He said they also refused to leave a tip on their £1,000 bill – and he has vowed to pay the staff member the full amount that the group spent to make up for her mistreatment.

Lee Skeet, who previously worked with Gordon Ramsay but now owns Cora in Cardiff, has said he was approached by his waitress on Wednesday night after the incident involving a group of six "disrespectful" diners.