Footage of the horrible incident was filmed by a fellow passenger on board a train in Shanghai this week. 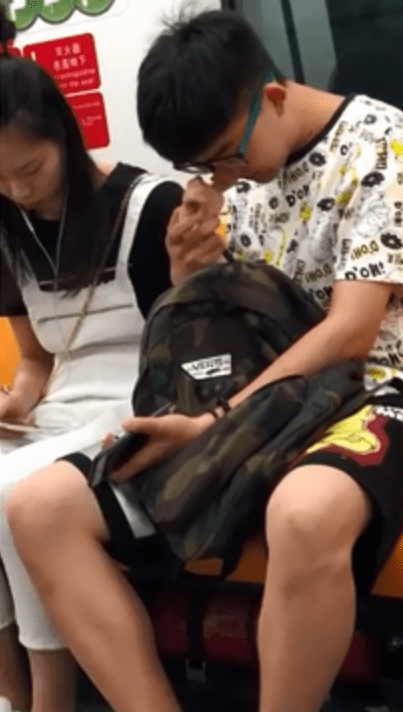 His seemingly unsuspecting other half is engrossed in her phone while he uses her digit to dig around in his schnoz.

The couple are holding hands and it first appears that he is just brushing her hand against his face.

Only later does he force out her finger and ram it up his hooter.

The gross 30 second clip emerged online just hours ago and has already been viewed more than a thousand times. 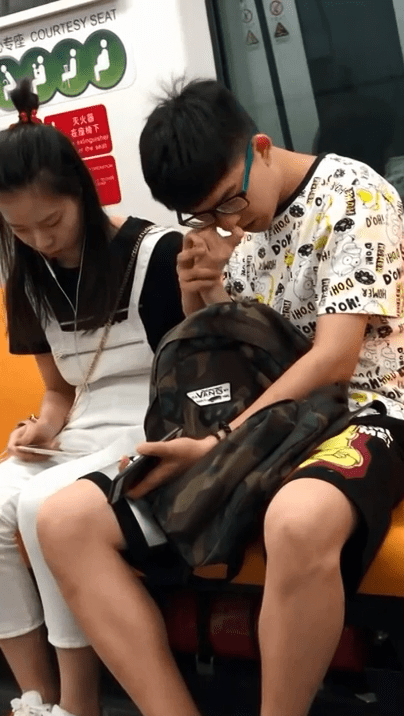 One user commented: "Hold on while I…throw up in my mouth. What in the f***'s name is going on here?"

Another added simply: "Who does this?"

A further user claimed: "She's sharing drugs with him."