Consultant anaesthetist was punched in face by ex-wife after calling her a ‘psychopath’ outside £450,000 country home he shared with hospital nurse he had an affair with, court hears

A doctor was punched in the face by his ex-wife outside the £450,000 countryside home he shared with a hospital nurse with whom he’d had an affair, a court heard.

Consultant anaesthetist Dr Anthony Doyle was ‘shocked’ when Vicki Doyle struck him with a clenched fist to the side of the face after he called her a ‘psychopath’ in an ugly row.

The couple had been married for 20 years and had two children together before Mr Doyle had an affair with hospital nurse Sarah Williams in 2018.

Tensions boiled over in January when Mrs Doyle, an NHS administrator, took their daughter to see her father  at his home in Bradford Peverell, Dorset, after the two had an argument over the phone.

When the teenager became upset on the doorstep the 53-year-old got out of her car to intervene.

During the ensuing argument, he repeatedly called Mrs Doyle a psychopath, magistrates heard.

She struck him across the face and Ms Williams, who was inside the house at the time, called the police.

Mrs Doyle was arrested and later charged with assault by beating. She denied the charge, but was found guilty following a magistrates’ court trial. 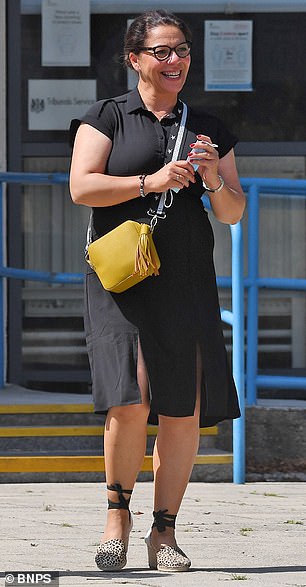 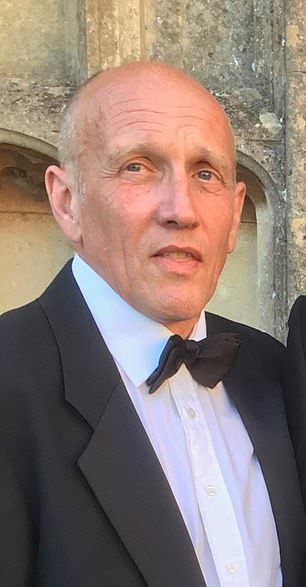 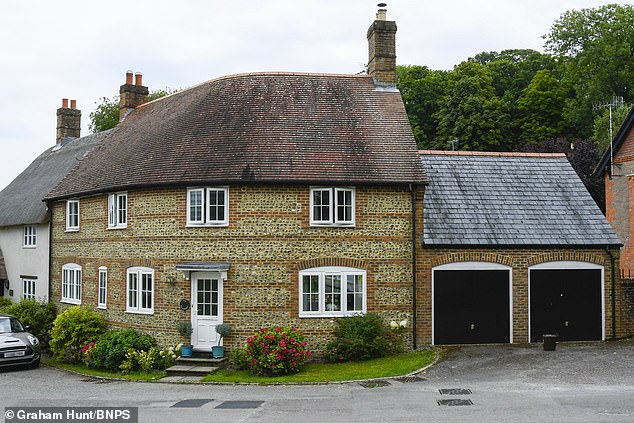 Harrison Willis, prosecuting, told Poole Magistrates’ Court: ‘Mr Doyle was at home with his partner Sarah Williams and had been on the phone to his daughter.

‘Following that she and the defendant arrived at the address. He invited his daughter in but things got heated.

‘He made comments along the lines of ‘you’re behaving like a psychopath’.

‘At this point the crown say the defendant hit her ex-partner once to the side of his face.’

Giving evidence, Mr Doyle, who works at the Dorset County Hospital in Dorchester, said the punch nearly knocked him to the ground.

He said: ‘My daughter was actually walking away and the next thing I knew I felt a punch on my right cheek. 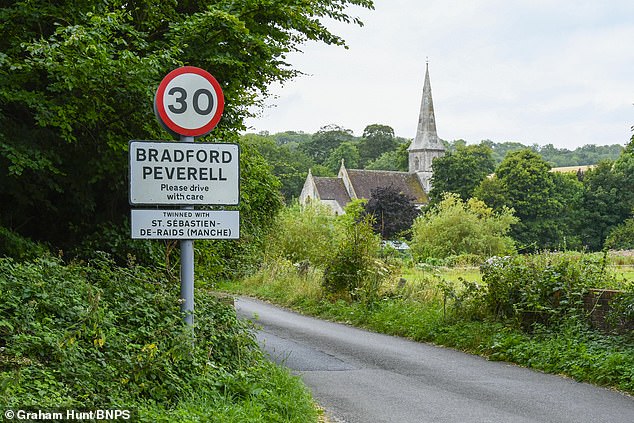 Dr Doyle was living in the home in the Dorset village, pictured, with nurse Sarah Williams, whom he had had an affair with in 2018

‘It nearly knocked me over and was with a clenched fist. I fell back and felt shocked and surprised. I was not expecting it.

‘There was physical pain but no lasting injuries and no medical attention was needed.’

Mr Doyle initially made no mention of the affair but admitted it when pressed by defence solicitor Lee Christmas.

Mr Christmas said: ‘You’ve said that the relationship ended in December 2018 and your relationship with Sarah Williams began two years ago but that is not strictly true is it?

‘Is it not true that the marriage ended because you had an affair with your current partner?’

Mrs Doyle admitted that she ‘lashed out’ but said she acted to protect herself and her daughter from verbal abuse.

She also called on the legal system to treat mental injuries as seriously as physical injuries. 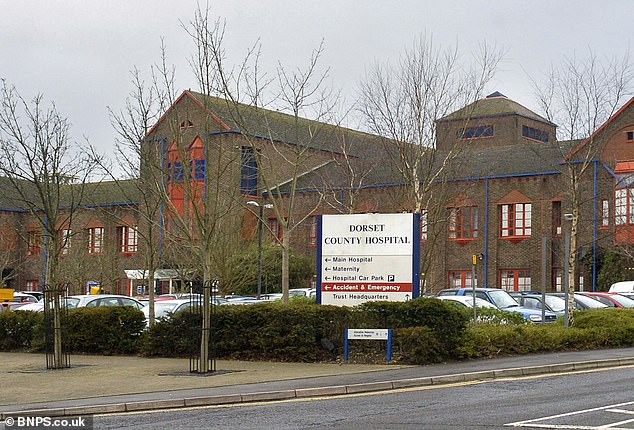 Giving evidence, Mr Doyle, who works at the Dorset County Hospital in Dorchester, said the punch nearly knocked him to the ground

She told magistrates: ‘This is someone I spent 26 years with and I hung on his every word.

‘When he tells me I have a personality disorder, I believe him.

‘If I had gone to his house, knocked on his door and slapped him in the face then I would understand all this but that is not what happened.

‘I lashed out to protect my little girl and myself.

‘People can harm you with more than fists and that is something the legal system should take into account.’

After hearing all the evidence over the two hour trial, magistrates found Mrs Doyle guilty of assault by beating.

She was handed a 12 month suspended sentence and a year-long restraining order preventing any contact with Mr Doyle.

She was also ordered to pay £321 in costs to the court.