With Twitter friends like these, Mr Corbyn: DOMINIC LAWSON on the Kremlin ploy which shows the Labour leader is dangerously aligned with a gangster regime

Occasionally we learn something which is at one and the same time both completely predictable — and yet fascinating.

So it is with the Sunday Times’s revelation that an online army of thousands of Russian Twitter accounts — disguised as belonging to ordinary Britons — had been campaigning for Labour and attacking the Conservatives during the final week of last year’s General Election campaign.

It’s fascinating, because nothing like this has happened during any previous British election.

It’s predictable because Jeremy Corbyn entirely shares Vladimir Putin’s hatred of U.S. influence: in particular, the Labour leader is as hostile as the Russian President is to the Western military alliance known as NATO. 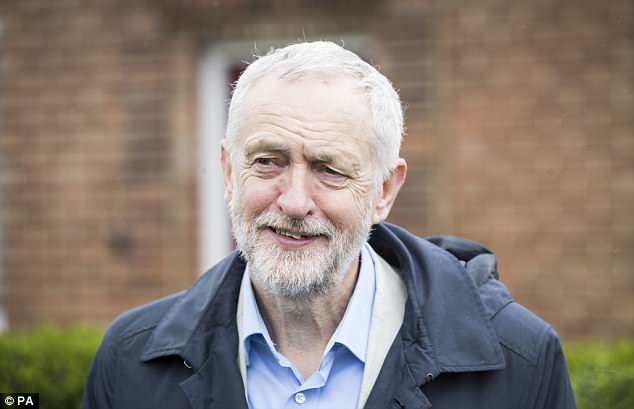 Jeremy Corbyn entirely shares Vladimir Putin’s hatred of U.S. influence: the Labour leader is as hostile as the Russian President is to the Western military alliance known as NATO

Naturally, the Kremlin would do what it could to ensure the next British Prime Minister would be, in effect, its agent of influence. Indeed, until he became Labour’s leader, Corbyn was a regular guest on the Kremlin’s English language TV channel RT (Russia Today), and praised it, tweeting: ‘Try Russia Today’.

We will never know to what extent these Russian Twitter accounts (under names such as ‘Jessica Langdon’, ‘Irene Gray’ and ‘Gabrielle Wilson’) actually contributed, if at all, to Corbyn’s unanticipated success in denying Theresa May a parliamentary majority in June 2017.

But as the Digital and Culture Secretary, Matt Hancock, observed yesterday: ‘The social media companies need to act to safeguard our democratic discourse and reveal what they know.’

I’d hope this is a Kremlin ploy which has misfired, in the sense that its being made public will alert more people to the fact that Jeremy Corbyn is dangerously aligned with a gangster regime.

Admittedly, Corbyn has done a pretty good job of alerting British voters to this fact, by his refusal to criticise the Kremlin over the use of lethal Russian nerve agents on the streets of Salisbury, poisoning the British agent Sergei Skripal and this former Russian intelligence officer’s daughter, Yulia. Corbyn’s head of communications, the former Guardian columnist Seumas Milne, was especially assiduous in trying to persuade British journalists that the Kremlin had nothing to do with this repulsive incident in Britain’s most beautiful cathedral city.

But then Milne, an apologist for Stalinism over many years, was in 2014 given an expenses-paid trip to appear alongside Putin at a summit in Sochi designed to promote the Russian leader’s great wisdom.

Perhaps the weirdest aspect of this Marxist schmoozing with Putin is that while the Russian leader was an officer in the former Soviet secret service, the KGB, his sympathies are much more akin to fascism than anything that could be described as Left-wing.

In 2014 — the same year Milne palled up with him in public, Putin defended the Molotov-Ribbentrop Pact — the alliance struck by the Kremlin with Nazi Germany in 1939 (‘What is so bad about it?’).

And the political philosopher Putin cites as his inspiration is assuredly not Karl Marx but Ivan Ilyin (1883-1954).

Ilyin, who was expelled from the Soviet Union in 1922, addressed the so-called ‘White Russians’ who wanted to overthrow the Communists as ‘My White brothers, fascists’.

Later, Ilyin advocated Hitler as the only antidote to Communism, and even after the true horrors of Nazism were revealed, he declared that ‘fascism is a redemptive excess of patriotic arbitrariness’ — this was meant as a compliment. That is the man so admired by Putin that in 2005 he imported Ilyin’s remains from Switzerland, and reburied them in a Russian monastery with full honours. 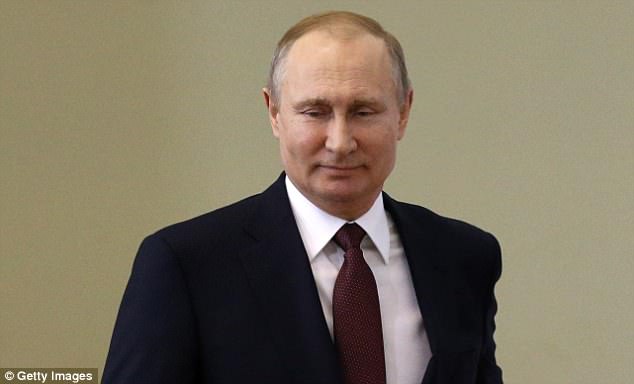 Putin’s sending his military to seize territory, ostensibly to ‘defend ethnic Russians’ in Ukraine, is redolent of Hitler’s march into the Czech Sudetenland 80 years ago

It was in the same spirit that the Kremlin organised a conference of far-Right foreign politicians supportive of Putin’s annexation of Crimea. The British delegate was the BNP’s Nick Griffin.

Putin’s sending his military to seize territory, ostensibly to ‘defend ethnic Russians’ in Ukraine, is redolent of Hitler’s march into the Czech Sudetenland 80 years ago: the Fuhrer claimed it was necessary to protect the rights of ethnic Germans. When Corbyn made excuses for Putin’s invasion, I wonder if he knows what sort of company he is in.

I don’t suppose he realises that Putin’s biggest fans in the U.S. are the former leader of the Ku Klux Klan, David Duke, and the neo-Nazi Richard Spencer.

It is true that both Spencer and Duke had voiced support for Donald Trump, in the property developer’s battle to succeed Barack Obama as President.

But the point is that while the Corbynistas use this as one of their justifications for planning mass demonstrations against Trump when he visits this country in July, they would not dream of doing anything like that if Putin came over here.

And while the Kremlin has for years used ballot rigging and the jailing (or even murder) of political opponents to secure Putin’s grip on the Presidency of Russia, Trump — for all his crudeness — is the freely elected leader of the Western world.

And in that phrase lies the reason the British hard-Left will demonstrate in London against Trump, but cosy up to the fascist-inspired Putin.

Corbyn, and those closest to him, hate everything about the ‘imperialist’ West: therefore, our sworn enemy in the Kremlin is their friend. As those faked Twitter accounts demonstrate.

Why Amber was asking for it

When, on Monday, April 16, Amber Rudd stood up in the Commons and blamed the Civil Service for the callous treatment of the so-called Windrush generation — ‘The Home Office has become too concerned with policy and strategy and sometimes loses sight of the individual’ — she might have thought she was getting out of trouble.

In fact, she was asking for it. Rudd has had a remarkably rapid political ascent (she only became an MP in 2010): a more experienced minister would know the officials’ revenge would be savage.

Thus, over two weekends, officials leaked Home Office documents to The Guardian which completely destroyed the Secretary of State’s position.

Six days after her rash Commons statement, the paper published a leaked private memo from Rudd to Theresa May, in which the Home Secretary set out her ‘ambitious’ plans to increase the focus of her department on ‘arresting, detaining and forcibly removing illegal migrants’ and ‘ruthlessly’ prioritising resources to that end. 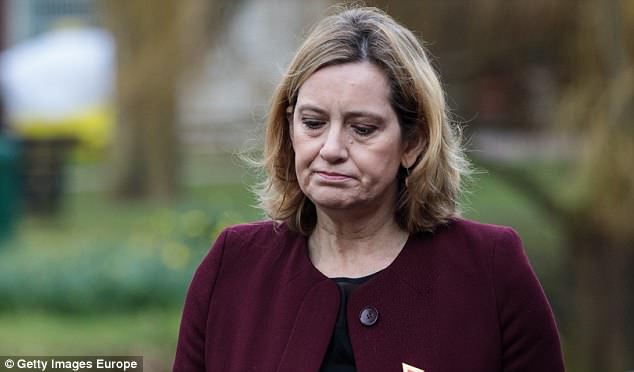 This was sent to the PM just months before the Windrush migrants were threatened with deportation. In other words, Rudd had been pushing officials to behave in exactly the way she then criticised them for in the House of Commons.

Last Saturday, The Guardian leaked a memo copied in to Rudd, which had informed her that the Home Office set a ‘target of achieving 12,800 enforced returns [of illegal migrants] in 2017-2018’. Coming only days after Rudd had told Parliament ‘we don’t have targets for removals . . .’, this was a devastating exposure of ministerial ignorance at best (Rudd’s only — and hopeless — defence had been to say she ‘wasn’t aware of the targets’).

Interestingly, there was never any talk of a ‘leak inquiry’ — the normal government response in such circumstances. Ms Rudd had no stomach for further conflict with her officials. And last night she surrended.