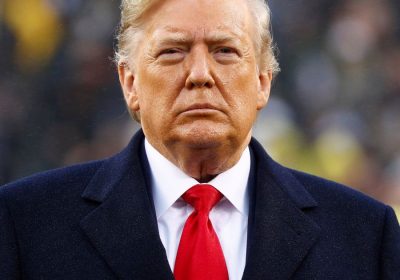 Donald Trump has suffered yet another embarrassing blow – he’s had a golf tournament stripped from one of his courses.

The 2022 PGA Championship was due to take place at the Trump National course at Bedminster in New Jersey.

But following the chaos which unfolded in Washington last week – when Trump-supporting rioters stormed the US Capitol – he has been stripped of it.

It comes as the Republican US President faces impeachment for the second time after the riot.

The PGA of America voted to terminate the agreement on Sunday, with organisers saying they felt using the course for the prestigious tournament would be "detrimental".

Trump, a golf fanatic, was "gutted" by the decision, according to US reports.

He spent one in every five days on the golf course in 2019, CNN reported.

The Bedminster course had been awarded the tournament back in 2012 before Trump ran for the US presidency.

Jim Richerson, PGA of America President, said: “It has become clear that conducting the PGA Championship at Trump Bedminster would be detrimental to the PGA of America brand, it would put at risk the PGA's ability to deliver our many programmes and sustain the longevity of our mission.

"Our board has thus made the decision to exercise our right to terminate the contract to hold the 2022 PGA Championship at Trump Bedminster."

The Trump Organisation hit back, saying the PGA “have no right to terminate the agreement” and the decision was a breach of contract.

A representative for the organisation said: "We have had a beautiful partnership with the PGA of America and are incredibly disappointed with their decision.

"This is a breach of a binding contract and they have no right to terminate the agreement.

"As an organisation, we have invested many, many millions of dollars in the 2022 PGA Championship at Trump National Golf Club, Bedminster."

This move is the second time in recent years the PGA has decided not to hold an event at a Trump-owned course.

The Trump National in Los Angeles was due to hold the 2015 Grand Slam of Golf.

But it was axed after the then-presidential candidate made comments about Mexican immigrants.

In total, five people died in the riot last week.

The mob carried out the attack after Trump told supporters to "fight like hell" in his bid to overturn Joe Biden’s win in November’s presidential election, the Guardian reported.

Democrats in the House of Representatives plan to hold a vote to impeach Trump on Wednesday.